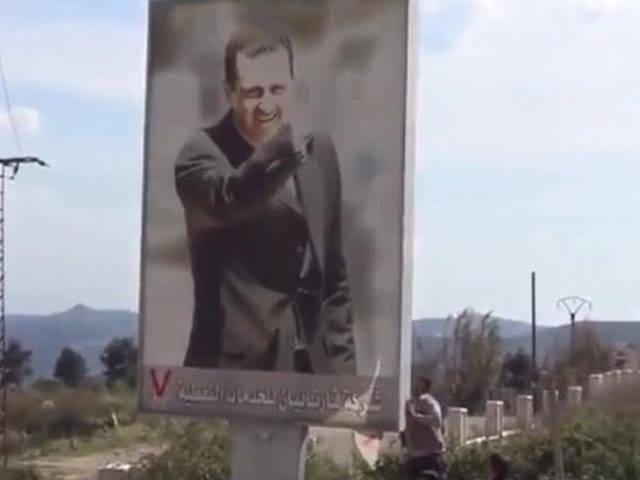 Syrian government forces deployed anti-aircraft missile systems near the border with Turkey. Their task is to intercept aircraft if they violate the airspace of the Arab Republic. Relations between the two countries once again aggravated after the massacre in the Syrian city of Kessab. Several dozen Armenian Christians who lived there were brutally murdered by al-Qaeda militants. Moreover, the extremists penetrated into Syria from the Turkish territory.

The video of the mass execution of Armenians exaggerated in the media and social networks is not authentic. This was stated by the mayor of the Syrian city of Kessab - Vazgen Chaparyan. In an interview with the Armenian news portal News.am, the head of the city called the video a fake. But he confirmed that for several days the events in Kesab are unfolding in a tragic scenario.

Turkey, bypassing international laws and obligations, first fired on Syrian border areas, and then opened the way for extremists fighting against Syrian government forces. Al-Qaeda militants attacked the frontier Kesab, inhabited mainly by Armenians. Reported 80 dead. Latakia had to evacuate around 700 Armenian families. According to the mayor, a few days ago only a few dozen people remained in the city - mostly elderly people who could not move on their own.

“My parents and relatives were evacuated to Latakia because of the Turkish attack on Kessab,” said Astghik Ashekyan, a resident of Kesab, a student at the American University of Armenia. “I hope the Syrian army will be able to clear the city of Islamists, and Armenian families will return to their homes.” The Kesab Armenians in Latakia lack basic things: they left their houses in a hurry, without taking any clothes or documents. Now they are trying to help employees of the Red Crescent and the Syrian government.

Immediately after the tragic events, the parliamentary delegation of Armenia left for the Arab Republic. The deputies met with refugees in Latakia and tried to assess the humanitarian situation, find out how to help the Syrian Armenians. The same issues were discussed at a meeting with Syrian President Bashar Assad.

“The primary task of our visit is to show our compatriots that we are near,” said Samvel Farmanyan, deputy of the National Assembly of the Republic of Armenia. “To tell them that Armenians around the world are empathizing and ready to share the evils that have afflicted them. he lives - in Kesab, the United States or Russia - this is the pain of the whole nation. "

The Syrian military are fighting with terrorists for Kessab. But they are moving extremely slowly to cause the least damage to the city. This damage has already acquired a catastrophic scale. The Armenian parliamentarians compared what was seen on the scene with the 1915 genocide of the year.

“We condemn any manifestations of terrorism, the violation of the rights of national minorities is not acceptable,” said Samvel Farmanyan, deputy of the National Assembly of the Republic of Armenia. “This is the case when the world community is obliged to speak out and take all measures to protect the civilian population. We are primarily talking about Armenians, but we must not forget that people of all nationalities are suffering there. "

Residents of Kessab had to leave him already three times. The Turks attacked him in 1909 and 1913. The blackest page in stories cities - 1915 year. As a result of the genocide in the Ottoman Empire, half a million Armenians were killed. More than five thousand are residents of Kessab. Turkey refuses to recognize the genocide to this day.

In the XXI century, history repeats itself. And now users of social networks all over the world speak out in defense of the city residents. The campaign "Save Kesab" started on Twitter and Instagram. American film star of Armenian origin Kim Kardashian in his microblog calls for preventing a recurrence of the genocide. Her example was followed by Travis Barker, a punk band Blink 182 drummer, who, according to him, has many Armenian friends.