LAS, Turkey and the United States - against Syria 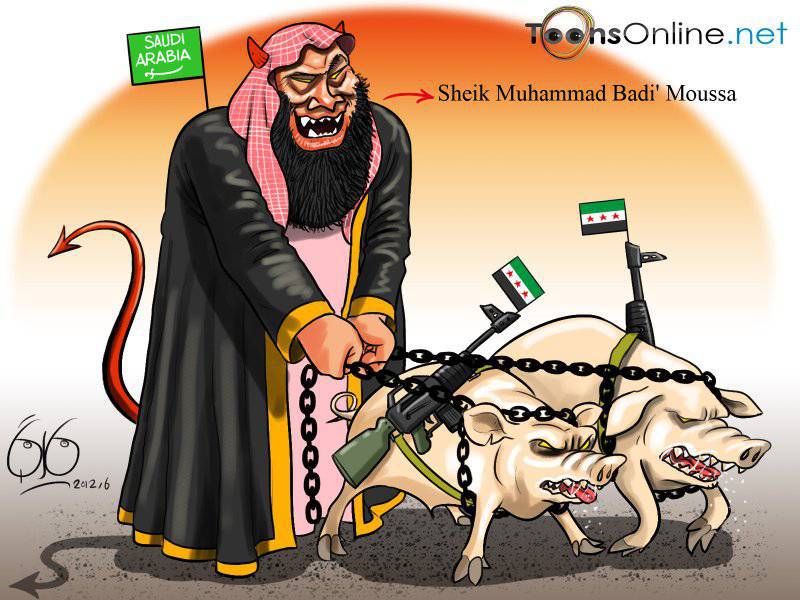 In late March, a summit of the League of Arab States (LAS) was held in Kuwait. As a matter of fact, this League has already managed to compromise itself a long time ago, at a time when the West and the United States were planning barbaric bombings on Libya in 2011 year. Instead of defending a fellow country, the Arab League, in contrast, called on it to bomb, which gave NATO countries political cover. The position of the Arab League on Syria was no better than that - even in the same year 2011, this organization, called upon, in theory, to defend the rights of Arab countries, imposed sanctions against Syria, and also excluded it from its membership on the pretext that the UAR leadership “dispersed demonstrations. Although these demonstrations were not peaceful from the very beginning, they ended in pogroms and killings of police and civilians, and, in addition, many other members of the Arab League suppressed their demonstrators - especially Bahrain and Saudi Arabia.

And at the current meeting of the Arab League, of course, the rulers — the oil monarchies — did not allow discussing human rights violations in Doha or Riyadh, but focused, as expected, on Syria. The word was given to the so-called "leader of the Syrian opposition," Ahmad Zharbe, who called for increased supplies weapons militants, as well as provide him with a place in Syria in the Arab League.

However, the UN special envoy to the SAR, Lakhdar Brahimi, who spoke at the same summit, on the contrary, said that the flow of weapons to Syria must be stopped. He added that there is no military solution to the crisis in the SAR - only a political one is possible.

The question is who will the LAS listen to? To the leader of a terrorist organization or to an international special envoy?

Judging by the statement made by the representative of Saudi Arabia at the summit, it’s far from mind. The heir to the throne, Salman Ben Abdel-Aziz, called for the support of the Syrian militants with weapons. He also condemned those countries that continue to oppose the provision of Syria’s place in the Arab League with a self-proclaimed “opposition”. The envoy of the Saudi monarchical regime has reached the point of absurdity: according to him, supporting terrorists will help Syria out of the crisis.

Sober voices were also heard. Thus, Lebanese President Michel Suleiman called any foreign intervention in the internal affairs of Syria unacceptable and pointed to the need for a political settlement of the crisis through negotiations between the Syrians.

Another fierce opponent of Syria - Turkish Prime Minister Erdogan - delivered a shameless speech on the occasion of the “victory” of his party in the municipal elections (however, many political forces in Turkey, including the Kurdish Peace Party, talk about electoral fraud during the clashes killed 9 people).

So, Erdogan, speaking of Syria, impudently declared: “There - our historical lands, lands of our ancestors. Our people must return to the path of Ottomanism. We will build a new Turkey. "

In addition, the Turkish Prime Minister even allowed himself anti-Western rhetoric, although in fact he is the puppet of the West and the United States. Moreover, it is striving to become even a bigger American than Obama himself.

The fruits of his work are particularly clearly visible in the Syrian province of Lattakia. According to some information, the terrorists, who arrived from Turkey to the Armenian city of Kasab, executed 80 people there. However, the “world community” is busy condemning Russia for the Crimea, whose accession was completely bloodless, and does not pay attention to the anti-Syrian actions of Turkey and other countries.

The surviving residents of Kasab appealed to the world community with these words: “This is a call to all Armenians. This is a call to all of humanity. The world needs to know the truth. Erdogan and his government are war criminals. We need your help, your action. Our lives depend on whether you do something so that we do not die either. We were kicked out of the house and out of the city in the clothes that we were wearing. If we were late to collect things, then most likely we would have died. Most of us can not even go abroad, because it does not have on hand the documents. Please ask your governments, UN or other organizations that you think can help us to intervene. All we want is to live. If you do not respond, a terrible death awaits us; We will be cut in cold blood, like many Armenians in Aleppo, Yakubiyeh and other Syrian cities. If the residents of Kasab were not warned about the danger, the world would quietly observe another act of genocide, and the media would transmit the next portion of lies. ”

As stated by the Deputy Minister of Foreign Affairs of the SAR, Faisal Al-Mekdad, the Erdogan government seeks to escalate the conflict on the border with Syria, supporting the terrorist groups that have openly claimed responsibility for the killing of civilians. These groups include those belonging to Dzhebhat An-Nusra and the Islamic State of Iraq and the Levant, which the UN Security Council has added to the list of terrorist groups. In fact, according to the Syrian diplomat, Turkey is conducting aggression against Syria on behalf of terrorists.

Al-Mekdad added that the behavior of Erdogan is contrary to the true interests of the people of Turkey itself. The leadership of this country "plays with fire", supporting the militants, and should be aware of this.

Some more or less sober politicians in the world are already warning against the dangers of Turkey’s plans for Syria. Thus, several German parliamentarians at once paid close attention to the data on the secret talks between Turkish Foreign Minister Davutoglu’s secret services and the high-ranking military. The deputy from the Social Democrats faction Rainer Arnold said that if the authenticity of the records is confirmed, then Erdogan is no longer a reliable partner for Germany. Omid Nuripur, a member of the Green Party, said even more sharply that the absurdity is that “the soldiers of the Bundeswehr are guarding Turkey, while the Turkish leadership is secretly planning to bombard its own territory.”

Turkey itself extracts from the Syrian crisis considerable profits for itself. It should be recalled that more than 1000 enterprises of the city of Aleppo were ransacked by terrorists, and their equipment and products were cheaply sold to Turkey. In addition, Ankara buys low-quality oil produced by Syrian gangsters with artisanal methods at low prices.

At the same time, Erdogan’s regime allegedly advocates the interests of Syrian refugees, who, according to Turkish high-ranking officials, are exiled, the “Syrian government”. In fact, these refugees are being exploited - moreover, both in the political sense, by speculating with their sufferings, and in the most direct.
The Turkish newspaper Hurriyet Daily News has published material that Syrian children living in refugee camps in Turkey are forced to sell smuggled cigarettes in the south-east of this country. Children work all day, and receive a pittance - no more than 20 Turkish liras a day.

It turns out that Turkey is simply building its bloody business on the bones of the dead Syrians, on the sufferings of those who were forced to leave their homes. All this is being done with the support of the hypocritical Arab League, which has completely discredited itself with a hostile attitude towards Libya first, and then towards Syria, as well as under the auspices of Washington, which continues to provide all kinds of assistance to members of overtly terrorist organizations.