Russian army on the verge of complete rearmament

In the near future, the transition from the outdated Topol to the modern complex of ground components of the Strategic Missile Forces multiblock RS-24 Yars will be carried out. The marine component is at its disposal RSM-54 "Sineva", which will be installed on existing submarines "Dolphin", as well as on new submarine cruisers of the type 955 "Borey" will be installed RSM-56 "Bulava". Over the past couple of years, Bulava received so many reviews, both positive and negative, that the government was forced to make rather tough political decisions, and there is a huge probability that the project will soon be finalized and put into operation.

But if everything is more or less clear with the Bulava, an information controversy has developed around the further development of the Russian ICBMs. A significant part of the experts continue to assert that at this stage it is necessary to create new heavy complexes on liquid fuel, which in the near future will be able to completely replace the obsolete P-36М2 missiles. However, the designers from the Moscow Institute of Heating Engineering, who at one time created Topol, Yars and Bulava, argue that there is no need to develop such systems, they are too expensive, and the mine start-up systems that exist are extremely vulnerable for them. There is no doubt that over the foreseeable future the degree of information controversy on this issue will not decrease.

In terms of protecting the celestial frontiers, one of the most important recent decisions is the organization of a unified and unbreakable aerospace defense, which will combine air defense, missile defense, warning systems of a possible rocket attack and a system of control over outer space. The main "beneficiary" of the possible re-equipment of the aerospace defense, without a doubt, will be the C-400 "Triumph" anti-aircraft missile system, which is manufactured on the basis of the Almaz-Antey air defense concern. In particular, two regimental complexes “Triumph” are already deployed, both are involved to provide cover for the industrial district of Moscow. According to the latest statements, in the near future, the third regiment of the C-400 "Triumph" can enter combat duty in the Far East. 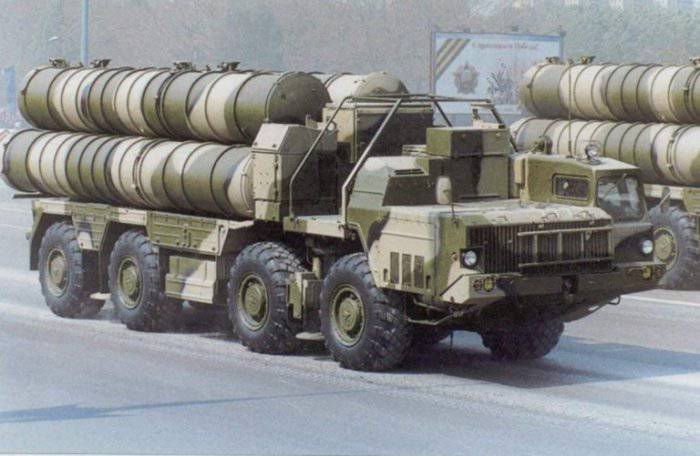 The Triumph C-400 complex has a wide range of weapons, and it integrates all the rich experience of the Almaz Scientific and Production Association, which, during the 90s, improved the C-300P GMS series and gave it completely new functions, turning it into universal and powerful means of air protection. According to the Russian military, the C-400 Triumph can also solve combat tasks of non-strategic missile defense, intercepting targets reaching speeds up to 4800 m / s.

To date, the anti-aircraft missile units of the Russian Air Force have practically completed the consolidation of the existing air defense units. It is worth noting that the latter are far from being in the best condition, in particular this applies to the remaining parts, which are equipped with the C-300В complex. It can be said with confidence that the “veska” is an outgoing air defense system and in the near future, along with the most outdated systems from the C-300P series, will be replaced by modern C-400 air defense systems. The military suggests that the Triumph will become a single air defense system to protect the country.

Toward the middle of the new decade, the launch of a completely new C-500 air defense system is planned. At the moment, it is rather difficult to say anything concrete about it, but it is possible to formulate a few superficial moments. It is clear that the C-500 will be a mobile air defense / missile defense system using a whole line of missiles in ammunition to provide work on aerodynamic and ballistic targets. According to Vladimir Popovkin, First Deputy Minister of Defense, C-500 will be able to defeat air hypersonic targets moving at speeds up to 7000 m / s. In addition, experts point out a very high probability that the new system will be enabled to carry out transatmospheric interception and destruction of combat units carried by ballistic missiles.

The Russian aircraft industry is perhaps the only structure that, in the failed 90s, continued to remain at a fairly high level. Despite all the problems, the aviation industry was able to maintain its high position in the global military market aviation. The future heavy platform of the fifth-generation domestic fighter, the Sukhoi T-50, has been undergoing flight tests for a year. Today it is too early to talk about the date of its adoption by the Russian Air Force, but tentatively called 2017-2018.

Over the course of time until the previously indicated date, the Russian Air Force will be updated through the procurement of modernized aircraft, including a radically modernized one. First of all, we are talking about the order of X-NUMX fighters Su-48S, which will go into service with the three air regiments of the Air Force. Su-35C is an aircraft of the “35 ++” generation, which will function as a “underwriter” during the protracted transition of the Air Force to the “4” generation technique. In addition, the air vehicle has a rather attractive export potential. 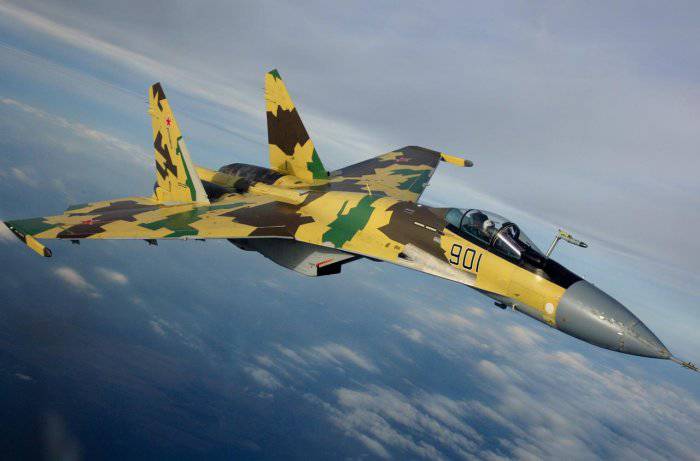 Significant changes are also expected in the park of front-line bombers, which are also planning to significantly upgrade. The Su-24 is expected to be replaced by the arrival of the Su-34 aircraft, a pair of which have already taken part in hostilities during the five-day war with Georgia. This aircraft was created on the basis of a significantly increased Su-27 combat training series. One of the features of the Su-34 will be the use of high-precision equipment in its equipment. weapons, which will increase the capabilities of aviation when attacking ground targets in adverse weather conditions. 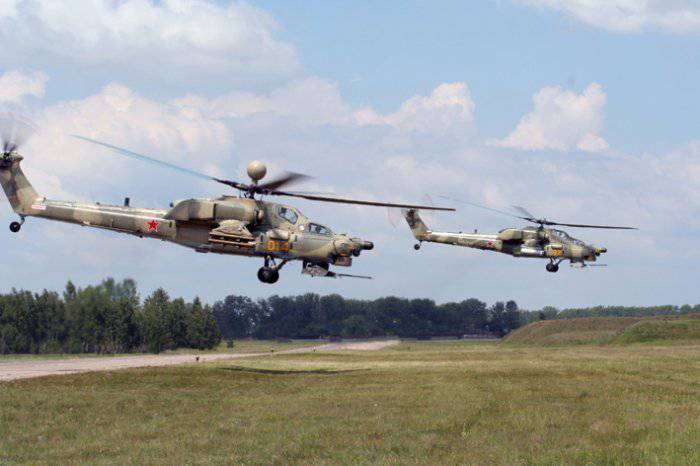 Significant changes are expected in helicopter units. In addition to the growing order for the supply of upgraded transport helicopters Mi-8AMTSH, the Russian Air Force orders large batches of attack helicopters Mi-28Н. These helicopters should be a worthy replacement for the Mi-24 for direct support to the troops. There is also evidence that deliveries of the Ka-52 attack helicopter surrounded by the legends are planned, which in twenty years has not lost its popularity both in export contracts and in Russian parts. 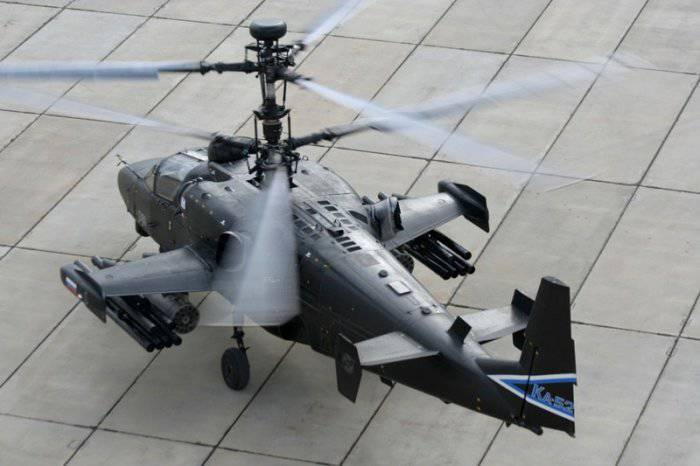 The equipment of the ground forces with military equipment does not seem to be cloudless, to put it mildly, and this situation will obviously not receive a final resolution in the near future. This is due to many reasons, including the rejection of further development. tank T-95, which many experts called very promising. The tank passed the state testing program in full, and the rejection of its further implementation leaves a number of obscure and unpleasant questions. Failure to start the production of T-95 and the introduction of restrictions on the purchase of T-90 can lead to gradual degradation of the already rather affected personnel potential of designers and manufacturers, as well as adversely affect the pace of raising funds necessary for the modernization of existing production capacities.

The situation with the line of production of wheel maneuverable "armor" (BTR) for the armament of medium motorized rifle brigades is completely incomprehensible. Russian enterprises offer the manufacture of BTR-82 and BTR-90. However, the Ministry of Defense publicly disowned the use of the BTR-80 / 82 series. The BTR-90 is linked in the same way as the BTR-80 / 82, which again makes it doubtful of its bright prospects.

Military shipbuilding is perhaps one of the most costly and “long” branches of the military industry. Given the systemic problems that have accumulated over many years with equipping the army as a whole, it was difficult to count on the Russian leadership showing an increased interest in building a modern ocean fleet. The shipbuilding base has been quite limited in its capabilities since Soviet times, and the expanded program for building a new powerful fleet simply will not pull, even despite the possible allocation of significant funds for the implementation of the re-equipment program. 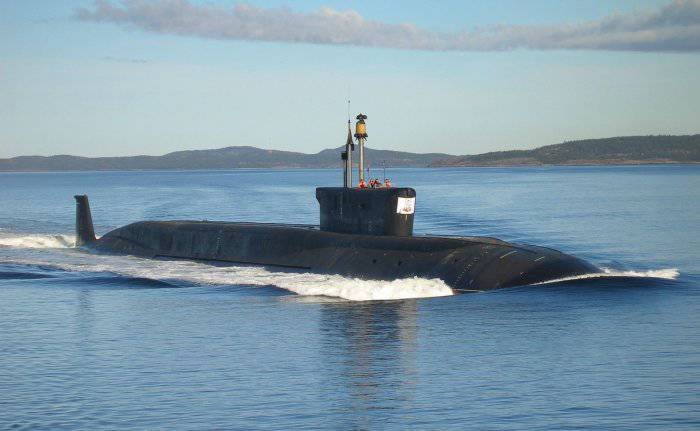 The submarine fleet has already received a strategic nuclear missile carrier of the type 955 "Borey" and in the near future the arrival of multi-purpose submarines of the type 885 "Ash". At the end of 2011, the entry of the head ship Severodvinsk is expected. Initially, the fleet announced a huge series of more than three dozen boats, but is now ready to limit itself to a more modest order of six or seven ships. Obviously, the fleet also needs light "hunter" boats. However, so far nothing is known about the plans to manufacture such a ship, and the resulting niche will be occupied by the remnants of the Soviet heritage: the submarines of the 971 Pike-B and 671 RTMK Pike projects. 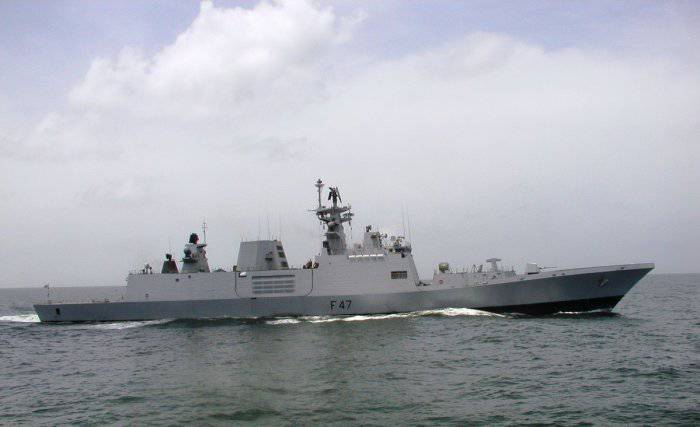 Surface fleet prefer to update the "bottom". On the stocks there are new frigates of the type 22350 - “Admiral Gorshkov” and corvettes of the type 20380 - “Stereguschy”. These warships are built according to a new logic, which implies the installation of universal ship complexes - vertical-launch launchers capable of using a whole range of anti-aircraft, anti-ship and anti-submarine missiles.
Ctrl Enter
Noticed oshЫbku Highlight text and press. Ctrl + Enter
Military Reviewin Yandex News
Military Reviewin Yandex Zen
14 comments
Ad