The mirror of society 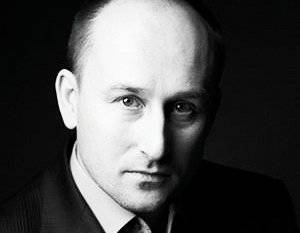 If the media often likes to call themselves “the mirror of society”, then it must be admitted that they have some grounds for this. Some of them - because, looking at a part of the Russian media, I want to look at their belonging to society more closely.


They are so desperately and selflessly protecting ... no, not freedom of speech, but the interests of another state. Or a whole group of states.
But I am interested in something else - if the media is a mirror of society, then what is a mirror of the media? What makes it possible to adequately evaluate their work? Whatever one may say, and the conclusion suggests itself - society is a mirror for journalists and those publications in which they work. A way to learn the opinion of society is a sociological survey.

A similar poll was recently conducted by the Public Opinion Foundation in order to find out the opinion of Russians on a whole range of issues related to journalism and the media.

The results give us a lot of food for thought and analysis. The first question was: “From which media do you usually learn about the latest events in our country?” The answers show that the majority of Russians learn about the main events in the country from Central Television.

A lot has been said about the decline of the role of TV and information programs for a long time, however, according to the POF, the number of those who prefer to find out news on the leading TV channels, it has not changed at all for the year that has passed since the last survey (88%), and the number of those who watch regional and local channels for the same purpose even increased slightly (from 25% to 28%).

The number of those who get information from the Internet has slightly increased (from 32% to 42%), the number of people who like to rustle through the central newspaper has increased only slightly (from 16% to 17%). But they lost in trust of the audience (or in the convenience of receiving information) and, accordingly, the number of receiving information from: central radio (from 14% to 13%), regional or local newspapers (from 14% to 10%) and regional and local radio (from 6% to 5%).

The trend is obvious - the role of the Internet is growing, but not so catastrophically fast, as predicted. I myself can say that it is the news programs of the central channels - this is exactly what I look at the “box”.

Equally, as a person blogging, I recognize some of the information on the Internet by looking at a whole range of resources. But the newspapers, on paper, clearly lose to Internet resources and even to themselves, but on the World Wide Web.

The second question of the poll is even more curious: “Do you think the Russian mass media cover the events taking place in modern Russia, on the whole, objectively or not objectively?”. 60% agreed that objectively, 23% said no, and 17% found it difficult to answer.

A further table of breakdowns of answers by age gives us a quite predictable picture: those who consider the media to be biased are most of all young, reaching their peak at the age of 31 – 45 (28%). Conversely, the number of those who are satisfied with objectivity grows with increasing age, having its maximum, starting to grow in the range of 46 – 60 or more years (63%).

The POF poll is conducted immediately after an important historical event - the reunification of Russia and the Crimea. Mass support for this action, carried out by the Russian authorities after the triumphant results of the referendum in the Crimea, provides a curious opportunity to watch the media in that very “mirror” and find out what people think about the work of journalists from various media.

60% of respondents are satisfied with the objectivity of TV, and it was the liberals who were accused of creating a “propaganda and distorted” impression of what was happening in Crimea and in Ukraine. Most of the accusations were heard against the central Russian channels. And the illegitimate current government of Kiev fully agreed in its dissatisfaction with the picture and interpretation of the position of the Russian liberals, after which she tried to “turn off” the four leading Russian channels throughout Ukraine.

But the citizens of Russia expressed a completely different view on the objectivity of the leading TV channels of their country. 39% of respondents were satisfied with the whole television, 10% - with the First Channel, Russia 1 - 7%, NTV - 4%, Russia 24 - 3%. The central channels entirely called 3%. But “Rain”, RBC and REN TV, which provide information in a pro-Western key, which overnight became anti-Russian because of the Crimean crisis, were mentioned only in 1% of respondents.

For comparison, only 17% are satisfied with the objectivity of the Internet, that is, three times less than TV! But it is precisely the “network” that traditionally is the “stronghold” of the opposition and the means of conveying the necessary information for the West - it’s not by chance that in Turkey, which doesn’t want Maidan at home, they are already turning off Twitter.

But we see that the Russians have serious complaints about the objectivity of the Internet. Newspapers, on the whole, turned out to be outside the attention of people in a furious pursuit of news from Ukraine and the Crimea, which changed almost every minute.

Therefore, only 8% were satisfied with the print media and their objectivity, and the only newspaper, the name of which appeared as a result, became “AIF” with a figure of 1%. Radio gained a total of 5% objectivity, while Ekho Moskvy called the same 1% of respondents as such.

As a result, at the level of statistical error were all the liberal TV channels and the main radio band of anti-state forces, which, due to a misunderstanding, bears the name of the capital of Russia and distributes echoes of completely different overseas capitals.

The following question is also very important, which helps us understand the dynamics of the assessment by citizens of a country of media activities. It sounded like this: “Do you think that 2-3 a year ago, the Russian media covered the events more objectively or less objectively than today? Or has nothing changed in this regard? ”

The bottom line is that 22% said that it was more objective, 18% did it less objectively, and 46% did not see the difference with 14%, which is probably why they did not find what to answer. As they say - the art of the media is deeply indebted to the people.

A similar question regarding the events of 30-year-old, that is, the Soviet media, gave the following result: 40% believe that then the media were less objective, 19% more objective, 11% sure that nothing has changed, and almost every third ( 30%) did not find the answer to the question.
I think that these particular people either did not live at that time, or were then children, and therefore they can neither appreciate nor answer ...

The number of those who believe that journalists working on federal TV channels can criticize Russian authorities was 60%, having slightly decreased over the year from 64%. At the same time, the number of people who believe that such criticism should not take place has increased - from 21% to 27%.

However, it seems to me that this question was formulated incorrectly, because the word “criticism” is too vague. Especially against the background of the situation in the Crimea and Ukraine.

However, the question of how more media people trust, they give a clear answer. And it sounds a complete discord with the liberal mantras that we have heard for two decades.

The media must be independent, otherwise, they say, they can not really reflect reality. But people think differently: only 16% of respondents trust more than non-state media, 62% - state-owned, and every fifth has not found anything to say (21%). Thus, trust in the state-owned media is almost four times higher.

The second block of FOM questions related to journalism assessments. But the results, in my opinion, became another illustration of the picture that emerged from the analysis of assessments given by Russian citizens to the mass media. “What, in your opinion, should a journalist be in order for you to call him a professional?” Was the question.

How do you think, how many respondents answered that a journalist should be “independent”? Total 4%. True, the fact that the journalist should be a “patriot” was said even less - only 1%. The leader of the answers is an option that speaks about the desire for justice: “Honest, truthful, objective, fair” (57% in one form or another).

“In your opinion, has the level of professionalism of Russian journalists increased lately, decreased, or generally not changed?” Rose, believe 54% of respondents. 25% are sure that it has not changed, 7% - which has decreased.

The conclusions suggest the following: in our society there is a traditional respect for journalists. But it rather refers to the whole profession, rather than to individuals. And only four (!), Only four journalists were able to gain a percentage of respect for themselves and their work more than, in essence, meaning, as in elections, the result “against all” - “no such” (4%).

It is curious that from the first four most reputable journalists of Russia only one Vladimir Pozner can be referred to liberals “in pure form”. And two - Yevgeny Kiselev and Arkady Mamontov - are the subject of burning hatred of "independent media" and "independent journalists." Those who themselves either did not gain prestige and respect, or have much less of it.
By the way, judging by the sanctions imposed against Kiselev and the war of our "British partners" addressed to Mamontov after his film about caches in stones, Russia's geopolitical opponents do not like them as much as the liberal public inside our country. And what is most surprising is that it is absolutely not surprising.

Remember where we started our review? They are so desperately and selflessly protecting ... no, not freedom of speech, but the interests of another state. Or a whole group of states. So it is, and the results of surveys conducted by the Public Opinion Foundation convincingly confirm this.

And finally, journalists, respondents believe, have the opportunity to express their opinion “as much as necessary” (65%) or even “too much” (13%). So, “crocodile tears” about “strangling freedom of speech” are not necessary.

“Do you think that lately there have been more opportunities for journalists to express their opinions freely, has less or nothing changed?” Russian citizens are asked.

You can write, you can talk, you can express your point of view. It’s not necessary to lie, it’s not necessary to push through what other states need under the guise of an “independent” opinion. Even if very strong and influential. The people of Russia love their journalists, he respects their work.

Ctrl Enter
Noticed oshЫbku Highlight text and press. Ctrl + Enter
We are
About Stalin and KhrushchevWhat you didn't want to know about England
Military Reviewin Yandex News
Military Reviewin Google News
63 comments
Information
Dear reader, to leave comments on the publication, you must sign in.