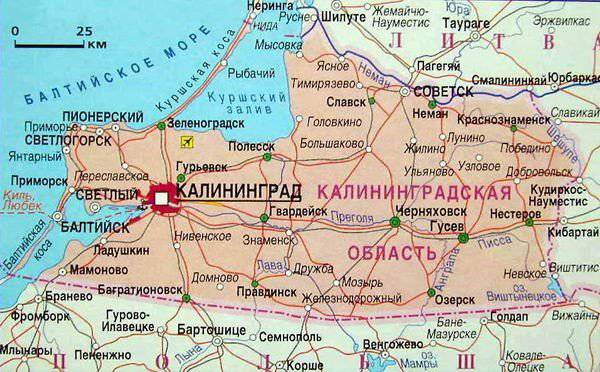 The logic of the reasoning of some “experts” is approximately as follows: if Crimea has always been Russian, but it was wrongly handed over to N. Khrushchev to Ukraine and now returned to Russia, then you can now demand that Germany return the Kaliningrad region from Russia to Germany.

Similar statements were made on the French foreign broadcasting channel RFI, where one Alexei Shiropaev drew parallels between the Crimea and East Prussia and with the same allusion was made by Viktor Shenderovich.

True, it is still, rather, a “touchstone”, launched with the aim of looking at the reaction of society and determining whether this topic can be “moved” further. And it turned out that there are those who want not only to speak, but also to act. It is therefore necessary to recall some of the facts of our not far stories.

So, the Kaliningrad region. How did the USSR acquire this territory, the former north-eastern part of German East Prussia? The answer is known: according to the decision of the Potsdam Conference, held on July 17 - August 2 1945. Naturally, the requirement to return the Kaliningrad region a priori suggests that the decisions of the Potsdam Conference are invalid. And then the large-scale revision of the post-war borders in Europe should follow in the most organic way.

But those now demanding such “justice” in disputes over territorial affiliation forget that the conference in Potsdam also determined the new borders of Poland, transferring to the Polish state most of East Prussia and land east of the Oder and Neuss rivers. These territories made up almost 25% of the territory of Germany within the boundaries of 1937 of the year, 13,9% of the population lived on them, 23% of agricultural and 6% of industrial products were produced. If you cancel the decision of the Potsdam Conference, then Poland will have to give Germany 99,4 thousand square meters. kilometers or xnumx% of its territory.

At the same time, the same fighters “for the return of the Kaliningrad region to Germany” completely ignore that in 1945, Poland received German territory six times larger than the part of East Prussia that ceded to the USSR, and then deliberately evicted 8,6 million Germans from there.

The decision to evict the German population from East Prussia, Pomerania, and Silesia was by no means spontaneous. Polish politicians in emigration still in 1943 year set a goal to achieve the accession to Poland of these territories and subsequently to “push” them. As soon as the land was liberated by the Red Army from the Germans in January-March 1945, the Poles immediately began to establish their power on them.

For example, January 28 1945, a convoy of cars led by Alexander Zavadsky (later the chairman of the State Council of the People’s Republic of Poland) came from Krakow to Katowice. The troops were not there: the Germans were driven out, the Soviet units were pursuing the enemy. Poles skillfully occupied the mansions and quickly took the city under their power.

Almost empty went to the Poles and the city of Breslau (now Wroclaw). The German population was evacuated, and, we note, during the exodus from the city of more than 700-thousand people, more than 90 thousand people died. But the “fighters for justice” have a very interesting picture of history. So, aspirated publications say that the local German population was deported from East Prussia, and how terrible it was! What should be understood as follows: Russia is to blame for everything.

But precisely where the Germans remained, the Poles in 1946 were engaged in their eviction. From one Lower Silesia in 1945-1947, more than 1 million 770 thousand Germans were deported. "Events" were held under the slogan put forward, by the way, by the Polish Workers' Party: "Nie miejsca dla Niemców w Polsce" (There is no place for Germans in Poland).

The struggle for the “restoration of justice” through the return of territories will undoubtedly push Poland along this path. She also has something to return. She can bill, say, Ukraine for land lost in 1939, and this is all Western Ukraine. Polish "appetites" will affect most of Belarus and Lithuania, together with the capital Vilnius. Such demands will be voiced without fail, and especially if in Germany they demand Poland’s return of territories east of the Oder and Neisse rivers.

It must be emphasized that during the twentieth century Poland participated in all territorial divisions in Europe. And always tight grip clutched at the weaker, trying to grab even a piece of land.

In this list - Germany, Ukraine, Belarus, Lithuania, Czechoslovakia. It is curious that in connection with the Crimea, everyone suddenly remembered about the Sudetenland, but for some reason “forgot” about the Czech part of Cieszyn Silesia, which Poland seized in 1938, hand in hand with Hitler. Then, when Germany was defeated, Poland made a good profit at the expense of the defeated enemy. There is no doubt that in the event the Lord did not bring, Poland will again be “divided”. What can start sharing? Yes, most likely, the same Ukraine. Experience is.

Recently, by the way, the brochure “O polskości Ukrainie” appeared in Poland (the brochure O Polskości Śląska appeared in 1939, explaining why Lower Silesia should be Polish; it was republished in 1947 for practical use) with arguments about “originally Polish city ​​"Lviv. Only such a “powrót do macierzy” is unlikely to appeal to both Western Ukrainian nationalists and those who support them today.

Neobanderovtsy and nationalists, of course, people are unpleasant, aggressive and very dangerous, but so far they are dominated by words and hysterical cries, and not deeds. And the weakness of the Ukrainian economy, or rather its remnants, simply will not allow them to turn around seriously. But the possible coming of neo-Nazis to power in Germany on the wave of revanchism raised by the struggle for "justice" and the breakdown of the post-war international legal system is a much more serious matter.

Because of ignorance of history and often deliberately distorting it, supporters of “justice at the expense of Russia” simply do not understand which box of Pandora they touch.

The main Potsdam agreements related to the post-war structure of Germany and the principles of occupation, which in fact are still continuing, will also collapse.

American troops are still at military bases in Germany (although there is no practical sense in this for a long time), every German chancellor must sign the already well-known Kanzlerakt (act of chancellor) with the US - a secret agreement - before taking the oath.

The principles of the Potsdam Agreement have already been violated many times. Western countries split Germany, violating the agreed principle of unity. Following the principles of demilitarization, dismantling of the military industry, decartelization were violated. Only the principle of denazification remains. Although in Germany the denazification was carried out very superficially and quickly collapsed, the government at least prevented the formation and strengthening of neo-Nazi parties and movements. Note fighters for “justice” simply do not understand that they are playing with matches, fueling with their talk about the return of the Kaliningrad region, above all, the revanchist sentiments of the German neo-Nazis, thereby contributing to the destruction of the Potsdam agreements.

So the territorial redistribution, unless they are caused by the voluntary will of the people, can cause a wave of disputes and armed conflicts throughout Eastern Europe.

In the light of all this, you begin to understand the wisdom and foresight of L.I. Brezhnev, who insisted on the conclusion of the Helsinki Accords and the creation of the CSCE (now the OSCE). The territorial redistribution in Europe will lead to a big war, perhaps even a nuclear one. So, those who are now happily considering the prospects for Russia’s concession to the Kaliningrad region and anticipating the “restoration of justice” can be said: you are early to rejoice. Freely call the Russian region "East Prussia", the city of Kaliningrad "Königsberg", defiantly speak German and even hang the German flag over some Kaliningrad building, but well-established borders are still better than chaos, ruin, and victims of new territorial redistribution. Although, apparently, there are supporters and a force option ...

Ctrl Enter
Noticed oshЫbku Highlight text and press. Ctrl + Enter
We are
About Stalin and KhrushchevWhat we lost
Military Reviewin Yandex News
Military Reviewin Google News
142 comments
Information
Dear reader, to leave comments on the publication, you must sign in.