They did not give Russian, or why else we are grateful for the sanctions

April 1 2014
114
... Once upon a time, on our land, there were huge, stupid and terrible Poravaliteosaurs. They stomped loudly, ate a lot, and roared in their womb that it was impossible to live in this country - it’s time to blame. For a very long time they dominated, trampling everything alive and evolving with huge green legs.


And then the Crimea, populated by two million highly developed intelligent beings, approached our land at a tremendous speed. Crimea joined Russia unexpectedly and suddenly - almost crashed. Most of the Poravaliteosaurs died immediately under the rubble of their picture of the world. Part suffocated in cognitive dissonance. Some died of anger.

Those who still remain will soon die out too, due to climate change caused by the meeting of Russia and the Crimea.

It was not by chance that I compared Crimea with a meteorite.

The consequences of the reincorporation of Crimea cannot be overestimated.

Geologists are very fond of craters that remain on the ground after the meteorite bombardment. The meteorite breaks through the layers and rocks of different periods of formation, turns the geology of the place of falling inside out, reveals the layers, the existence of which was only suspected.

The Crimean events played for our society and the political system the role of just such a meteorite - everything was revealed. No one managed to save their inner content in secret. And not only here, but in the whole world.

Showed itself to Europe. Europe screamed, stamped their feet, threatened sanctions. Less than two weeks later, Europe finally decided on the form and genre in which the sanctions will be implemented: this will be a performance. Since Europe cannot apply any real sanctions to Russia, the Solomon's decision was made not to apply sanctions, but to colorfully depict it according to the artist’s famous scrotum nailed to Red Square method. There is not much sense from this, but almost manages to save face.

America, too, was finally able to formulate its claims to Russia. It turns out that Russia refuses to recognize the results of the Cold War and does not behave as an underdog. At first, this claim was voiced by an American representative at the UN Samantha Power. The claim was voiced on such an emotional intensity that the Russian representative Vitaly Churkin was forced to ask Samantha to “not spit.” Further, the topic of Russia's refusal to admit defeat as a result of the Cold War was continued by former US Secretary of Defense Robert Gates. We quote: "Gates is sure that Vladimir Putin has a long-term resentment - he deeply hates the West for winning the Cold War."

It is also important that America quite clearly indicated who it is that blames for not recognizing Russia's defeat in the Cold War. And even published a list. The list includes State Duma Speaker Sergey Naryshkin, businessmen Gennady Timchenko, brothers Rotenberg, Yuri Kovalchuk, head of Russian Railways Vladimir Yakunin, Duma deputy Sergey Zheleznyak, deputy prime minister for the military industrial complex Dmitry Rogozin, assistant to the President of Russia Vladislav Surkov and so on.

The above-named persons bowed out of the court, thanked Barack Obama for the complimentary assessment of their activities for the benefit of the Russian Federation and made it clear that they were under sanctions, but such attention was valuable. This reaction suddenly and unexpectedly revealed the presence of an elite in Russia uncontrolled from the outside, and by a strange coincidence, according to the list, coinciding with the targets of the anti-corruption struggle of Alexei Navalny (Alexei Anatolyevich himself, we recall, also missed the opportunity to remain silent and gave the White House a list of Russian citizens inclusion in the black list. Thus, Alexey Anatolyevich put an end to his many years of trying to publicly disown his employer).

Today, the only effective sanction against our country and people is the following.

Ukrainian female svidomye and the Russian opposition beau monde who joined them struck the public with a creative approach to sanctions. In the above circles, T-shirts with the words “DON'T GIVE RUSSIAN!” And an image of folded palms, symbolizing a supposedly unfriendly Russian vagina, have come into fashion. Thus, we were refused to cross with individuals participating in the action.

But, looking at her participants, for some reason you feel a sense of gratitude towards them ... 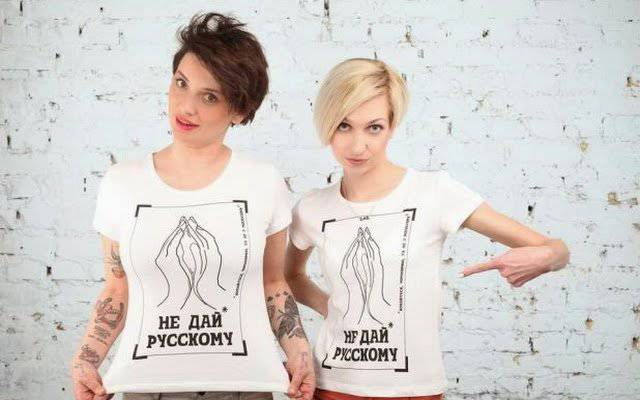 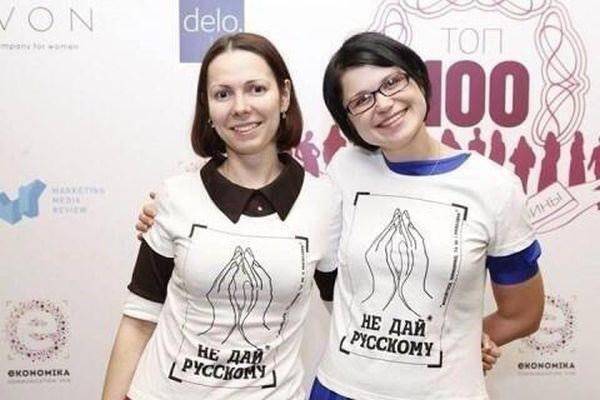 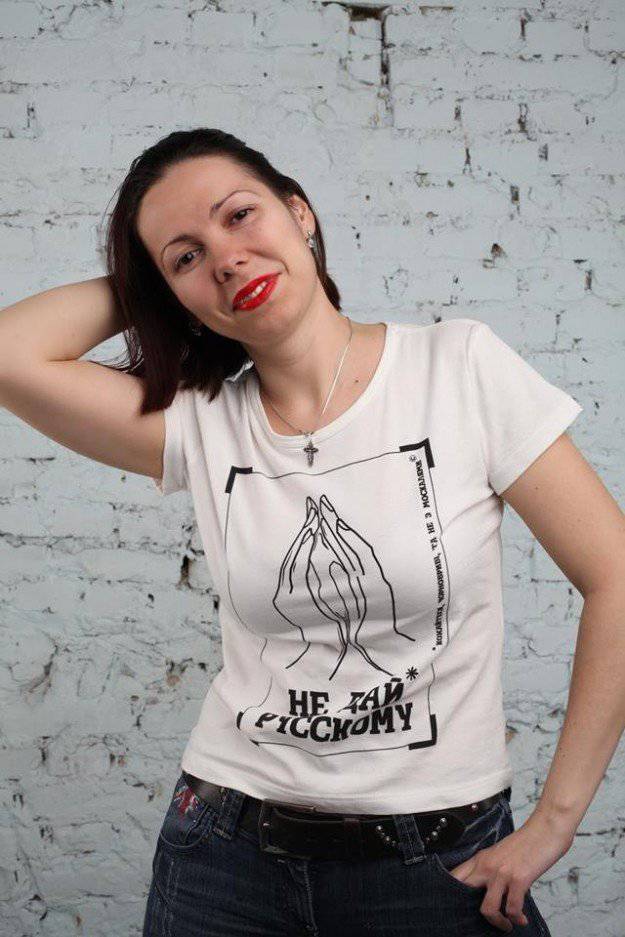 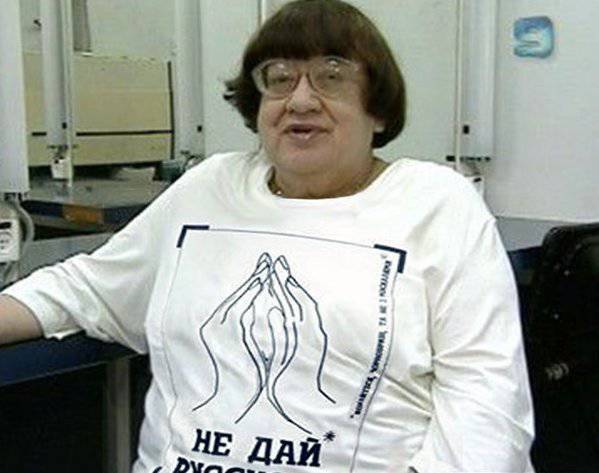 Ctrl Enter
Noticed oshЫbku Highlight text and press. Ctrl + Enter
We are
What you didn't want to know about EnglandThe time has come, or we play the net!
Military Reviewin Yandex News
Military Reviewin Google News
114 comments
Information
Dear reader, to leave comments on the publication, you must sign in.