Do not allow the union of Russia and China. About the new US directive for the Moscow 5 column 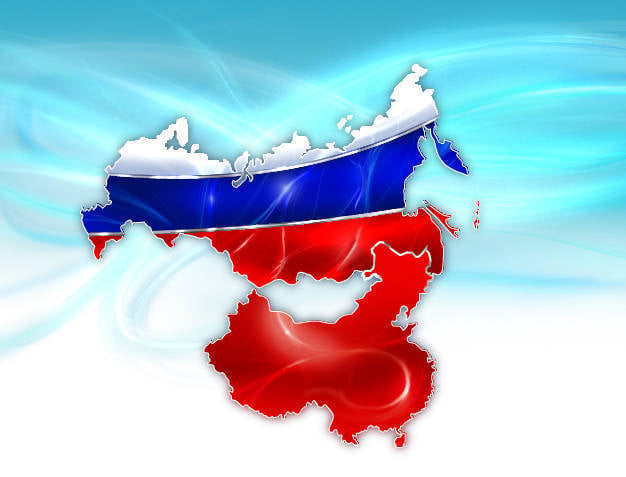 The intensity of political passions in the international arena slowly began to decline. However, this is only an intermission before the second act, which will open in May with the visit of Vladimir Putin to China. Its results will determine the new alignment of forces and may be Russia's response to Western attempts to “internationally isolate” it. The United States urges not to allow Russia to come closer to China, fearing such a union, and resort to the services of the Russian fifth column. What comes out of it, and what we expect, is worth examining carefully.

“Putin is a Chinese spy”

The task of isolating Russia was not as simple as it was drawn by experts from popular Western publications. However, the United States does not have another way to pressure us, and attempts continue. And even if Europe refers to the idea of ​​blockade of our country with great skepticism, then Asia does not even intend to engage in a risky game. Thus, attempts to pressure us from the European direction naturally turn us toward Asia. The paradox is that such a U-turn is extremely disadvantageous for the United States, although in fact it turns out that they themselves are pushing us into the arms of China.

In a recent article published in The New York Times, former US Ambassador to Russia Michael McFaul, among other things, mentions:

“Putin’s Russia has no real allies.” We have to leave it as it is. Promoting the separation of China from Russia requiring a revision is a very important task for us. ”

And before the paint dried up in a fresh run, our pro-Western fifth column took a visor and rushed to frighten the population under its jurisdiction with the horrors of the prospects for a union of Russia with China. The first selflessly rushed to the embrasure B. Nemtsov:

“Putin’s Russia has made a fateful, civilizational and absolutely unnatural choice in favor of China. The Chinese treat Russia as a raw materials appendage and will now try to buy oil and gas cheaply. And also, I think, after some time, they will submit to Russia territorial claims for those lands for which they, in fact, have always dug. I mean Siberia and the Far East. This is actually a disaster, and the consequences will be very bad.

I believe that the Chinese "fifth column" or the head of the Chinese intelligence network is in power (in Russia). Because the consequences for the country as a result of the deed are exactly the same. ”

However, it was only a zeroing, and a couple of days later B. Nemtsov struck with napalm:

“Isolation from the West is pushing the country into the arms of China. Farewell to the European choice of Russia, hello Celestial! The whole fate of Russia, her история and culture is associated with the European and Christian tradition. But Putin and Dugin decided otherwise. We will learn Chinese and Confucius. What awaits us in the near future? In May, Putin will sign a predatory contract with China for the supply of gas. I think the price will be less than 300 dollars (in Europe we sell under 400). Next will begin construction of the pipeline Power of Siberia, the cost of the Sochi Olympics. Gazprom will take the money due to the increase in gas prices on the domestic market (and where can we get it from now). That is, at the expense of us with you. Then increase the supply of oil at dumping prices in China. And then we will wait for Siberia to go under Chinese jurisdiction. The main beneficiary of the Putin adventure, therefore, is China. Which, by the way, did nothing for it ...

The version “Putin is a Chinese spy” was picked up by Ukrainian news agencies and began to compete in fantasies about how China will soon annex the Russian Far East. In general, the information campaign “No to the union of Russia with China” officially started, with which we can congratulate each other.

Agitka Nemtsova, like all the others, is taken out of the set of novelties of the last century — the cause of which is the deepest crisis of the genre of liberal propaganda. He can be recalled only one of the familiar expressions of Confucius, the study of which he scares us. Here it is: "Who, having reached the age of forty, causes only hostility - that down-and-out man."

In fact, we have the upcoming visit of Putin to China, the main result of which should be an agreement on gas prices. Those who are following the topic a little bit, unlike B. Nemtsov, know that the issue of supplies to China has been discussed for many years and is not resolved due to price disagreements. Moreover, Russia conducts bargaining in accordance with all the traditions of the East, either yielding, refusing concessions at the last moment, or blackmailing gently. However, like China for its part. In general, the normal oriental bazaar.

However, our European colleagues, who threaten to freeze their ears in winter without Russian gas, in spite of Putin, are doing all they can to accelerate the contractual process with China. However, this does not mean at all that in this situation we have to lose something.

First, no one in Europe refused Russian gas. Therefore, to imagine the situation as if Putin had rushed to the feet of China, trying to sell the released volumes, is silly, absurd. On the contrary, Putin’s visit should be regarded as a retaliatory move against threats of sanctions from the West. Note that this, unlike the threatening European chatter, is a real move. And if we manage to hit hands with China this time, it will be a real blow to Europe. Because we will be able to reorient our trade flows to Asia much faster than Europe will figure out how to winter now. And because we will hypothetically sell gas to China cheaper than before Europe, it certainly will not become warmer.

Secondly, China is in no position to dictate to us the price of gas, which it desperately needs. This means that the current situation may contribute to a compromise acceptable to both parties. Because if you miss, then perhaps in the near future such a good moment will not be presented. This is very much in the tradition of eastern bargaining - to agree to a deal, citing special circumstances - and the face is saved, and the pocket is not injured.

Putin’s visit to China should put everything in its place. Europe has a chance to come to its senses and soften the rhetoric, or it will succumb to US pressure and force Russia to rally with China. The last option in itself does not pose a danger to us. Sooner or later, but such a union will take place - and everything disposes to make it happen now. Another thing is how it will be implemented on our part.

Of course, the risk of seizing our resources, turning the Far East into a raw material appendage of China exists. But only in the case of a particularly incompetent Russian policy in this direction. In the case of a balanced policy, close cooperation with China (and other APR countries) opens up brilliant prospects for us and is, according to experts, the only way to breathe life into the Far Eastern region. After all, oil and gas is only one of the aspects of cooperation, and there are a great many mutually beneficial projects in other areas. And not all of them are resource. For example, today the Chinese press writes about the decision to purchase the Sukhoi Superjet 100 from Russia 100 aircraft and to open an assembly plant and agent center in Zhengzhou, China. In general, one gets the impression that the alliance with China would have happened long ago if the Russian elite were not afraid to anger the Western world.

We take into account the fact that the refusal to cooperate with China does not guarantee the integrity of the Russian East. On the contrary, with an equal degree of confidence it can be argued that the rejection of such a union leads to the continued degradation of the region and increases the risk of losing control over it in the future. All the same, everything depends on the effectiveness of domestic politics - at least in alliance with China, at least separately.

What can be accurately predicted for sure is the development of an information attack in this area. We will be convinced in every possible way that it is unprofitable and dangerous to be friends with China, be prepared. However, this has a positive effect - the question becomes the topic of public discussion and attention, which means that more people will try to understand its essence.