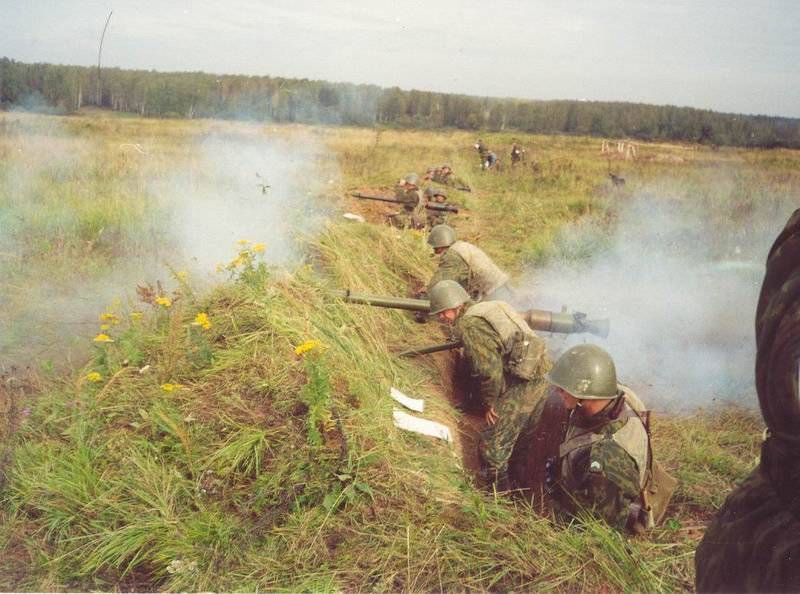 History creation of recoilless, as they said then dynamo-jet guns (DRP) began in the USSR in the middle of 20-ies, in the workshop of the laboratories of the Committee for Invention, led by graduate of the Faculty of Physics and Mathematics Leonid Kurchevsky.

Here, under the leadership of this extraordinary person, among other things, work was carried out on a variety of projects, such as: silent gun, air torpedo, electric machine - perpetual engine using the energy of atmospheric electricity, etc. Among other things, L.V. Kurchevsky also wrote science fiction novels. 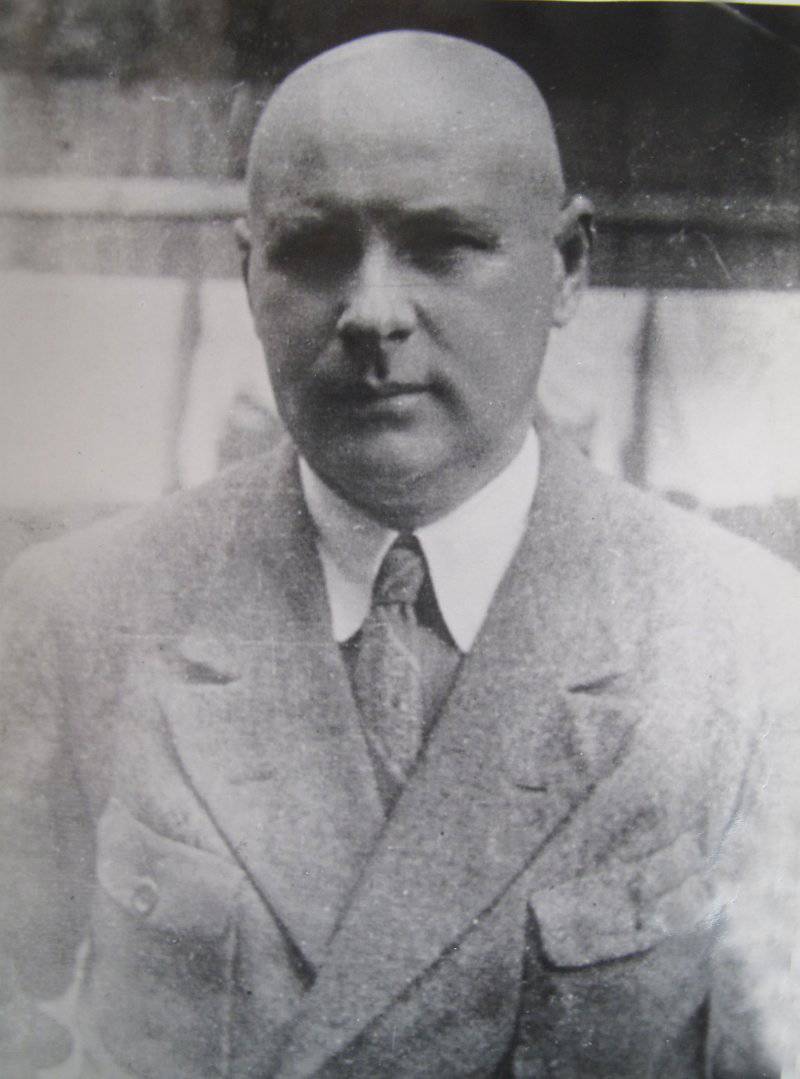 In 1923, L.V. Kurchevsky, apparently after familiarizing himself with the pre-revolutionary works of the designer D.P. Ryabushinsky, filed an application for the invention of the dynamo - reactive gun.

Kurchevsky proposed to cut off the breech in the area of ​​the bolt from a conventional gun and insert a Laval nozzle into the cut. The rest of the gun, including the rifled barrel, remained unchanged. The shell was placed in an ordinary brass sleeve, in the bottom of which holes were drilled to exit the powder gases. The shutter was connected to the nozzle and shifted when loading. The gun had almost no recoil, and was much lighter than similar systems of this caliber.

But then the designer did not succeed in getting close to the DRP. Soon he was arrested and sentenced to 10 years for embezzling government money. While imprisoned in Solovki, Kurchevsky managed to give a good account of himself before the camp administration, at the beginning of 1929, he was released early.

Returning to Moscow, Kurchevsky launched a vigorous activity, he literally bombarded the authorities, offering dozens of types of PDD capable, in his opinion, to replace all existing types of guns.
This found a warm response from many high-ranking civilian and military leaders, and M.N., who had no serious education, became the most ardent supporter of the PDD. Tukhachevsky.

It was assumed that the guns of Kurchevsky, in addition to field artillery, will replace conventional guns with a loaded barrel in anti-aircraft artillery, tower guns tanks, anti-tank guns, and even casemate guns in fortified areas. True, it was unclear what to do with the release of powder gases when firing through a nozzle in the breech of the DRP, which is a great danger to the service staff, especially in confined spaces.

In a short time many guns of all possible calibers were created.
Kurchevsky DRP was intended for all types of troops and were of two types: breech-loading with manual loading and automatic with burning sleeves of nitrotex. Huge resources were spent on the development and launch into production of DRP. At the beginning-middle of the 30's, the Kurchevsky cannons ranged from 30 to 50% of the orders of artillery factories. DRP began to massively be supplied to the army. 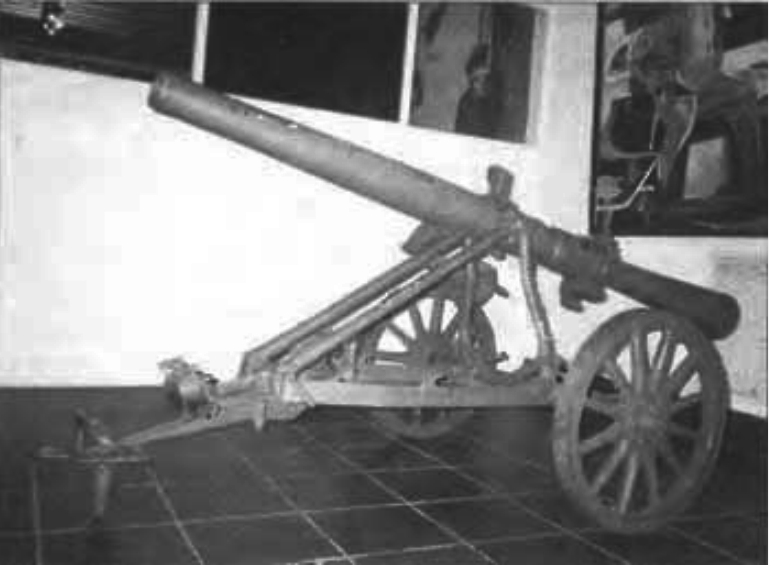 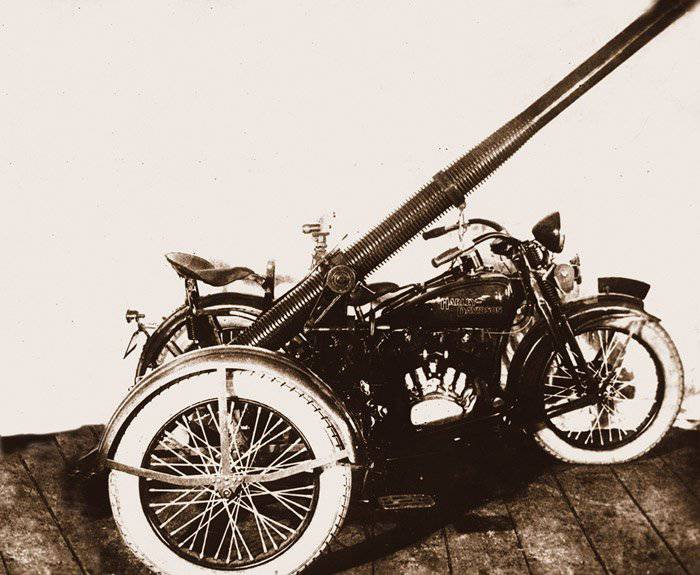 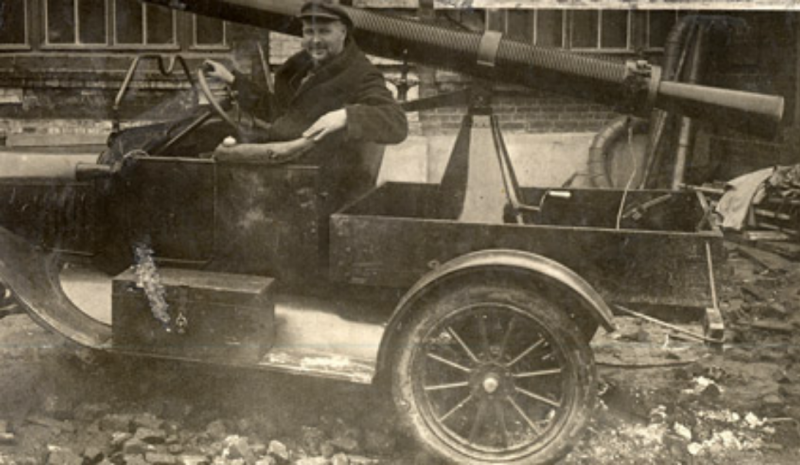 76-mm SEC on the chassis of the passenger "Ford-A" 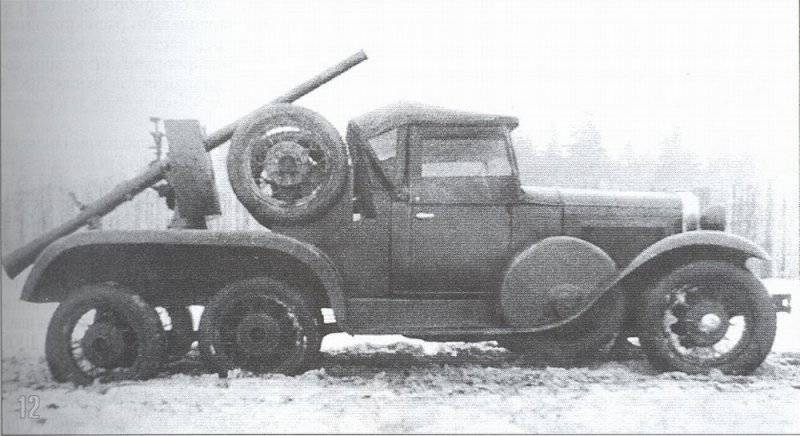 Total artillery factories produced about 5000 DRP. Of these, military acceptance took only about 2000, and the troops got around 1000. The situation was aggravated by the fact that Kurchevsky was constantly changing the drawings of the systems put into production; the proportion of manufacturing defects was large.

Soon the "bubble" of the dynamo - jet guns burst. It turned out that the armor-piercing shells of anti-tank DRP, even when fired at point-blank range, are not able to penetrate armor that is thicker than 30-mm. The accuracy and range of field artillery guns do not meet the requirements at all. At the same time, the guns themselves are unreliable and unsafe during operation, there have been numerous cases of rupture of barrels during firing.

aviation and marine automatic guns of Kurchevsky caliber from 37 to 152 mm gave constant failures and delays when firing due to incomplete combustion of nitrotissue shells and unreliable operation of the pneumatic reloading mechanism, which made it weapon absolutely not combat-ready.

Soon all the PDDs were removed from the troops and destroyed. By 22 June 1941, in service with the Red Army there was not a single Kurchevsky gun. Kurchevsky himself was convicted and executed in 1937 year, according to the verdict of the Military Collegium of the USSR Supreme Court.

The adventurism of Kurchevsky and his high-ranking patrons cost dearly to our armed forces, in addition to significant material losses on the production of obviously defective guns, the idea of ​​off-the-track turned out to be discredited for many years. These weapons could occupy their niche as light anti-tank weapons and fire support for infantry. Recoilless guns in combination with cumulative projectiles proved their viability during the Second World War, while in service in the armies of the United States and Germany. 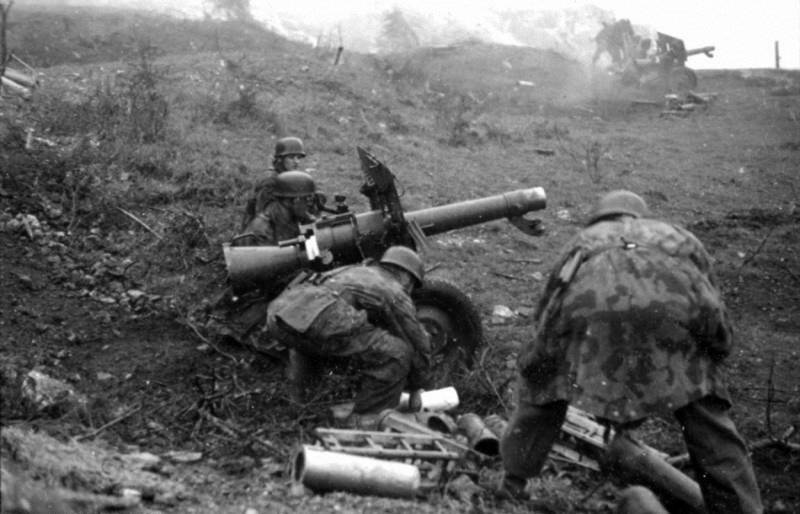 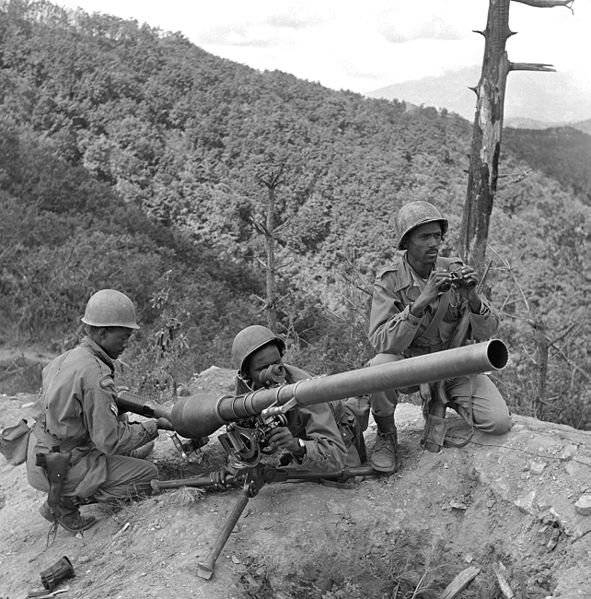 LNG-82 had a smooth thin-walled barrel, without grooves, consisting of two parts: muzzle and breech, which were connected to each other by a clutch. The barrel was mounted on a machine with a wheel course, which allowed to carry a grenade launcher on the battlefield and set the barrel in a combat or field position.

To protect the calculation from the action of powder gases, the grenade launcher had a light folding shield and a protective apron under it. In addition, at the muzzle of the barrel was attached a special socket - gas collector. Glazed viewing windows in the shield were automatically overlapped with protective metal flaps when fired.
The grenade launcher was serviced by three people: the gunner, the loader and the grenade carrier.

At the beginning of the 50 of the last century, the USSR Ministry of Defense, represented by the Main Artillery Directorate (GAU), announced a competition to create an 82 mm recoilless gun with improved production technology, weighing no more than 82 kg, and armor 100-200 mm , the ability to defeat manpower and light fortifications of the enemy type field at a distance of at least 250 m.

The winner of the competition was the Special Design Bureau (SKB-4), now the Engineering Design Bureau (KBM, Kolomna) under the direction of B.I. Shavyrina.

The SKB-4 development tool presented to the competition commission was a dynamo-reactive design with a loaded barrel and a wide chamber and nozzle. The barrel was connected by means of a hinge with a fairly simple design tripod-carriage, which had a removable wheel travel, with which the gun was moved by the calculation for short distances. Lifting and turning mechanisms - screw type. Aim devices provided firing both direct and semi-direct fire and from a closed firing position. 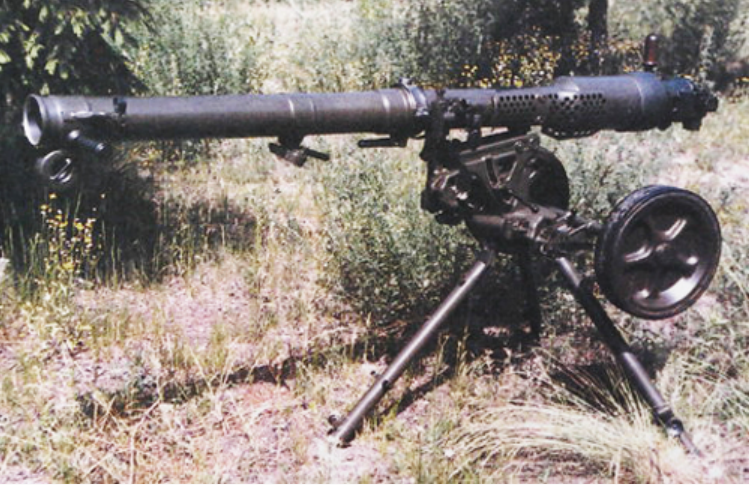 In 1954, the X-NUMX-mm B-82 recoilless gun was put into service, its production continued until the 10 year. With a mass of 1964 kg, the gun could fire targets at a distance of up to 85 m, firing up to 4500 shells per minute. Effective range for shooting brontsel to 7 m, armor penetration to 400-mm. 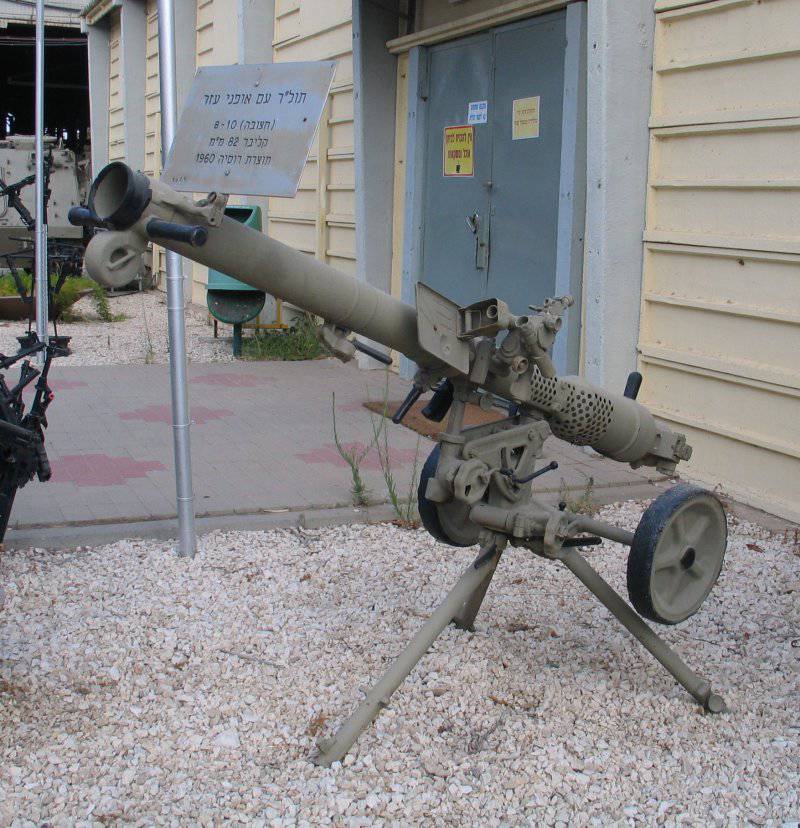 In the Soviet Army, the gun served as an anti-tank vehicle for motorized rifle and paratroop battalions. 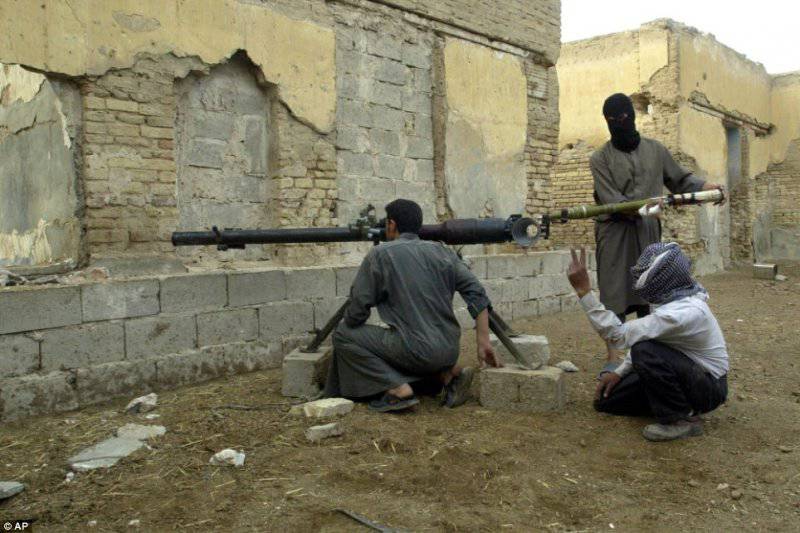 In parallel with the 82-mm recoilless gun B-10, SKB-4 developed a more powerful 107-mm system. In terms of its design, it was largely similar to the B-10, using a similar design and principle of operation, which greatly simplified further mass production. 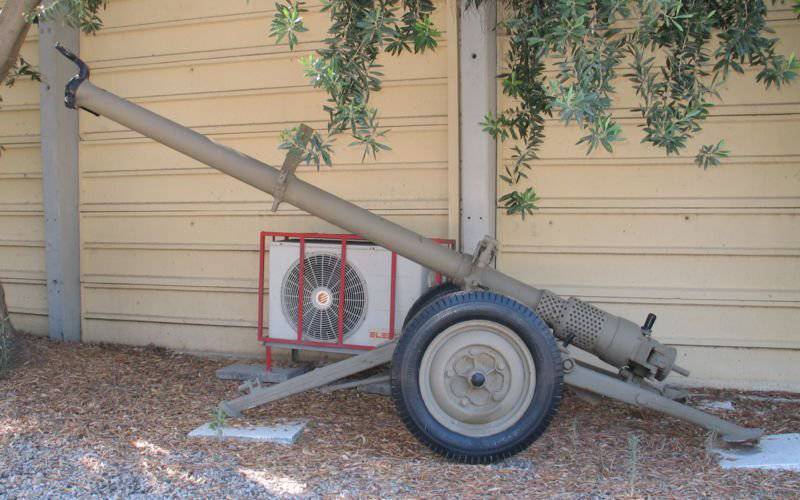 The weight of the B-11 in the combat position was 305 kg. 5 firing rate / min. For destruction of equipment and structures used cumulative ammunition BK-883 (MK-11), with an effective range of up to 1400 m, with armor penetration to 381-mm. O-883A high-explosive ordnance (MO-11) with a maximum range of up to 6600 m is used to destroy enemy personnel. 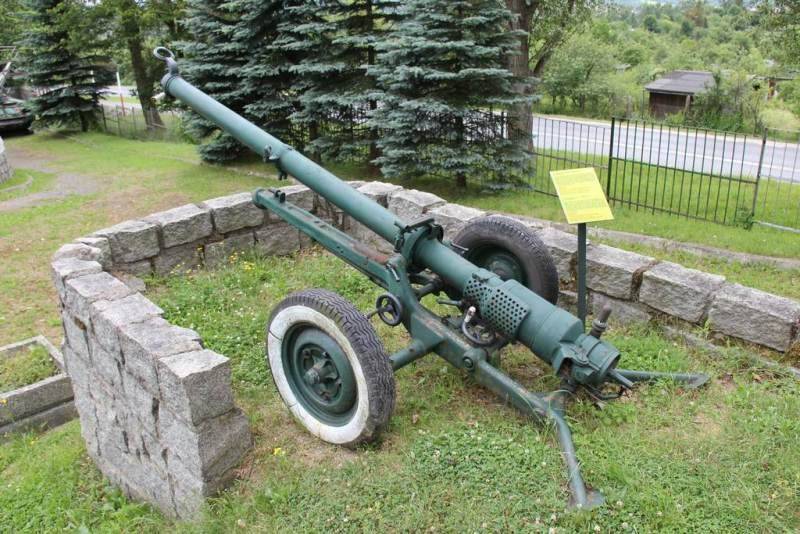 The shells are drop-shaped and equipped with a GK-2 fuse, charging system with a centered disc, main charge, primer and additional charge.

When fired, the powder gases are ejected back from the gun, creating a dangerous zone up to 40 meters in length. The gun can be towed at speeds up to 60 km / h, rolled manually or carried in the form of three main components: the trunk, the frame, the wheels.

B-11 produced simultaneously with the B-10 and was in service with motorized rifle and airborne troops of the Soviet Army. At present, this weapon is used mainly by the armies of the states of Asia and Africa.

Unlike the Kurchevsky DRP, all post-war Soviet recoilless guns had a smooth barrel and were adapted for fired anti-tank cumulative shells. In the future, there was an erasure of the line between caliber recoilless anti-tank guns and easel anti-tank grenade launchers.

This trend was reflected in the creation of the 73-mm LNG-9 "Spear" anti-tank grenade launcher. Despite the name, it is constructively fully recoverable weapon. 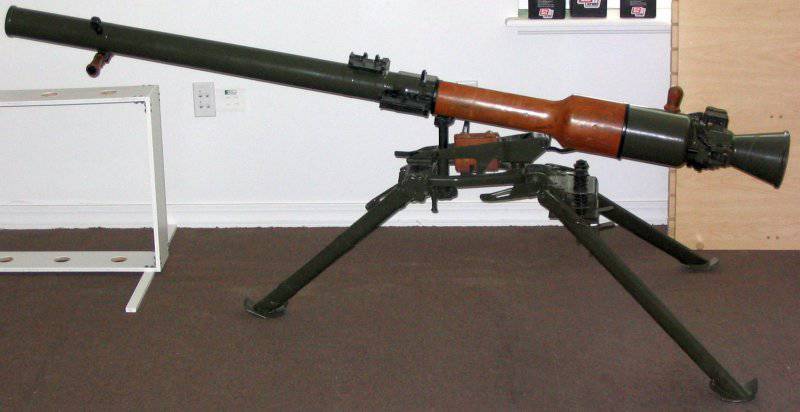 Grenade launcher CPG-9 "Spear" was adopted by the Armed Forces of the USSR in 1963 year. His appearance led to the desire to increase the range of effective fire of anti-tank weapons of motorized rifle units. The initial speed of the grenade at departure is 435 m / s. After the shot, the jet engine accelerates the grenade to 700 m / s. High speed provides the best flatness of the trajectory, reduces the time of flight of the grenade, which allows to reduce the magnitude of the corrections for side wind and target movement.
The range of fire at Bronzelem to 800 m, the maximum firing range of a fragmentation grenade - 4500 m. The rate of fire - 6 rds / min. 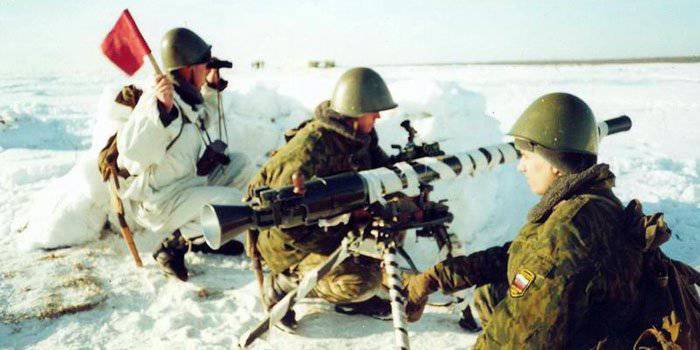 The LNG-9 calculation consists of four people: a commander, a gunner, a loader, and a sub-carrier. The crew is capable of carrying a grenade launcher in a disassembled (traveling) position for long distances, as well as moving the LNG-9 in a combat position when changing firing positions. The largest mass of the grenade launcher (with a night sight) reaches 57,6 kg.

The armor penetrability of the cumulative PG-9В round grenade is 300 mm, and the upgraded PG-9ВС round grenade is 400 mm. This was quite enough to defeat tanks of all types that did not have dynamic protection in the 60-70 years. LNG-9 has been widely exported and has been effectively used in many armed conflicts. 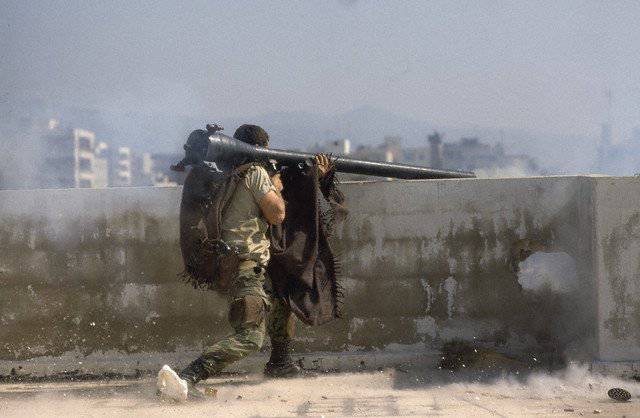 Reliability of action and high armor penetration with a small caliber of grenades (total 73 mm) served as the basis for the development of 73А2 XMUM guns "Thunder" and PG-28В shotgun, which were included in the BMP-15 infantry fighting vehicle complex.

Despite a decent age, the LNG-9 continues to be in service with the Russian army.