Sergey Shoigu: Residents of the Crimea and Sevastopol in 2014 will not be called up for military service

At a conference call at the Ministry of Defense, Sergei Shoigu, the head of the department, said that the established scientific companies had proven themselves well, said that the spring call in 2014 would be 154 thousand, and ordered to study the possibility of publishing draft draft lists in local newspapers. He also spoke about the development of a security plan for the territory of Crimea. 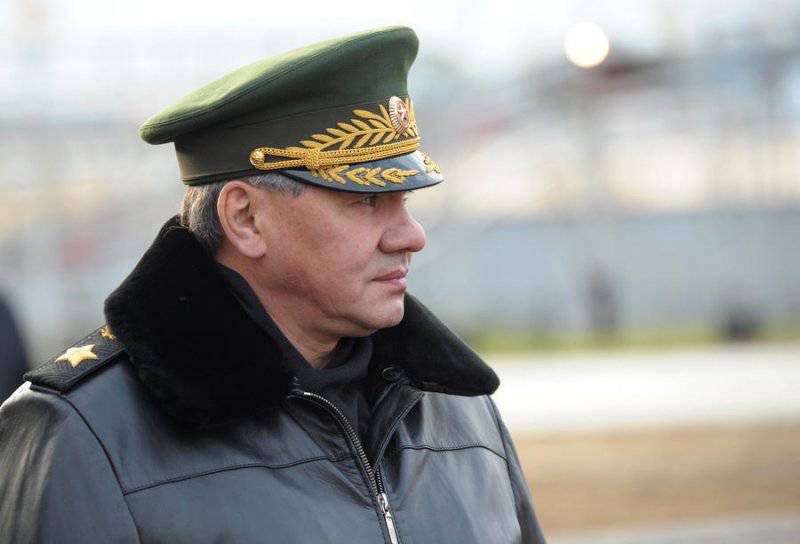 "April 1 begins conscription into the Armed Forces of the Russian Federation, 154 thousand people will be called up," said Sergei Shoigu, speaking at a conference call at the Ministry of Defense. According to ITAR-TASS, the minister stressed that the service life will still be one year. "We do not intend to change anything here, the length of service on conscription will continue to be one year," assured Shoigu.

In addition, the Minister instructed to consider the publication of a list of draft dodgers in newspapers. “Today, there are thousands of such deviators of 6, I am instructing to consider the issue of publishing lists in the regional press,” said the Minister of Defense. According to Sergei Shoigu, in the near future the number of recruits will decrease and be replaced by contract soldiers. To date, the troops number more than 230 thousand contract servicemen.

Shoigu also noted that the General Staff is currently developing a plan of the Defense Ministry’s activities up to 2020 of the year to ensure the security of the Russian Federation on the territory of the Crimean Federal District. Sergei Shoigu instructed his deputies and heads of central military authorities to "take an active part in the work on this document and take into account all the issues in it."

In addition, the Minister of Defense explained that it is planned to call the Crimean people for military service only starting from 2015 year, after the military registration system of the citizens and the work of the military commissariats in the territory of the new subjects will be brought in line with the Russian legislation and the regulatory framework of the Russian Ministry of Defense.

At the Victory Parade, Russia must demonstrate to the world the rejection of fascism

The Minister of Defense also noted that due to the great spread of neo-Nazism ideas in Ukraine, Russia at the 9 Victory Parade on May should once again demonstrate to the world the categorical rejection of fascism.

Recently, the Foreign Ministry of the Russian Federation stated that “unlike the Ukrainian right-wing forces, who are marching openly in the cities of Ukraine with fascist symbols, praise Bandera and other Nazi henchmen, defile the monuments to Soviet soldiers-liberators, in Russia they are actively preparing to solemnly celebrate 70 in the near future the anniversary of the liberation from the Nazi invaders, in particular, Odessa, Kerch, Sevastopol, Simferopol and other cities ”.