Ukrainian army received 330 thousand dry rations from the US government 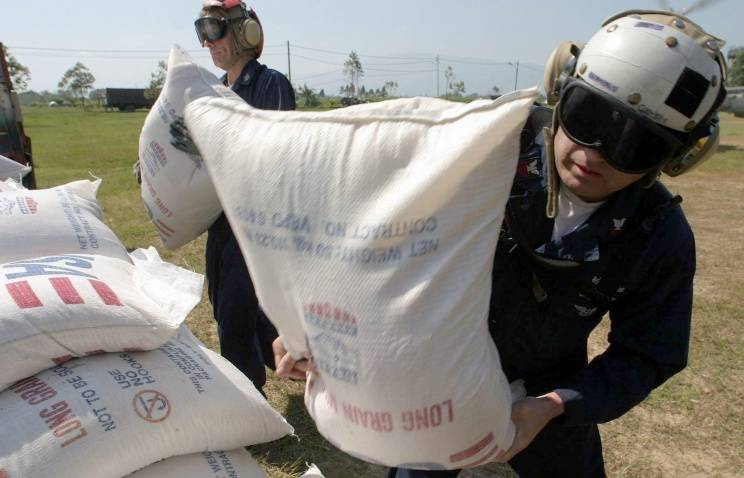 The last batch of assistance from the US government was delivered to Ukraine for units of the Ukrainian armed forces.


"In general, it amounted to 25 thousand boxes with US MRE dry rations, which is about 330 thousand sets," said the press service of the Ministry of Defense of Ukraine.

According to her, the cargo was handed over by a representative of the Department of Defense Cooperation at the US Embassy in Ukraine, Major Alexis Scott. On the Ukrainian side, humanitarian assistance was received by the head of the department for the implementation of international treaties of the main directorate for military cooperation and peacekeeping operations of the Armed Forces General Staff Colonel Alexander Ostrovsky. "The American dry rations will soon be distributed to military units of the logistics of the armed forces," said Ostrovsky.

Earlier, the official representative of the US Department of Defense, Rear Admiral John Kirby, answering the question why this kind of assistance was chosen, replied: "They asked for it."

As for the rest of the request for military assistance, which Ukraine turned to the United States, it continues to be studied, the rear admiral said.

"From the point of view of various departments in the United States, attention should be paid to non-combat components," the Pentagon representative said.

Ctrl Enter
Noticed oshЫbku Highlight text and press. Ctrl + Enter
We are
The action “Military service under the contract is your choice!” In Rostov-on-Don: future contract servicemen, exhibitions and “Russian Knights”Zlatoust at the American Embassy. Masterpieces of Russian espionage
Military Reviewin Yandex News
Military Reviewin Google News
234 comments
Information
Dear reader, to leave comments on the publication, you must sign in.