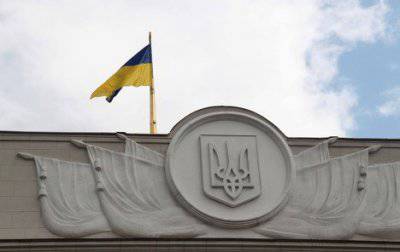 The Ministry of Finance of Ukraine announced the decision of the country's leadership to increase defense and security spending this year by 15,6% to 4,26 billion dollars.


“Expenditures on defense and security after amendments to the Law“ On the State Budget of Ukraine for 2014 Year ”were set at 45,5 billion hryvnia (4,26 billion dollars), or at the level of 3% of gross domestic product (GDP),” the department said, transmits ITAR-TASS.

The Ukrainian Ministry of Finance also said that it limits the expenses of civil servants for the purchase and maintenance of mobile phones, cars, and overhauls and keeps the minimum wage at the level of December 2013. “First of all, it is connected with carrying out measures to save budget funds,” the Ministry of Finance informed.

At the same time, the department added that the changes introduced to the state budget envisage an increase in the reserve fund by 6,9 billion hryvnia (642 million dollars) to finance measures to ensure the state’s defense. “With this in mind, defense and security spending in 2014 will be 52,4 billion hryvnia (4,9 billion dollars), which will be 3,4% of GDP. This is 15,6% more than in the 2013 year, ”the Ministry of Finance noted.

Earlier, Prime Minister of Ukraine Arseniy Yatsenyuk said that the country is on the verge of economic and financial bankruptcy. Bankrupt Ukraine, the new government announced in February. Then Kiev noted that 35 needs billions of dollars.

At the same time, the European Bank for Reconstruction and Development, in the framework of international financial assistance to Ukraine before 2020, intends to invest at least 5 billion euros.

Ctrl Enter
Noticed oshЫbku Highlight text and press. Ctrl + Enter
We are
"Glazyevtsy" against "Kudrintsev": the battle for the right to manage the budgetKudrin made a proposal to reduce the costs of defense and national security of Russia
Military Reviewin Yandex News
Military Reviewin Google News
79 comments
Information
Dear reader, to leave comments on the publication, you must sign in.