How to bring bread and salt to the invaders

March 31 2014
181
We offer the publication of the editor of the Sumy site dancor Vladislav Ivchenko. The Ukrainian authorities, it seems, do not care that the mass media incite interethnic strife. And between whom! Between the people, which is inseparable.


It is noteworthy that the author writes in Russian. What, then, is it different from the Russians? Directed by Vladimir Bortko, who shot the brilliant film “Heart of a Dog”, also asked this question: “What is the difference between Russian and Ukrainian? Nothing! ”Our neighbor Vladislav Ivchenko has a different opinion. He is ready to meet the "aggressors" with a gun - he wrote about it himself. Obsessive thoughts do not give him rest. Here is his article. 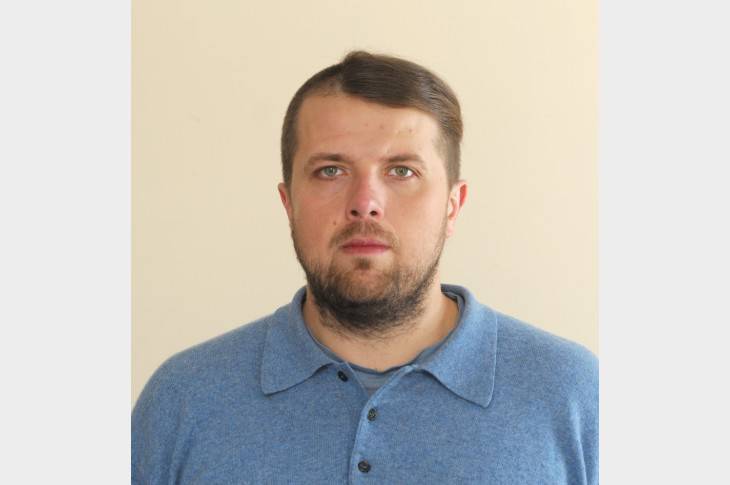 Since the threat of a Russian invasion of the Sumy region is still quite real, we can and should reanimate the experience of our grandparents who survived the German occupation.

It is clear that the most rewarding experience is guerrilla warfare. The first thing that Putin's invaders will see when they enter the territory of the region is the statement “Sumy - partisan region”. For approval must go grenade launchers and small rifle. weapons.

On the arm of the resistance movement will be the fact that within a few weeks the forests in Sumshchina will be covered with foliage, a so-called "green paint" will appear, which was used by partisans from Kovpak to Vietnam with Afghanistan.

It is clear that traditionally the Spadshchansky forest should perform well. It is close to the Kiev-Moscow highway, along which newly-born gauleiters from United Russia will ride. However, under the Sumy there are not weak forest tracts, which hospitably open their green covers for citizens who do not want to join the “Russian World” of the Khebistsky spill, which the Kremlin tyrant wants to regale.

The traditions of the southern Sumy region, where the guerrilla war with the Bolsheviks continued to the Holodomor, should not be forgotten either. It seems that in Romny or Akhtyrka "Colorado" will be no less hot than in Sumy.

In addition to his own, homegrown, experience, it is necessary to use the experience of other nations, faced with the rashist invasion. The experience of the war in Chechnya showed: Russian soldiers can do a lot of things, but they cannot but drink. Therefore, methyl alcohol and other beverages that send Putin’s glorious warriors straight to Valhalla can be no less effective than machine guns.

Posters "No vodka! Go home! ”, Which the Czechs hung up during the invasion of the Soviet troops, is less desirable, because the armed citizens of the“ Russian world ”can always say:“ And if I find it! ”- and conduct compulsion to hospitality. Here it can be useful to reserve the moonshine as possible with a higher content of fusel oils. A Russian soldier will drink everything, but his liver will not cope with everything. However, the owners of grocery stores are waiting (in case of occupation) hard times, because Russian hussars don’t give money, especially for vodka. The fate of our distillery is also easy to imagine.

Also, remember: in Russia, one of the highest levels of drug addiction in the world. Considering that only representatives of less fortunate segments of the population join the Russian army, one can assume that the number of drug users among the soldiers-liberators will be high. Tramadol, ketamines, shirka - all this will be the main goals of people in camouflage (of course, after the protection of the Russian-speaking population from Bendera).

We must not forget that in the event of the invasion of the rashist hordes in the Sumy region there will necessarily be a fifth column of citizens who will quickly be dressed in ribbons of “Colorado” colors and fall into ecstasy of union with the Old Tzarish people. Well, this is the case: during a flood, not the salt of the earth always emerges, but something worse.

The experience of the German occupation of Sumy shows: schools and hospitals for Aboriginal people will be closed, but they will rename the streets. Independence Square will be the Reunion Square, Shevchenko Avenue will be returned to the bright name of Karl Marx, the Cathedral will be renamed the Cathedral MP, and Sumy has all the chances to get a new name. United Russia? Kiselevgrad? Koniburg? (Recall: Horses are Vladimir Putin's favorite dog.) Perhaps Sumy will be completely demolished. Or it will be transferred somewhere to the Far East, where the Russian-speaking population will successfully be replaced by the Chinese.

Finally, let us dream of a future in which the media would report "about small skirmishes on the Ukrainian-Chinese border." It seems fantastic, but a month ago the war with Russia seemed no less fantastic. And here she is.

Ctrl Enter
Noticed oshЫbku Highlight text and press. Ctrl + Enter
We are
A great interview with Sergey Lavrov: about Ukraine, Obama and IranWhat you didn't want to know about England
Military Reviewin Yandex News
Military Reviewin Google News
181 comment
Information
Dear reader, to leave comments on the publication, you must sign in.