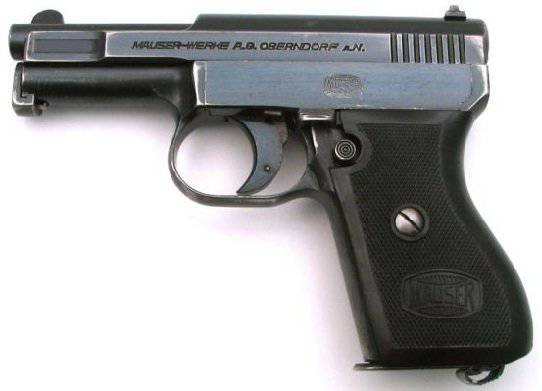 When it comes to Mauser, many are brutal "comrade" in a wooden holster dangling over their shoulders in a lanky basmach from the movie "White Sun of the Desert" or a sailor from a distant 17, dashingly waving a "big" pistol. But there was another "little" Mauser. The designers of the famous Mauser Werke weapons enterprise in 1909 began developing a new pistol for the recently adopted 9 × 19mm cartridge (9mm Lüger). The basis of the automatic design of the gun was not quite normal at that time scheme with a semi-free shutter. They experimented not with a locking barrel, but tried to slow down the rollback. To do this, in the front bottom of the gun placed braking support plate, holding the bolt until the bullet leaves the barrel. The first prototypes of such a pistol appeared in the 1910 year, and its upgraded model, under the marking, was made in small batches, individual pistols were even supplied with a removable holster-butt. 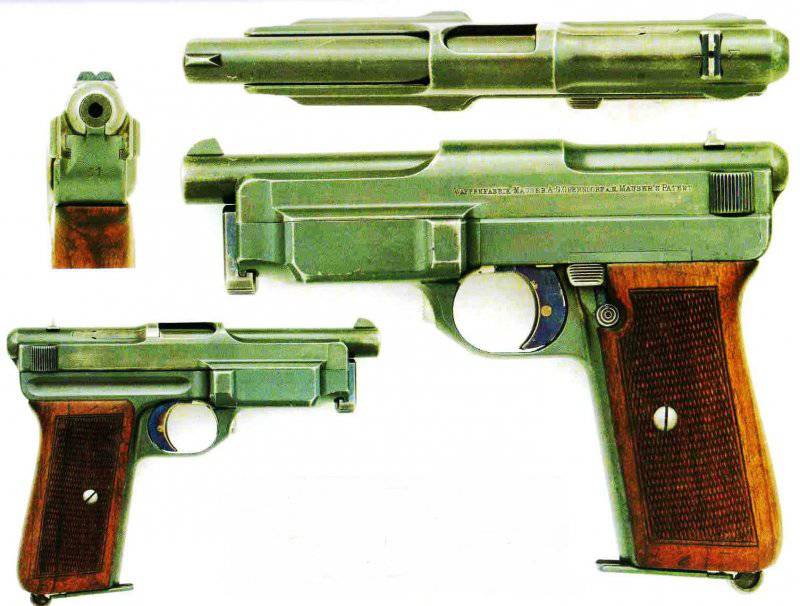 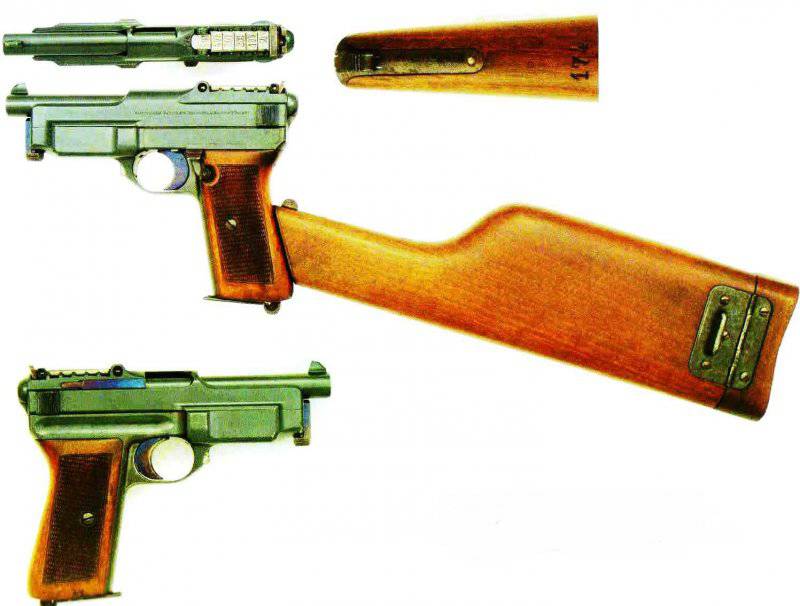 However, during the development it was found that the adopted scheme is not very successful. A total of about 200 such pistols were made. The largest known 176 serial number.

The model of a civilian pistol made on this basis, also designed by the engineer of the firm Mauser Joseph Nickle, on the contrary, enjoyed great success.

So the civilian Mauser 1910 model pistol of the year was born, which was designed for a relatively weak, but quite common at that time, cartridge 6.35mm Browning. From 1910 to 1913, about 60000 of these pistols were made year. 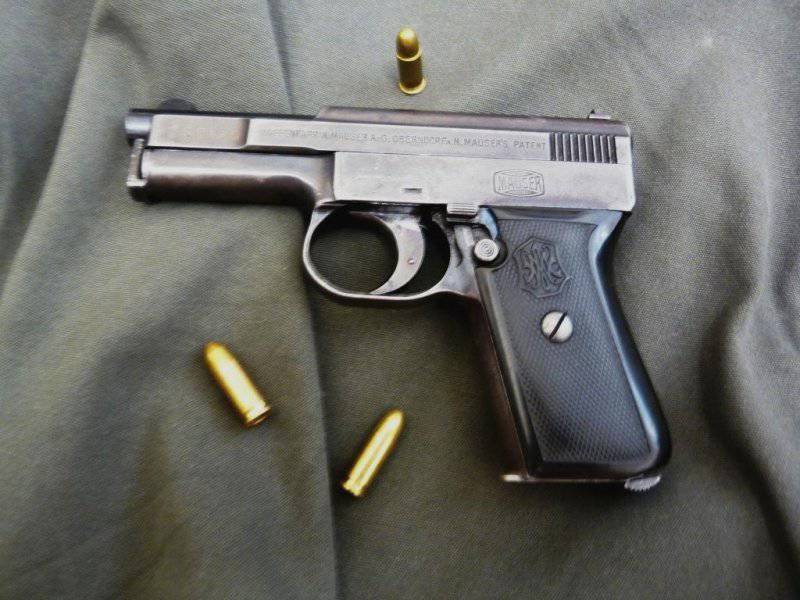 After a small modification in the 1914, new models of this gun appeared. Model 1910 / 14 for the same cartridge and model 1914 for the cartridge 7,65 Br. These pistols often served as a standard weapons in many organizations and not only in Germany. 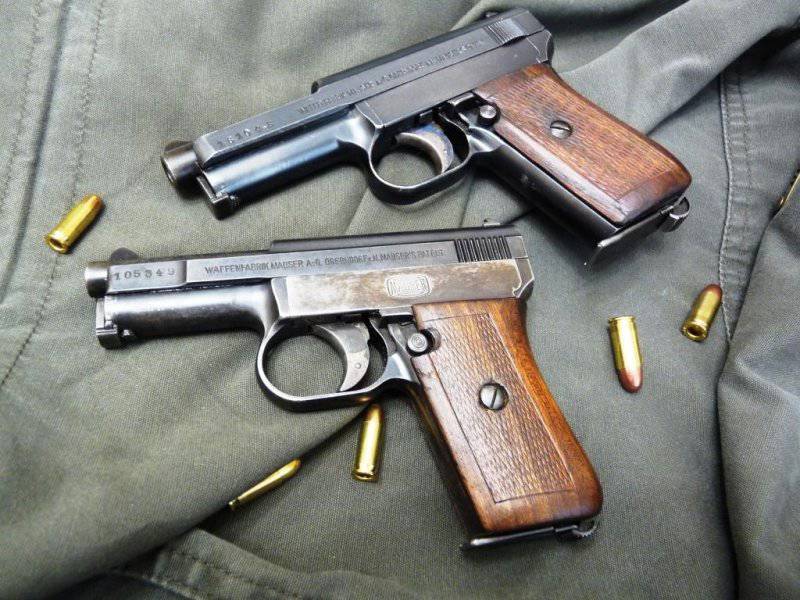 One of the features of these models was to stop the bolt in the rear position after the store was empty, which allowed to significantly reduce the time for reloading and thereby significantly increase the combat characteristics of the weapon. It was enough to replace the empty magazine with the equipped one, while the inserted magazine interacted with the hook lever that released the bolt. In addition to the shutter stop function, a lever appeared with a protrusion that locked the trigger when the store was empty. Total 1914 models of the year were made about 330 thousand pcs. For chuck 6,35mm and about 500 thousand pcs for 7,65 mm chuck.
In 1934-36, a small refinement of these models was carried out, while the handle got a more streamlined shape and the heel of the store also became without sharp corners. The models received the designations M.1910 / 34 (under the caliber 6,35) and M.1914 / 34 (under the caliber 7,65). These models were made much smaller (in the caliber 6,35mm - around 30000pcs, in the caliber 7,65mm - around 120000pcs). 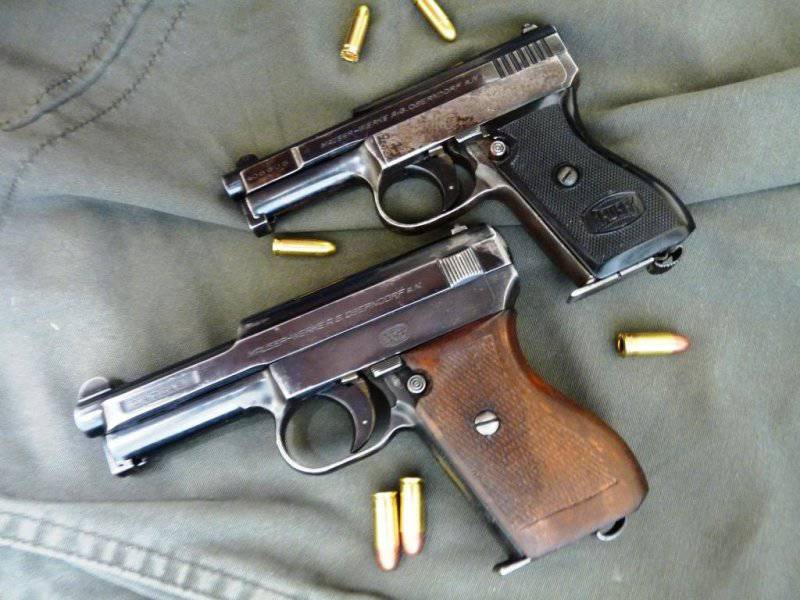 The device Mauser 1910, 1914 and 1934 pistols have a small number of differences, most of which are purely external, although some have served in the army and police of many states. All these pistols had automatics based on the recoil of the free shutter. The barrel is easily removed when disassembling, although it was motionless when firing. Fastening the barrel to the frame is quite implemented very original - with the help of a long longitudinal rod that was inserted in front of the trunk and passed through the holes in the stops made on the lower surface of the barrel. The firing mechanism of the firing pin type, the manual safety device is located to the left in the neck of the handle cheek. In the design of the pistol, a slide lag is provided (only on 1914 and 34-s models), but its shutdown is performed only by installing the next magazine (whether it is empty or full). Magazine latch is located at the base of the pistol grip. The arms of the handle are wooden or plastic. 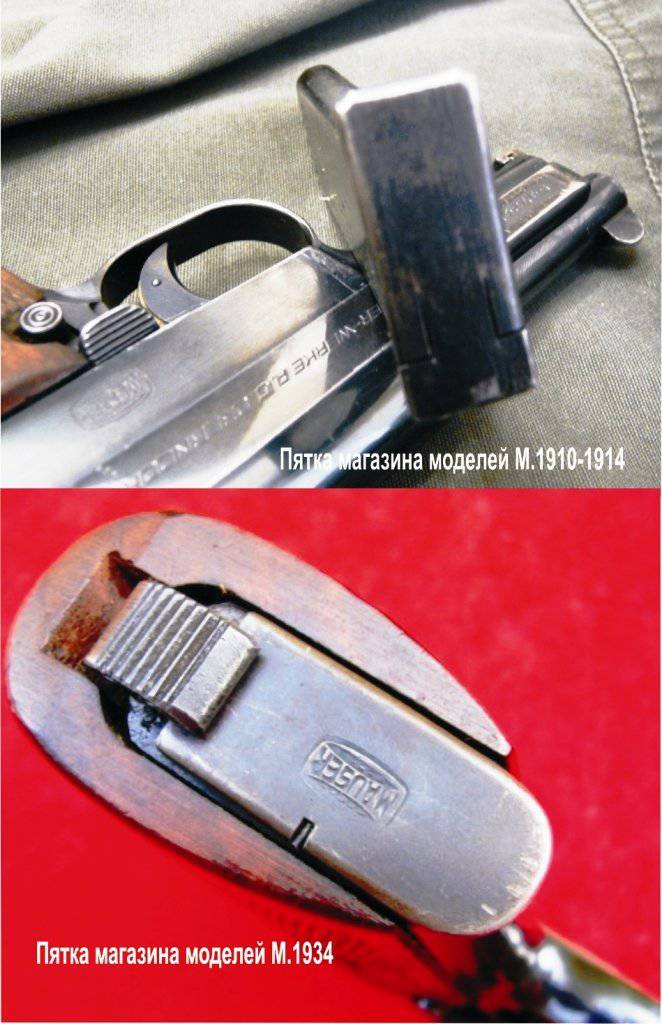 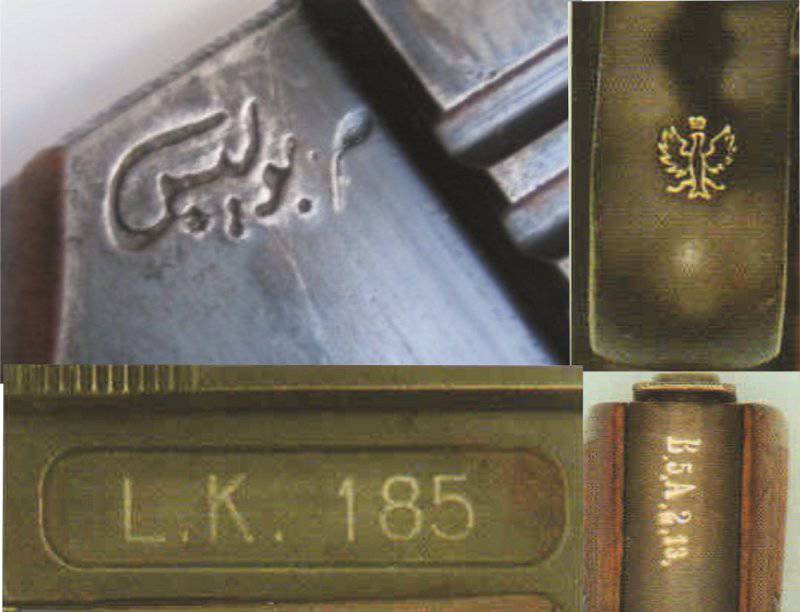 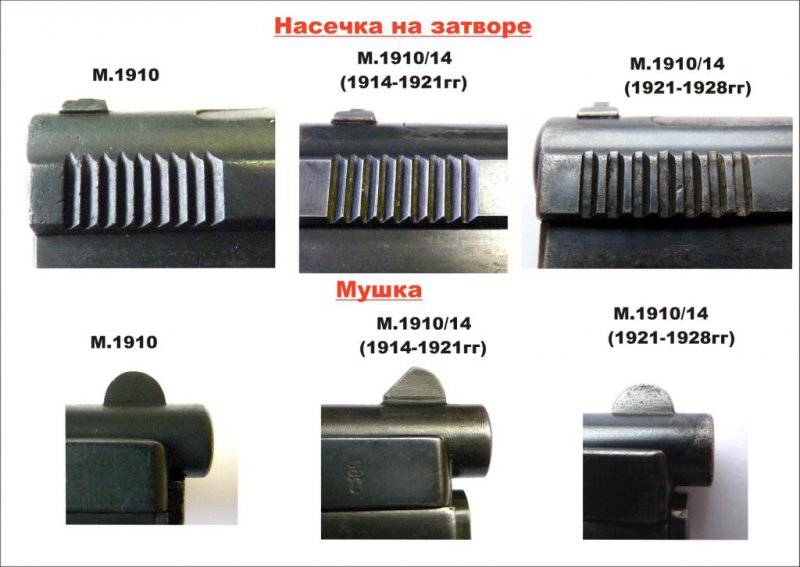 Currently, the "small" Mauser occupy a separate topic from collectors of weapons, because each model has a number of options: from the number of notches and the type of font on the paddle and ending with all sorts of "contract" parties with various stamps and inscriptions. 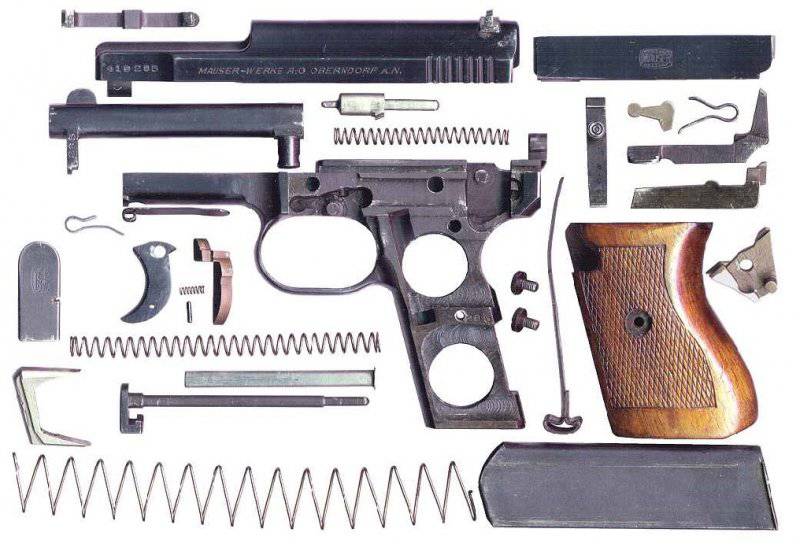