The memory must be long 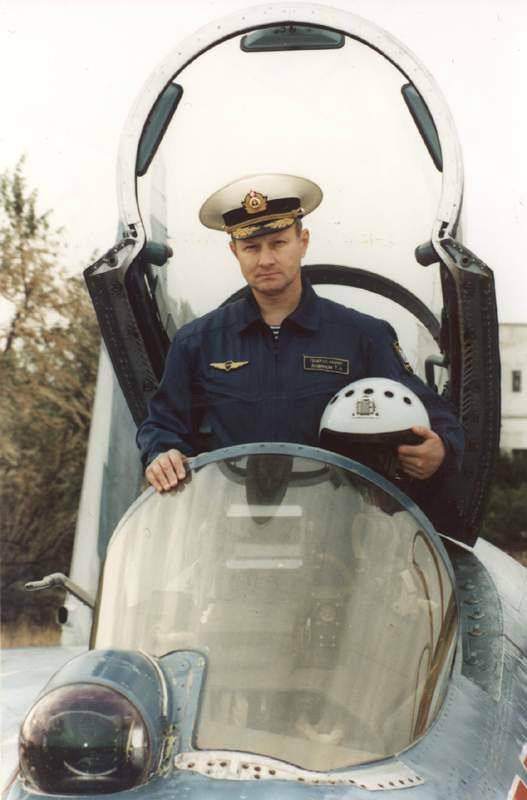 "It would make nails out of these people, there would be no stronger nails in the world."
Nikolai Tikhonov (1922 year)

It can be stated with regret that in the modern world few people correspond to such words. Vague concepts of patriotism, betrayal at every step. Market relations. It is believed that a person who does not change his beliefs is flawed. However, it is more likely that the one who often changes them in favor of careerist or other benefits is a weather vane. Of course, from a youthful romanticism to a mature understanding a rather long period of our life passes, but the pivot laid in childhood and adolescence must remain.

Anyone is tested for kinks. stories. The famous Russian pilot Timur Apakidze had several such kinks. And the time of the collapse of the Soviet Union is especially significant. Commander of the 100th naval fighter regiment of the Naval Center aviation Navy, based on the Saki airfield, withdrew to Ukraine. Proposals rained down: to take the oath of Ukraine, on the other hand, to head the Georgian Air Force. All offers rejected. The oath is taken once! And further thoughts: what to do? The first thought is to raise a regiment and fly to Russia! But on TV they show how Yeltsin hugs Kravchuk. You can’t substitute people, only volunteers. Ultimately, Tavkr "Admiral Fleet Soviet Union Kuznetsov ”with 18 fighter pilots and planes leaves Sevastopol and goes to Severomorsk, which allowed to keep the aircraft carrier and experienced Timur-trained deck pilots. This is encouraging that we will have an aircraft carrier fleet.

But there is no money in the country, how to maintain such a large ship? Maybe it's better to cut the needles? Timur Apakidze is making a titanic effort to prove the importance of the ship and carrier-based aviation for Russia. With difficulty, but it succeeds. And then - a trip to the Mediterranean. Intensive flights are conducted in the Atlantic, where Apakidze performs seven take-offs and landings per day. Colossal load. His famed "falcons" are in no way inferior. And all this is in front of the NATO members, who are already somehow unpleasant, not in themselves.

Different sources cite different figures for Apakidze’s total raid, most often 3850 hours. Incomprehensible fiction. Mastered 13 types of aircraft. This is a man of heaven! It is necessary to understand that for the flight shift lasting 8 hours he jumped from a plane into a plane. Being in leadership positions, not sparing himself, he tried to teach what he had mastered himself.

And still. Who are the fighter pilots? And especially the deck?

Here we recall our legendary pilot Ivan Kozhedub, Colonel General of Aviation and three times Hero of the Soviet Union. For air combat at low altitudes, he came up with such a training. Usually, in early autumn, stratus clouds form in the sky with a fairly smooth upper edge. So, above this flat edge, I worked on the figures of vertical air combat near the Kozhedub land. From simple to complex - well-known pedagogical principle. This principle was fully used by Timur Apakidze.

The sailors have such a farewell: "Seven feet under the keel," in aviation: "So that the number of landings equals the number of takeoffs." Apakidze has this number, unfortunately, minus two. 11 July 1991 of the year due to the failure of the remote control system was lost one of the first serial Su-27K - T-10K-8. Apakidze, who piloted it, ejected on command from the command post, but later regretted that he did not save the plane. And the second time ... 17 July 2001 of the year during demonstration performances at the festival in honor of the 85 anniversary of naval aviation at the Center for Combat Training and Retraining of the flight personnel of the Navy at the Ostrov airfield ...

There is an official version of the death of Timur Apakidze. There are many different hypotheses. I would like to offer my version based only on my emotions and love for this great man.

What did we see in the 90 of the last century? The development of military, and not only military, aviation slowed down, if not to say stopped. Graduates of military aviation schools after the direction of the unit almost did not fly. As a result, the competition for admission to flight schools fell not only to zero, but to minus. Timur Apakidze, as a true patriot of our country, may have been tormented by this thought - how to raise the prestige of aviation in the eyes of the younger generation. And on the 85 anniversary of naval aviation for the audience and, mainly, the younger generation, a cascade of aerobatics. Overload more than 8g. What is 8g? If you weigh 70 kg, then with this overload 8g will be 560 kg. An untrained person may faint, but a trained person with relatively long-term exposure may experience a temporary loss of spatial orientation ...

At the site of the crash of the Su-33 fighter, which was piloted by Timur Apakidze, a memorial sign was installed, and in Severomorsk, on the Safonov Square and in the village of Novofedorivka on the Alley of Heroes, busts were installed to Hero of Russia Timur Apakidze. There are plaques dedicated to Timur Apakidze in the Nakhimov School, in Saki, Kaliningrad and Severomorsk-3.

17 July 2013, exactly 12 years after the death of Timur Apakidze, a monument to the deck fighter Su-33 was opened on the territory of the aircraft plant in Komsomolsk-on-Amur. The portrait of Timur Apakidze and the vehicle’s on-board number - “70” are applied to the aircraft.