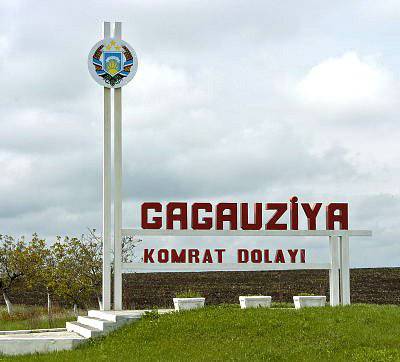 When signing the European integration documents with the European Union, the Moldovan authorities did not consider it necessary to ask their own citizens, and in fact, what do the people of Moldova want: EU integration or rapprochement and entry into the Customs Union with Russia, Belarus and Kazakhstan?


If such a referendum were held, it is not a fact that the ruling pro-European coalition would have the mandate to initial the European 28 agreements in November on November 2013 in Vilnius. On the territory of Moldova there are regions and regions that have reacted extremely negatively to the actions of the central authorities. It is not even about Transnistria, which has been living independently of Moldova for more than 20 years (they also took this signing very critically).

The citizens of the city of Balti, which is called the northern capital of Moldova, spoke unequivocally against this signing, which, in their opinion, occurred secretly, without a serious discussion of the real benefits and losses for the Moldovan economy. The agreement between Moldova and the European Union was announced by the authorities only after initialing it. In this case, the 700-page document was in English. A number of journalists and the opposition asked a very reasonable question: did the government learn what the politicians put their signature on?

Rogozin: “Moldovan Eurointegrators are in a Frenzy”

One of the regions that spoke out categorically against the actions of the Moldovan government aimed at European integration was the Gagauz autonomy. In the republic, where about 160 thousands of citizens live, a referendum was held, which was held here on February 2.

The turnout percentage was unexpectedly high even for the organizers of the plebiscite - more than 70% of the voters of the autonomy came to the polls to express their position regarding the foreign policy of Moldova. At the same time, 98% of the citizens of Gagauzia spoke in favor of the Eurasian course and the entry of Moldova into the Customs Union with Russia, Belarus and Kazakhstan.

Moldovan authorities harshly criticized the referendum. Prime Minister Yuri Leanca called the incident in Gagauzia a violation of the law, stimulating separatism. At the same time, he hinted that irresponsible politicians in Chisinau and a number of political parties are responsible for this. He directly accused the left forces of swaying the political situation in the country on the eve of the signing of the European agreements.

“Communists and socialists should think about their actions and what elements of destabilization could be in the medium term if they continue in the same spirit. What happened in the autonomy is a violation of the law, ”said the Moldovan prime minister.

Russian Deputy Prime Minister and Special Representative for Transnistria Dmitry Rogozin wrote on his page on social networks: “The referendum in the autonomous Gagauzia took place with an unprecedented turnout. Moldavian Eurointegrators are in a rage. ”

The Communist Party really openly supported the holding of the plebiscite, and then congratulated the inhabitants of the autonomy on such unprecedented results. The PCRM considers the past referendum to be legitimate; during the meeting there were observers not only from the CIS countries, but also from Europe.

On their official website, the communists called the referendum on Gagauzia “a demonstration of a firm and inflexible confidence in the need for Moldova to join the Customs Union.” The PCRM believes that this referendum is “a symmetrical response of the Gagauz to attempts to eliminate Moldovan statehood”.

The Gagauz people themselves are convinced that their republic is on guard of the Moldovan statehood, which keeps Chisinau from the close embrace of Bucharest. The chairman of the youth government, Nina Dimoglo, noted that this referendum was "an insurmountable obstacle for the unionists and Gagauzia became the anchor that would not allow Moldovan sovereignty to be given to other countries."

It should be noted that the majority of Moldovan TV channels, which today belong to the oligarchs from the ruling coalition, chose not to notice the plebiscite held in Gagauzia at all. Even despite the fact that this topic paid attention to the Russian, Ukrainian and European media.

The Moldovan authorities also prevented the arrival of the CIS-EMO international election observer group. Moreover, the Constitutional Court threatens with criminal prosecution of a number of deputies of the National Assembly involved in the organization of the referendum.

In addition, the Moldovan authorities blocked the accounts of Gagauzia in the hope of preventing the holding of a will. According to some estimates, the cost of the referendum amounted to about $ 2,5 million. These expenses were eventually paid by ethnic Gagauz businessmen living in Russia and Ukraine.

Irina Vlah: Gagauz do not accept the course of power on the EU

For comments and an assessment of the 2000 referendum held in Gagauzia, they turned to Communist deputy Irina Vlach, a Gagauz by nationality.

- Irina Fyodorovna, the Communist Party supported the referendum in the Gagauz autonomy; At the same time, Prime Minister Yuri Leanca considers this will to be a violation of the law.

- Unlike the ruling alliance in Moldova, the PCRM does not consider that the legislative and consultative referendums held on February 2 in Gagauzia were outside the legal field. According to the law on the special legal status of the ATU Gagauzia, autonomy has the right to participate in the domestic and foreign policy of the Republic of Moldova. Nevertheless, nobody was interested in the autonomy’s opinion when, at the end of November last year, official Chisinau initialed the Association Agreement with the European Union in Brussels.

— In legal terms, did Gagauzia have the right to hold this referendum in the republic?

- How would you rate the plebiscite held in Gagauzia?

According to the results of the consultative referendum, more than 98% of residents of the autonomy support the idea of ​​integration into the customs space. Given the turnout (more than 70%), we can state with certainty: the absolute majority of the voters of the Gagauz autonomy do not accept the course of the center on the EU.

— Given the held referendum in Gagauzia, is not your party, which is the real opposition to the current ruling regime, going to initiate a similar expression of will throughout the country?

- For us, a successfully held referendum in Gagauzia is only the first victory. Now the National Assembly, the executive committee, the deputies of the Parliament of Gagauzia should together look for the possibility of fulfilling the will of the voters. The PCRM faction in parliament is ready to come up with an initiative to hold a republic-wide referendum on the preferred foreign policy vector of the Republic of Moldova. Moreover, with a similar initiative, our faction has already appeared in 2011, and then the parliamentary majority rejected it. Obviously, today the result will be the same. In my opinion, only the parliamentary elections and the coming to power can cut this Gordian knot.

Ctrl Enter
Noticed oshЫbku Highlight text and press. Ctrl + Enter
We are
“If Moldova takes a step towards Romania, Transnistria will fall off”The role of the “anchor” holding Bessarabia from Romania moves from the PMR to the Gagauz and the Bulgarians: regional results-2013
Military Reviewin Yandex News
Military Reviewin Google News
80 comments
Information
Dear reader, to leave comments on the publication, you must sign in.