Chinese view on Ukrainian events: why support the actions of Russia in the Middle Kingdom

March 31 2014
120
From the very beginning of the latest events in the Crimea, Chinese public opinion was entirely on the side of Russia. In China, they consider what is happening as a clash between Russia and the West, and sympathize with the first.


At the end of February, when the Crimean crisis was just beginning, the editorial of the newspaper “Huantsyu Shibao” caught the eye with discourses on how the Celestial should treat what is happening in Ukraine.

On the one hand, the material said, Beijing traditionally professes the principle of non-interference in the internal affairs of other states (one of the five principles of the peaceful foreign policy of the PRC). And calls for this all the rest. 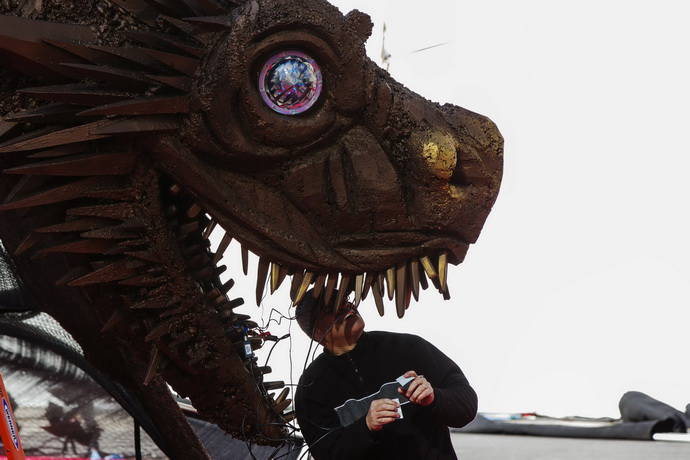 However, it was further noted that in order to follow this rule in respect of a country, including Ukraine, it must have these internal affairs, that is, all decisions in the state should be made independently and sovereignly.

The meaning of the reasoning in the editorial of the Chinese edition was as follows: one thing when it comes to a sovereign state, which, in accordance with its legal and constitutional procedures, determines how to live, what to do, and in which direction to develop. In this case, any foreign intervention is interference in internal affairs, an attempt on sovereignty and independence.

But if the state, including its formal leadership, is under external influence and control (although the “state” in this case is a very conditional concept), then intervention in the processes occurring in it (on its territory) is interference external forces controlling such a “state” (or its formal leadership).

In this regard, the editorial board of the “Huanqiu Shibao” asks the question: do Ukraine still have internal affairs? Are decisions made in Kiev? Or are they imposed (prompted) from the outside? And further: interference in the "Ukrainian affairs" - is it interfering in the internal affairs of the country or interfering in the affairs of the West, which saddles Ukraine? On this occasion, the material stated that "the Ukrainian question has long gone beyond the internal affairs of any country, and Ukraine has long been the scene of struggle between the West and Russia."

“The right to interpret what exactly is internal policy has been owned by Western countries for many years. Everywhere they themselves intervene in the affairs of other states, sometimes even recklessly abusing military forces. But when did they recognize it? ”Recalls the Chinese edition of the traditional for the West hypocrisy and double standards.

Official Beijing took a diplomatic neatly-detached position: appeals for a peaceful settlement, for the settlement of controversial issues at the negotiating table, etc.

At the same time, a much more definite position is stated in the media controlled by the Chinese authorities. For example, the People's Daily says that the situation around Ukraine is "shrouded in the spirit of the cold war." Russia, under the leadership of Vladimir Putin, "made the West understand that there could be no winners in the Cold War." At the same time, the article notes, “a strategic rapprochement between Russia and China will become a stronghold of stability in the world.”

In the Chinese Global Times, Western policy towards Ukraine is severely criticized and a “West fiasco” is stated. The project of creating a pro-Western regime in Kiev “failed and created chaos, which the West has neither opportunities nor wisdom to arrange.” What position should China take in this situation? “We cannot disappoint Russia when it has to struggle with difficulties,” emphasizes the Global Times, and at such a difficult time for Moscow, “China must become a reliable strategic partner.”

Commenting on the weekly Der Spiegel, commenting on China’s so loyal attitude to Russia, the front pages of Chinese state publications leave no doubts: “The most populous country in the world stands on the side of the largest country in the confrontation between Russia and the West.” By the way, the material of the author is accompanied by a poster of 50-ies of the last century on the theme of Soviet-Chinese friendship.

Der Spiegel draws attention to the preparation of Moscow and Beijing for the formation of a union capable of significantly changing the balance of world forces. At present, the newspaper reminds, experts of the Russian Foreign Ministry are working on a draft treaty on “military-political cooperation” with the PRC. Although the specific details of the document are not yet known, this agreement “should go much further than the agreement on good-neighborliness, friendship and cooperation signed by Putin in 2001”. But this is for the future.

At present, China may receive bonuses directly from the conflict between the West and Russia over the Crimea.

The point is that earlier, Moscow (in response to Washington’s insistent requests) refused to supply China with a number of Russian weapons systems capable of significantly changing the balance of forces in the Pacific. For example, reminds Der Spiegel, China has long wanted to purchase nuclear submarines of the 949A project from the Russian Federation, which are equipped with cruise missiles and can destroy American aircraft carriers. And earlier, influential representatives of the Russian military industrial complex lobbied for the lifting of all restrictions for China. In light of current circumstances, these appeals can be supported by the Kremlin.

China is interested in military cooperation with Ukraine. However, the latter’s rapprochement with the West, especially with the prospect of joining NATO, will adversely affect the military-technical cooperation of Kiev and Beijing, and even put an end to it. "For this reason, China wants Ukraine to remain in the Russian zone of influence," says Der Spiegel.

Thus, the situation with the sanctions that the West imposes on Russia in connection with its actions in the Crimea (including threatening with a reduction or complete cessation of military-technical cooperation with the Russian Federation) can be used by the Chinese to their advantage. The West, on the contrary (especially the USA), will get a lot of problems.

We add that the events around the Crimea in China are probably also viewed through the prism of the Taiwanese problem - in all its aspects, starting with its own military capabilities and ending with the need to have strategic partners / allies able to cover the rear and provide at least diplomatic support. In Beijing, after all, they probably expect to read sooner or later in some American edition an article entitled How the West lost Taiwan.

Ctrl Enter
Noticed oshЫbku Highlight text and press. Ctrl + Enter
We are
The death of the elder brother. The lessons of the crises China teaches very carefullyPutin, did you come to sell oil? ("Website of the Huanqiu Shibao Newspaper", China)
Military Reviewin Yandex News
Military Reviewin Google News
120 comments
Information
Dear reader, to leave comments on the publication, you must sign in.