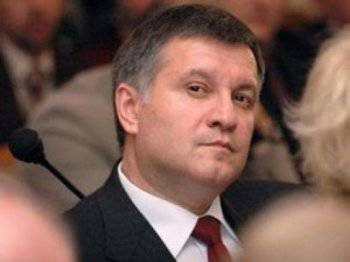 In a unique in its own way, the Ukrainian political politician is considered analytics, and the shaman tambourine is his favorite musical instrument.


Explaining differently this complex insanity is impossible. All, as one, politicians and their close and court political scientists, assistants and secretaries broadcast as instituted that the Crimea is Ukraine, and they must be with the help of the Lord God, the EU, NATO and Obama with Rompuy - will be back soon ...

Well, or not soon. But just return, yeah.

"We must take all measures: on the one hand, the sanctions that our international partners make, on the other - the firmness of the position of Ukrainians, on the third - economic success. When a resident of Ukraine demonstrates that he lives much happier than a resident of Crimea, I am sure that Crimeans will be disappointed ... Only a combination of all these events will allow us to fulfill what the people and politicians say today: Crimea will always be Ukrainian, the world will never recognize the annexation of Crimea ", - said the most rated candidate for Ukrainian presidents today - pan Petro Poroshenko.

As we noted, the word “we” Poroshenko’s Pan already implies himself along with the world community. Haberdasher and Cardinal.

The economic successes that he claims are not something that are not visible in the near future, they are, alas, not even visible with glasses, and with such indicators and prospects for breaking off relations with the largest partner, they are not guessed in a very distant future.

In general, Poroshenko does not care much about relations with the Russian Federation. As all conscious Ukrainian people know, 25 of percent of which is ready today to vote in elections for this major economist - another foreign country will help us.

In an interview with the Air Force, a possible president of a country where at least 8 of millions of Russians lives is asked: "How will relations with Russia be built up, what should the new president do?", - answered: "Our position is absolutely simple and clear: we are ready for any compromise if the Crimea is returned. If this position is not achieved, then our primary goal is the liberation of the Crimea. Everything else then. "

Then it's a great answer. Half of the Ukrainian national idea and state policy is based on this “later”. The second part, as is known, is based on the fact that all the evils in Ukraine originate from the Kremlin.

Yesterday's events around the Right Sector and the Secretary of the Interior Minister Avakova this is confirmed once again. Suddenly, the actions of the force, which, in fact, led to the power of the same Avakov, were declared pro-Russian, pro-Putin and separatist.

The excuses and excuses of Arsen Avakov today look ridiculous, if we recall his rhetoric regarding the Right Sector a month ago.

"Resignation is not a problem for me either three days ago or now, immediately. The problem for me is where the country will go. We will move towards the gangs, won, as in Somalia, or we go in the direction of order? I prefer order. When my right-wing sector demands my resignation, Anna Herman and Inna Bogoslovskaya, it causes quite mixed and absolutely unambiguous feelings in me "- he told reporters today.

Perhaps the same for which the minister did not resign. Zakharchenko? Maybe Zakharchenko was right when he said that bandits were trying to seize power in the country, and the streets of Kiev resemble streets in Somalia cities? And for some reason he declared that there must be order in Kiev, and the paramilitary units are illegal, isn’t it? For this he was declared a criminal.

Ban Avakov will hold on to his seat with all his might, because there is no longer any way back for him. Just as Petro Poroshenko will struggle to become president, because for him there will also be no return.

These "leaders" are ready to destroy the country for the sake of their ambitions and their masters, pulling the strings. 23-th year Ukraine is ruled by such figures, who are never responsible for their words and deeds, and being in power serves them as a guarantee of their own security in the enrichment process.

It's a shame and pity in this regard not for those stupidly stupid people who sing the hymn fifteen times a day and listen to, opening their mouths to these balagan liars and clowns on the Maidan. Sorry for the whole country.

Through the efforts of such politicians, Ukraine has turned into an embittered, duped, shattered country. It's a shame for the hardworking and kind, in essence, the Ukrainian people, who, hopefully, still ask the current government - and why and thanks to whom we must now live in European Somalia.