Myths about Soviet prisoners of war

April 15 2011
6
The Great Patriotic War was not an ordinary war, for the disputed lands, any hostility - it was a war of annihilation. Any system of values ​​should have triumphed - the Soviet, or the Nazi.

Moreover, the Nazis to solve the "Russian question" in a complex, that is, to completely eliminate the Russian people, and other peoples of the Slavic kind. 30 March 1941, the year Hitler, at a meeting of the leaders of the armed forces, said: “This is a struggle for destruction. If we don’t look that way, then, even though we smash the enemy, the communist danger will reappear in 30 years ... This war will be very different from the war in the West. In the East, cruelty itself is good for the future. ”

The ideologists of the Third Reich considered this war to be part of the long-standing struggle of the Germans against the Slavs, a continuation of the “onslaught to the East,” the “crusade” of the West against the East. According to the order of the commander of the 4th tank group of May 2, 1941, E. Göpner: "... it must be waged with unheard of cruelty." 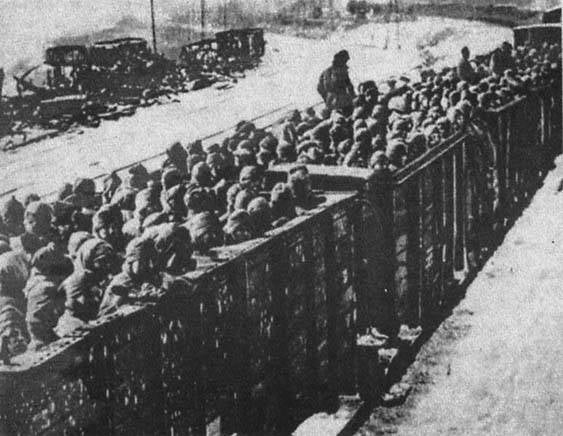 Therefore, the Nazis destroyed 57% of the captured Red Army soldiers. Of the French prisoners captured in 1940 (1547 thousand), 2,6% died in captivity. 12,4% of prisoners of war from the German armed forces (thousands of 3576,3 captives were taken prisoner), 17,2% (captured 800 thousands) prisoners of war from the allied countries of Berlin - Japanese captives 9,7% (captured 640,1 thousand) were killed in captivity.

It must also be borne in mind that the Germans considered prisoners of war to be all party members, civil servants, men retreating with retreating units that were not military personnel. So, for example: in 1941, the Wehrmacht command reported that it captured 665, thousands of Red Army soldiers east of Kiev. But, the entire number of units of the South-Western Front was (at the beginning of the Kiev defensive operation) - 627 thousand people. Of these, more than 150 thousand remained outside the ring of the environment, 10-ki thousand broke from the environment, tens of thousands more fell in fierce battles.

The Germans often arrested all men from 15 to 65 for the years when they took over settlements, they were considered prisoners of war.

Some authors guessed that they had accused Stalin and the Soviet leadership of deliberately destroying Soviet prisoners of war. He declared that: “We have no prisoners of war, there are traitors” and outlawed millions of Soviet prisoners, he also refused the Geneva Convention on Prisoners of War, donating money to the Red Cross and thus condemned Soviet citizens to mass destruction. This is the logic of some people.

But according to the Geneva Convention: the cost of maintaining prisoners is borne by the state that captured them; A state that has joined the convention undertakes to fulfill it even if its adversary has not signed it. And, the Third Reich Convention signed. 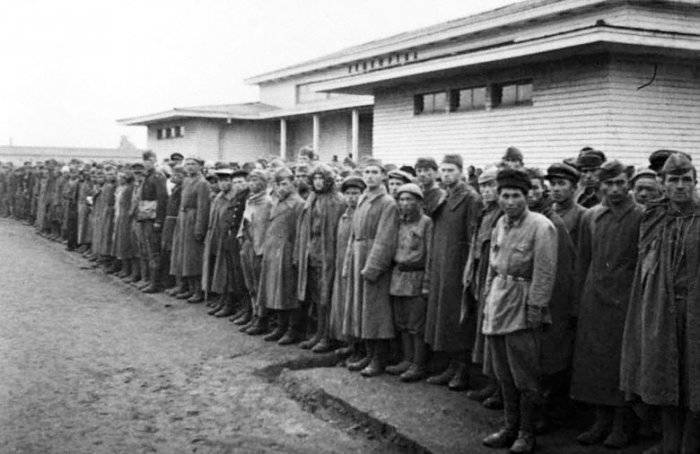 Back in Soviet times, the “black myth” was launched that Soviet prisoners of war who managed to escape from German captivity, or after being released from German concentration camps, were sent to Stalin's camps (or to the penal battalians) without exception. This story often flashes in the movies "about the war."

Publicists and screenwriters, probably, do not even know that the prisoners underwent the most severe pressure, someone switched to the side of the enemy, became an enemy agent, etc. The task of special units, such as SmerSha, was to identify them. Thousands of people were recruited by the services of the Reich: some were bombarded to gather information, other groups were created to fight the partisans. Introduced and agents to the partisans.

Therefore, the creation at the end of 1941 of the year (the order of the People's Commissar for Defense No. 0521) of filtration camps to check those who were in captivity was a state necessity. The country's leadership proceeded from the principles of national security, and not because of the irrational desire to “destroy” more Soviet citizens.

Three groups of people were tested in these camps: prisoners of war and encircling troops; policemen, elders and those suspected of treasonable activities; civilians of military age who lived in the territory occupied by the enemy. They were tested on 1 March 1944 of the year and were still in the 321 camps of thousands of former soldiers of the Red Army: of these, 74,1% continued service in the Red Army, 1,8% went to work for enterprises, 1,4% joined the ranks of the NKVD troops, half of the percent were sent for treatment, 0,6% died (which is not surprising, given the conditions of Hitler’s captivity), 2,6% was sent to the penal units and only 3,6% was arrested, 18,1% had not yet been tested. Where the liberoids found millions of victims of repression during the war years is unclear.

A similar ratio continued and the remaining time of the war. According to the archival documents, the inspection was successfully carried out over 95% of the rank and file and the staff of the former prisoners of war. The officers have more than 60%, approximately 36% were sent to the penalty box, but this is also clear, they are officers, with them the demand is higher. In addition, you need to know that the fines are, unlike the delusional fables of the liberals, not necessarily death, many of them were restored in rank, went through the whole war, were promoted. For example: the 1 th and 2 th assault battalions, formed by the end of August 1943, already two months later, showing their best, were disbanded, all the fighters were reinstated.

After the end of the war began the mass release of prisoners of war, people hijacked to forced labor. Under the directive of the Stakes of 11 in May, 1945 of the year, 100 camps were organized for their admission, 46 of collection points operated to receive citizens released by the Red Army. 22 May, with the filing of L. P. Beria, was issued a decree of the State Defense Committee, which established the 10-day period for registration and verification of repatriates. Civilians, after checking, were sent to the place of residence, the military in spare parts. But, due to the massive influx of saved, 10-day period was not real and therefore it was increased to 1-2 months.

As for the percentage released and tested during the war, the percentage is about the same - they are safely tested from 88% to 98% (depending on the camp and contingent). Particularly striking are the numbers of checks of servants of the Hitler regime (elders, policemen, Vlasovites, legionaries who served in the German and other enemy armies, punitive and administrative bodies. According to the logic of the liberals, they should have been completely destroyed without trial or investigation. But 12 was arrested -14%, from the total number. And this is the "soulless punitive machine of Stalin's bloody regime"!

Under the Criminal Code, they all deserved a punishment under the clause “treason against the Motherland” - the highest measure of social protection with confiscation of property. But in connection with the triumph of the Victory, which the authorities of the “bloody regime” did not want to darken, they were freed from responsibility for treason against the Motherland and replaced it with a reference to 6 years in a special settlement. Many of them got their freedom even under Stalin - in 1952. And in their documents there was no criminal record, and 6 years went into seniority. They lived in their barracks, walk freely outside the camp, without a convoy. In total, 1946-1947 received 148079 “Vlasovtsev” at the special settlement. 93 thousands gained their freedom in 1951-1952 years. The most notorious accomplices of the Nazis, who stained themselves with specific crimes, were sent to the Gulag system (Main Camp Administration).

Those enrolled in the working battalions were not repressed - these are analogs of the construction battalions, they also served there. The country had to recover.

To sum up: of the prisoners of war liberated during the war years less than 10% were repressed, of those who received freedom after the end of the Great Patriotic War - less than 15%. Moreover, the vast majority of them deserved their fate, becoming accomplices of the Nazis. Innocent victims are an exception to the rule. Even in the modern correctional system, according to some data, every tenth person suffered for nothing, or has insignificant guilt, not commensurate with the punishment.

On the "feat" of Major Pugachev 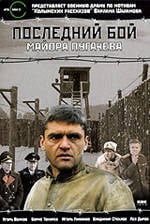 One of the typical examples of lies that are constantly being brought down on the minds and hearts of Russian citizens is the film “The Last Fight of Major Pugachev”. It sets out история, which causes genuine anger, to the totalitarian regime of Stalin - the escape from the camp in Kolyma and the heroic death of former officers 12. Which "innocently" condemned.

But to get to the Kolyma, it was necessary to really do something bloody. The fact took place: 12 prisoners, killing the guard, fled. During the chase killed a few more people.

Of these 12 "heroes" were 7 Vlasovites, who escaped the death penalty only because it was abolished in the USSR after the war, 2-e former policemen who voluntarily joined the Nazis - the death penalty, for their cause, avoided for the same reason as Vlasov. 10 is a former naval officer, he had two previous convictions before the war, one for the murder of a policeman, two more from the camp administration. Interestingly, from 450 people who could "jerk" behind them, no one ran. During the chase 9 thugs were killed, 3-e returned to the camp and after serving, were released.

The Soviet justice of that time is simply amazing by humanity and gentleness.