Verifying the reliability of the nuclear missile shield 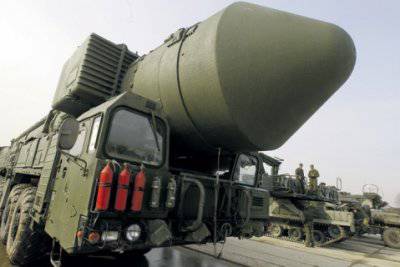 
The commander of the Strategic Missile Forces, Colonel-General Sergey Karakaev, announced in mid-December last year that his troops in 2014 would take part in a large-scale command-and-staff exercise "with a significant increase in practical tasks." According to him, it is planned to prepare and conduct a series of missile launches at KSHU.

It was also noted that in 2013, 98% of the exercises and trainings at the Strategic Missile Forces conducted with the withdrawal of missile regiments and divisions of mobile ground-based missile systems on combat patrol routes. In total, the 2013 command and staff and 12 tactical exercises were conducted in 18, to which the 42 missile regiment was recruited. Each of them had about 3 thousand military personnel involved.

And now it has been reported that thousands of military personnel and 10 units of equipment from more than 1000 units and subunits have been attracted to all verification measures and exercises. For comparison: in peacetime, according to official data, around 30 thousand people are on duty every day as part of the RVSN duty forces. As a representative of the Strategic Missile Forces, Colonel Igor Yegorov, told NVO, during the commencing exercise, missile regiments, technical missile bases, security and support units (combat and logistics battalions, security and reconnaissance battalions) will work out measures to bring launchers into established readiness on the routes combat patrols and in field areas. Perform the tasks of engineering, radiation, chemical and biological intelligence. There will also be anti-sabotage groups to detect and capture a conditional enemy. Engineering units will perform tasks on the analysis of debris, the deployment of integrated water purification stations and the installation of heavy mechanical bridges over water obstacles (rivers).

The purpose of the exercise is to assess the coherence of actions of units and divisions of the compound control, practical command and military skills during the preparation and implementation of measures to bring armaments into the highest degree of combat readiness, to work out standards in any situation and time of day. Well, simply put, it checks the readiness of the massive and simultaneous use of nuclear missile weapons Russia. So that there is complete confidence in the ability of the entire combat potential of the Strategic Missile Forces to work reliably on the first team and in the shortest possible time. But no matter how the connection of such a check with the events in Ukraine is denied, it still has a special significance in the current situation in the world.