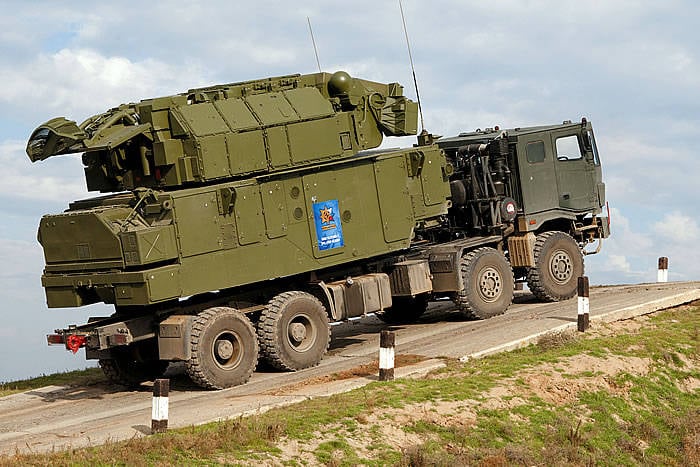 At the beginning of last month in the Indian capital New Delhi from 6 to 9 February, the regular International Military Exhibition DefExpo-2014 was held, which is one of the top priority exhibition sites for enterprises of the Russian defense industry.


This exhibition is held every two years under the auspices of the Ministry of Defense of India, and the number of its participants is constantly growing. DefExpo-2014 was the eighth event of this kind. More than 600 Indian and foreign companies presented their products on the spacious squares of the Pragati Maidan exhibition complex in the capital.

Developers and manufacturers of weapons for the ground forces and naval forces, including air defense, electronic warfare and army equipment, showed their latest achievements at the exhibition aviation from 30 countries. It was attended by 37 representatives of the domestic defense industry. In total, delegations from 52 countries visited the exhibition.

According to media reports, a representative of the Ministry of Defense of India told the press that it was not planned to sign major contacts during the exhibition. He also noted that new contracts will be concluded only after the parliamentary elections, which will be held from 7 April to 12 in May of this year, when a new government will be formed.

Izhevsk Electromechanical Plant Kupol (IEMZ Kupol), part of the Almaz-Antey Air Defense Concern, took the most active part in the demonstration of the newest weapons and military equipment at the last exhibition. Kupol for the first time showed a full-scale model of an autonomous combat module (ABM) from the Tor-М2КМ SAM system (9К331МКМ) on the vehicle chassis of the Indian company TATA motors.

Tor-M2KM possesses high reliability and effectiveness in the fight against actively maneuvering aerial targets, guided and planning aerial bombs, anti-radar, guided and cruise missiles, unmanned aerial vehicles, airplanes and helicopters. The complex is equipped with modern computing facilities and modern radars, which allow detecting and processing up to 48 targets, simultaneously accompanying the most dangerous targets to 10 and ensuring simultaneous destruction by four anti-aircraft guided missiles (SAM) at a distance of up to 15 km. The structure of the combat means of the complex includes: an autonomous combat module 9А331МК-1 and an anti-aircraft missile module 9М334 with four missiles.

Demonstrated at the show ABM is a completely independent combat unit. It contains radar and optical equipment, special equipment, missiles, the main and backup power sources and combat crew compartment. For ABM, a special hull with unified attachment points has been developed, which ensures its installation on car chassis, semi-trailers, trailers, floating equipment decks or other platforms of a corresponding capacity.

Ability to deploy ABM on various platforms significantly expands the range of application of the air defense system, allowing to solve the tasks of air defense units of the SV, Air Force, Navy, as well as the most important military and government facilities. At the same time, the costs of its operation are significantly reduced.

The ABM design provides transportation on the external suspension of the MI-26T helicopter and its analogues. This allows you to transport and place it in the most inaccessible positions, for example in the mountains, on the roofs of buildings and structures, and for the first time allows you to fully solve the problem of providing air defense of large cities.

High accuracy and modern methods of calculating the guidance parameters in combination with special combat equipment of the missile defense system provide the complex with a high probability of hitting all types of air targets.

One anti-aircraft missile module provides transportation, storage and launch of four missiles. The transport-charging module can be installed on a car chassis, similar to the ABM chassis.

ABM is equipped with an autonomous power supply source, which ensures its operation in any climatic conditions and in any type of accommodation. The ABM also includes a backup power supply, which can ensure its operation in a stationary location from an industrial power grid or any mobile power plant that generates 220 V 50 Hz, with a power not lower than 80 kW.

The means of maintenance and repair, a group set of spare parts and equipment of the complex are placed in standardized container bodies, ensuring their installation on any cars, semi-trailers and trailers, including those intended for the transportation of sea containers. The maximum weight of ABM in the equipped state does not exceed 15 t, and its combat crew consists of two people.

In October-November, 2013 of the year at the test site of the Ministry of Defense of the Russian Federation Kapustin Yar underwent tests of the Tor-MXNUMKKM air defense system with combat and technical equipment located on the TATA vehicle chassis. During the tests, all the declared performance characteristics were fully confirmed, in particular, the combat capabilities of the complex for hitting air targets on the far border of the 2 km area, targets flying at a speed of 15 m / s, and targets flying with a course parameter more than 700 km at a distance 6 km. All-weather, all-daily complex and its driving characteristics were confirmed, as well as interaction in the grouping consisting of ABM, 12Т9К transport-charging module, radar “Casta-244EX2” and unified battery command post “Ranzhir-MK” were checked. The Tor-М2КМ SAM system passed all tests with honor.