The launch of the Dragon spacecraft is postponed indefinitely 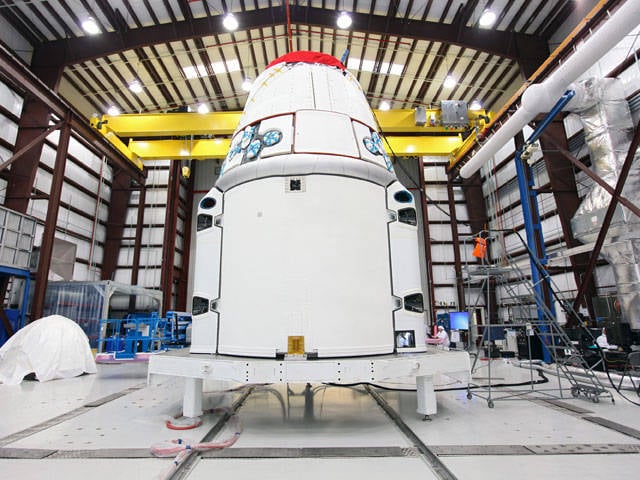 The launch of the American spacecraft "Dragon" (Dragon SpaceX) is again postponed. The "truck" was supposed to go to the International Space Station (ISS) 30 in March, but the date was rescheduled, but the new one was not named.


SpaceX representatives told 27 in March that the decision was made because of problems with the ground equipment. Specifically, with a radar station, which is part of the system for controlling the launch of space and combat missiles on the East Coast. According to ITAR-TASS, there was a fire, which damaged the equipment. When exactly the fire was not specified.

Dragon was supposed to go to the ISS 16 March, but then the start was postponed to the end of the month in order to conduct an additional inspection of the ship. It is not yet known how long it will take specialists to restore the station. Some experts believe that the damage is serious, and it can take about 45 days to repair.

The breakdown of the radar also caused the United Launch Alliance, a joint venture of American corporations Boeing and Lockheed Martin, to postpone the scheduled launch of the Atlas-5 rocket. She was supposed to bring into space a secret satellite of the National Intelligence Agency. The launch of Atlas-5 will now take place no earlier than April 10.

As for Dragon, it is to deliver more than two tons of food, basic necessities and materials for scientific experiments to the crew of the orbital complex. The launch will be carried out using the Falcon 9 launch vehicle from the US Air Force base, located near the spaceport on Cape Canaveral, Florida.

When he returns to Earth, he will bring tons of cargo from the 1,5 station, including the results of scientific experiments and equipment. The only reusable cargo ship in the world should dive in the Pacific Ocean near the California Peninsula.

In 2012-13, Dragon made docking twice with the ISS and, by agreement between the US space agency and SpaceX, will go to it another 10 time. The contract is estimated at 1,6 billion dollars. NASA also uses the Cygnus spacecraft, built by Orbital Sciences Corporation, to deliver cargo to the station.

Based on the cargo version of Dragon, a manned spacecraft is already being developed, which will be able to deliver crews to the station. In November, 2013, the NASA management announced the start of accepting applications from private companies for the creation of such a device. It is planned that he will make his first flight in 2017 year, after which the US space agency expects to refuse Roscosmos services on the use of the "Unions" for traveling American astronauts on the ISS.

Ctrl Enter
Noticed oshЫbku Highlight text and press. Ctrl + Enter
We are
The ship launched to the ISS has failed enginesFalcon-9 booster rocket, which is to launch the Dragon spacecraft into orbit, has been successfully tested in the United States
Military Reviewin Yandex News
Military Reviewin Google News
11 comments
Information
Dear reader, to leave comments on the publication, you must sign in.