Developed by SAAB, JAS 39E Gripen may be the most advanced in its class due to its software. 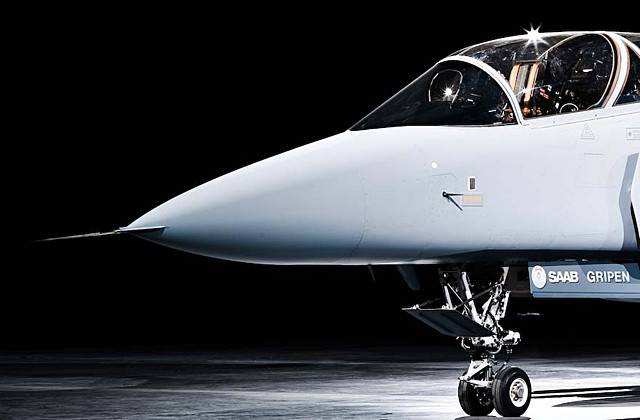 The most advanced combat aircraft in the world is designed in Sweden - some characteristics of the JAS 39E Gripen suggest the creation of the first sixth generation multipurpose fighter.


This conclusion was made by American military journalist and expert on high-tech weapons Bill Sweetman. In his article in the Daily Beast, he suggested that the Swedish manufacturer could successfully challenge the Pentagon’s dominance in the field of military air development.

“In 2005, Lockheed Martin used the term" fifth generation "for their new F-35 stealth fighter being developed for the US Army. Ironically, they borrowed the Russian term for another stealth fighter, the F-22. Some of the competitors fell into a trap, trying to prove that the “fourth” generation of combat vehicles is no worse than the “fifth”, ”he recalled, explaining that if there is a fifth generation, then the appearance of a sixth is inevitable. In his opinion, it was to this stage of the development of the military aviation should include the fighter JAS 39E Gripen Swedish company Saab.

The size of the armed forces is declining around the world - fewer and fewer have more than one hundred armed aircraft, so each vehicle must be used as efficiently as possible. Sweetman believes that in modern conditions this means not only superiority in the quality of materials and engineering solutions, but also in software. For example, the iPhone is valued for those applications that can be run on it, and not for the “hardware” itself.

Fifth generation American fighter planes were built based on the concept of 30-year-old, when NATO planes were preparing for one simple task - to repel any danger that would come from the east. In the future, military operations in the air will not be so straightforward, the expert explains, the key role in them will be played by intelligence and a detailed study of the military conflict zone.

That is why JAS 39E Gripen can be called the sixth generation fighter - it is not the fastest or most subtle aircraft, it is distinguished by a special approach to the "software". This is a small fighter with a relatively large carrying capacity, allowing you to install software updates to control the aircraft for each new modification. In addition, the Swedes will put on JAS 39E Gripen an improved electronic system of "friend or foe", which will allow the pilot to clearly understand the neutral, hostile, and allied goals in air combat. When creating optical sensors, perhaps for the first time when creating a combat system, experimental technology of gallium nitride was used.

According to Sweetman, the Swedes have learned to build cutting-edge fighters through the balanced use of their own and foreign technologies. So, the JAS 39E Gripen engine is American, the radar equipment is British, the infrared guidance system is from Italy, and some of the hull elements are made in Brazil.

“The new project is ambitious - this is the first time Sweden has embarked on such a project that has come into the spotlight internationally. But if successful, this will be a lesson that everyone will have to learn, ”the military journalist concluded.

Bill Sweetman is considered to be a very authoritative expert, but it’s still early to talk about creating a sixth generation fighter in Sweden, Andrei Fomin, editor-in-chief of Vzlyot magazine, told the Russian Planet. “If the F-35 was originally created as a promising fighter, then the Gripen is still another modification of the fourth-generation fighter flying from the 1980's. Of course, the on-board equipment is being updated, modern weapons systems are being installed, but it is not technologically feasible to make an absolutely new car out of it, ”he believes.

According to Fomin, F-35 and JAS-39E Gripen should not be compared at all. “These machines have different dimensions. The Swedish aircraft belongs to the light class, it has a maximum flight weight of 12 tons, this is the modern European embodiment of what we once had a MiG-21. And the F-35 is still a heavier machine, ”the expert explained.