The US government, without warning, has banned the export of a number of dual-use goods to Russia 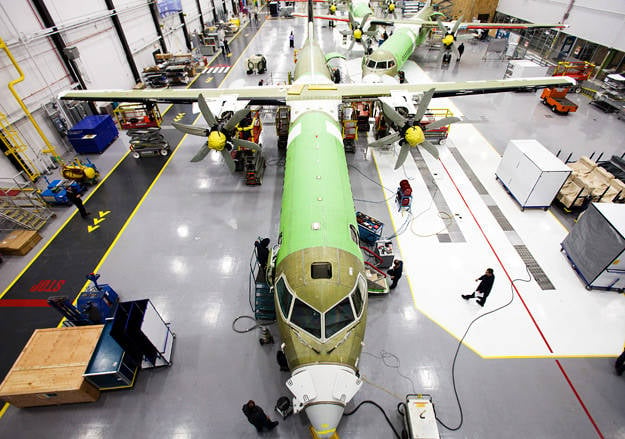 The US Department of Commerce has restricted the export to Russia of goods that can be used in the military industry, media reported. Formally, no legal sanctions were announced, it was a specific decision of the executive authorities. Experts, however, do not see this as a threat and remind that even during Soviet times, much more stringent restrictions could be circumvented.


On Thursday, it became known about the suspension of exports from the US to Russia of products that can be used for defense purposes.

The Bureau of Industry and Security of the US Department of Commerce vetoed licenses for the export or re-export of defense goods and services to Russia, as well as dual-use products, including lasers and explosives.

The ban is valid from 1 March, but so far this has not been officially reported.

Note that last year the bureau approved 1 thousand. 832 export contracts with Russia for a total of about 1,5 billion dollars.

Foreign Policy notes that US exporters themselves will be the first to suffer from sanctions.

“This will have a negative effect on those American companies that could send their goods to Russia, for example, in the oil and gas and chemical industries,” says the publication of a lawyer, Doug Jacobson.

"This is not a formal ban, but that they have ceased to issue permits for products that can be used in the interests of the defense industry," Vasily Kashin, an expert at the Center for Analysis of Strategies and Technologies, told the VZGLYAD newspaper. - We are talking about equipment, components and materials that we may need. The industry needs to purchase a lot of goods abroad. The question is, will we be able to find options for purchasing all of this, bypassing American restrictions. But if you search well, you can find it from other manufacturers or buy it through some company. ”

“These are not formal sanctions declared by law, but rather a flexible thing. They can hold onto some things and resolve them again depending on how the relationship develops. In general, a lot of unspoken restrictions on Russia have acted before, ”he added.

“In many ways, this can be circumvented by acting through third countries. Even the Soviet Union, when these restrictions were even tougher, found some ways. And Russia, having put in some efforts, will find them, ”the expert concluded.

Recall that last week Pierre Baudouin, the president of the Canadian company Bombardier, said that plans to create a joint venture for assembling Q400 turboprop aircraft in Russia could be revised.

“Currently we are talking about a delay (implementation of assembly plans in the territory of the Russian Federation) due to current events. Of course, we intend to adhere to sanctions, whatever they may be, ”said Baudouin.

He noted that so far no one knows "how large-scale potential sanctions can be." “We were negotiating to implement our plans in 2014,” he remarked, adding that now it’s hard to say how much the start of the project can be delayed.

It is noteworthy that this news aroused the enthusiasm of the Deputy Prime Minister of the Russian Government Dmitry Rogozin, who thanked the Canadians.

“I have always been against the Bombardier industrial assembly. Your planes have to do. Thanks to the clever Canadians, who saved us from having to put them out the door, ”the deputy head wrote on Facebook.

The conclusion of preliminary agreements between Bombardier and the state corporation Rostec on the purchase of XXUMX Q100 aircraft was announced at the end of August last year at the air show in Zhukovsky.

It was assumed that a subsidiary of Rostec, the AviaCapital Service leasing company, would supply 50 liners built in Canada to Russia. And the agreement will turn into a firm contract only after the creation of a joint venture in the Ulyanovsk region to assemble such aircraft. At the Russian facilities should be collected at least 50 machines. In the case of the implementation of the agreements, the Canadian corporation will have to receive about 3,4 billion dollars.

As part of the curtailment of military-technical cooperation with Russia, a contract for the supply of Mistral helicopter carriers and the construction of these ships at Russian shipyards, which has received almost scandalous fame, can also be questioned.

The Minister of Defense of the Fifth Republic, Jean-Yves Le Drian, said that the government of the country was about to fulfill international obligations, but did not rule out that the contract could be revised. “The corps elements are now being created by Russia, and this procedure as a whole is not easy. The delivery of the first ship should take place in October, so the question of the possible suspension of the Mistral contract will be accepted in October, ”he said.

As the VIEW newspaper has repeatedly written, most experts have never been able to explain the expediency of buying helicopter carriers for the Russian Navy and have expressed doubt that a suitable application will be found for ships of this class.

Ctrl Enter
Noticed oshЫbku Highlight text and press. Ctrl + Enter
We are
Israel has developed a drone with a detector of explosives
Military Reviewin Yandex News
Military Reviewin Google News
98 comments
Information
Dear reader, to leave comments on the publication, you must sign in.