In the US, working on the replacement of helicopters

March 28 2014
38
Famous American defense science agency DARPA has announced a competition for the design of the aircraft, which can replace the helicopters. It is reported that the new aircraft will be able to make a vertical take-off and landing, as well as fly with more speed than a helicopter and lift much more payloads into the air. The project was named Vertical Takeoff and Landing Experimental Plane - VTOL X-Plane. 4 companies involved in this project are: Aurora Flight Sciences Corporation, The Boeing Company, Karem Aircraft and Sikorsky Aircraft Corporation.


Experimental aircraft with vertical takeoff and landing should get rid of the main drawbacks of helicopter technology. For quite a few years, engineers have been trying to create efficient vertical take-off and landing (VTOL) aircraft, but they have not managed to increase the maximum flight speed without reducing the payload or the flight range. At the same time, the DARPA agency program proposes to solve this problem by combining the capabilities of a fixed-wing aircraft and a rotary-wing aircraft.

It should be noted that such devices already exist. For example, commercially produced convertiplane V-22 Osprey, which was created by the designers of the company Bell and Boeing. Osprey is a tiltrotor that, thanks to the rotation of the engine nacelles, is able to fly both in aircraft and helicopter, accelerating in the air to 550 km / h. At the same time, with all its advantages, the V-22 Osprey has a number of significant drawbacks: the convertiplane is characterized by a bad weight-to-payload ratio, and its value is quite comparable to the price of the 4 combat fighter. At the same time, the military need such devices, but with greater flight speed and carrying capacity. 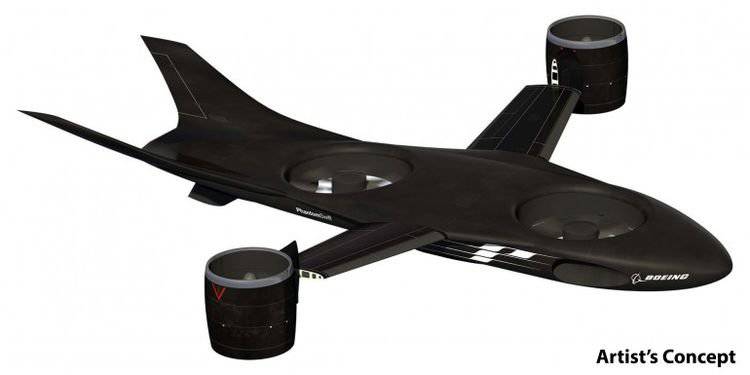 According to the technical specifications of DARPA, the new aircraft will have to meet the following requirements:
1. The maximum flight speed is up to 740 km / h.
2. The weight of the device - 4,5-5 tons.
3. The payload is at least 40% by weight.

It is assumed that this machine can complete the long-term history modern helicopters, replacing light and attack helicopters. Due to the high speed of flight, such devices will be able to quickly approach the landing zone or the line of attack, and also quickly leave, if necessary, an active combat zone. In addition, the high speed of flight allows for less vulnerability to fire from the ground, especially when it comes to the use of MANPADS, anti-aircraft artillery systems and small-arms weapons. In the future, on the basis of the new technology, it will be possible to develop heavier aircraft that will be able to transport heavy military equipment and at least hundreds of soldiers in full gear.

DARPA commissioned the development of a new aircraft to four large companies, with 3 of them already presenting a model of a promising vehicle. Aircraft companies Sikorsky and Karem Aircraft design similar to the convertiplane V-22 Osprey. In turn, the development of the Boeing company has an original design, it uses the 4 lift-marching fan at once. At the moment, engineers at Boeing have already developed a model of the device, which was called the Phantom Swift. He became an air demonstrator of a new type of platform. At the same time, the fourth company - Aurora Flight Sciences - went on a difficult, but quite promising way. She decided to use high-speed electric fans in the device. At the moment, the existing prototype of the composite 70-kW fan, which develops a thrust of the order of 200 kg and has a diameter of 81, is already ready. 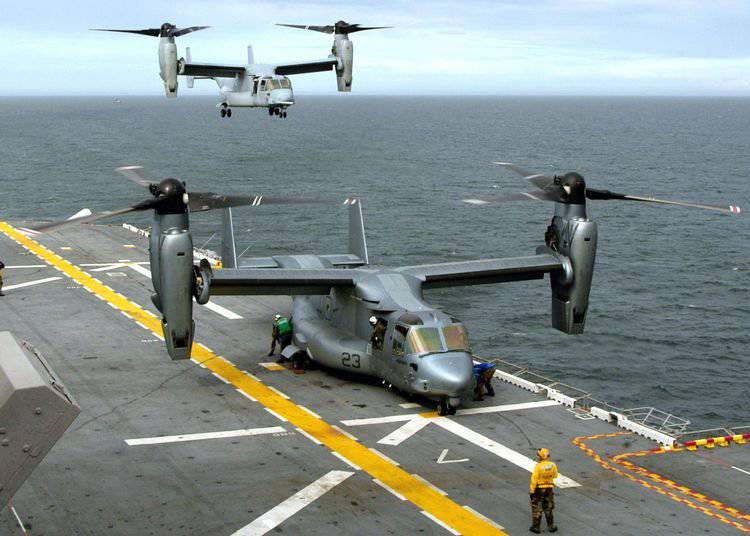 As part of the implementation of the first phase of the VTOL X-Plane program, Sikorsky engineers are going to collaborate with their colleagues from the research division of Skunk Works, which is part of the well-known American company Lockheed Martin. Skunk Works engineers have luggage from hundreds of various unique developments, including those in the field of creating a modern aviation technicians. The joint efforts of these two large companies will be aimed at creating a new aerodynamic scheme for the aircraft. This scheme has already got its name - Unmanned Rotor Blown Wing Concept. It is reported that it will combine completely new principles for controlling and controlling the rotors of the VTOL apparatus and the aerodynamics of the fixed wing.

Sikorsky specialists confirm that the aircraft will have a rather low level of complexity - this is one of the key requirements that are imposed by DARPA. In addition, it should without any problems ensure the cruising speed of flight - in 300 nodes (555 km / h), and its effectiveness in vertical takeoff and landing, as well as hanging in the air should not be lower than 75% of the efficiency of the device when making normal horizontal flight. The machine should have a lift ratio to its weight with a payload of at least 10.

According to the work plans, the first stage of the announced program VTOL X-Plane will last 22 of the month. During this period, specialists from Sikorsky and Lockheed Martin should create the design of the X-Plane aircraft, as well as develop the first experimental device that can fly into the sky in the fourth quarter of the 2017 of the year. These works are estimated at 15 million dollars. In total, the development program VTOL X-Plane is designed for a period of 52 month, and its implementation, according to preliminary calculations, will cost about 130 million dollars. 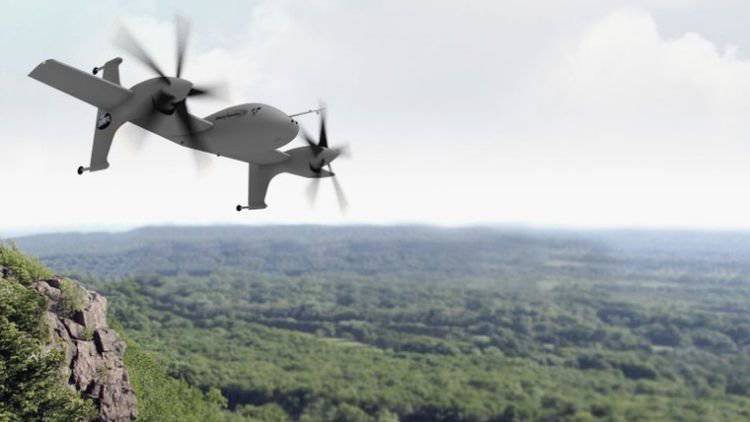 A feature of all four of the presented concepts of new aircraft are integrated multifunctional systems, which allow to use the internal space of devices with high efficiency, reducing the mechanical complexity and weight of devices. It is reported that by the end of 2015, all 4 companies will have to submit their draft designs. After this, DARPA will decide which projects can be brought to the prototype stage. It is assumed that the flight tests of new machines will begin no later than 2017-2018.