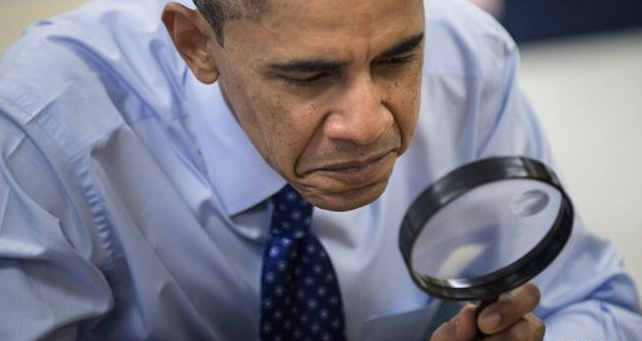 Obama's Brussels speech is full of common words, and in order to understand its main motive, it’s worth understanding not in the logic of the US president, but in his feelings. Substantially nothing new is said; what matters is how Obama speaks.

The twisting spiral of bloody violence in Ukraine speaks volumes. The fact that the old, old Ukraine is no longer there. The abscess, the abscess, which was formed immediately after the Second World War, when the USSR authorities included mentally incompatible Galicia in their line-up, finally broke through, and the gangrene spread to the whole of Ukraine.

Treat late. We'll have to cut it alive. Otherwise it is impossible. Either an operation or infection of the whole body with a possible fatal outcome. In the case of Ukraine, this is a protracted civil war with the inevitable transfer of it onto the territory of Russia.


But the main thing is that in Ukraine we see a new trend in US policy. Last year, Washington suffered a number of fairly heavy foreign policy defeats from Moscow: holding the G20 summit, “rescuing Private Snowden”, which led to serious US image losses and deteriorating relations with key partners, not to mention other countries, and preventing war in Syria, which also dealt a blow to the world "party of hawks."

Next: intermediate, but, nevertheless, a very important victory in Ukraine. The complete failure of the November summit of the Eastern Partnership. Achievement of agreements on the Iranian peace program. High readiness to sign a peace treaty between Russia and Japan.

Most about the new geopolitical status of Russia say such kind of passing notes, as "London turned for help to Russia on the issue of secession of Scotland."

This is a kind of background, a certain tonality, but just like this, passing dozens of messages on various topics convey geopolitical changes better than sign global events.

In 2013, Russia began to regain its status as a world power after more than twenty years in regional status.
And what do we see? That, having broken off her teeth about Russia in Syria, the United States decided to arrange Syria for Russia in Ukraine. Right next door.

The United States is set exclusively on blood, the explosion of the situation and the greatest possible damage to Ukraine, because the greater the explosion, the farther the bloody scraps from Ukraine fly, the greater the chances that they will touch Russia and, possibly, hit for a long time.

Then Russia will be constrained, and it will be possible to negotiate with it on the whole spectrum of world problems, adjusting the level of tension in Ukraine right next to Russia.

The fact that Obama’s statements on Syria also indicate that this is not an isolated fact that he is ready to give an order to start a military operation, despite the talks in Geneva.

Most likely, Obama took the defeat of the past and this year (the triumphal Olympiad for Russia in Sochi, the visit of the presidential candidate of Egypt, the country's defense minister to Moscow before the elections) as too personal for himself, so he decided to arrange a vendetta right at the Russian border.

And then there's the Crimea. When March 18 2014, after Vladimir Putin’s speech in the Kremlin, it became clear that Russia was no longer going to retreat.

That withdrawal from the conquered by blood, tears, pain and then positions on the results of the Great Patriotic War, which occurred since the collapse of the Soviet Union the last twenty-odd years, is over. We stopped. And then - not a step back.

This is indicated by Obama’s latest statements.

For example, Obama, during a joint press conference with Dutch Prime Minister Mark Rutte, expressed his main fear, camouflaged under the geopolitical morals of the “senior”: “Russia is a regional power, and not because of its strength, but because weakness is a threat to some of its neighbors. "

By the way, did not the same idea in another, rather hysterical form, try to convey to the representative of Russia in the UN Vitaly Churkin US permanent representative to the UN Samantha Power?

Further worse. Europe, says Obama, and the US needs to create another alliance. More, better. What for? Why, there is no need.

If we consider the latest statements of the American president from the point of view of the American propaganda machine for domestic information consumption (a low-calorie hamburger that does not lead to intellectual “obesity”), then we could put a full stop here.

However, if we consider these words from the point of view of classical psychoanalytic theory, then behind it is just a fan of interpretations and associations, which suggest that Barack Obama has serious internal psychological dissonance, discomfort on the verge of sustained neurosis.
And the reason for this is known - the actions of Putin and Russia, starting with Snowden and Syria and ending with Ukraine and the Crimea.

As the development of Russian-American relations has shown over the past six months, Barack Obama is a deeply complexed person, especially this negative trait of his character, indicating not just cowardice, but also cowardice and meanness, manifested after Syria.

Instead of being a strong person to thank Putin for pulling him out of the Syrian quagmire, and starting to build relations from an psychological point of view on equal terms, he held a deep resentment against Putin and that he pulled him out and showed who was better .

Such a reaction is characteristic of deeply complexed individuals with low self-esteem. They wishful thinking. And if they face competent negotiators (and Putin and Lavrov are, of course, just that), then the naive layout in the spirit of 90's does not work.

So it remains only to be glad for the American establishment and their president. It is very pleasant to deal with a partner who directly speaks about his most terrible fear.