K.Sokolov: “In the conditions of the beginning of the Russian genocide, Moscow should not flirt with the Kiev authorities” 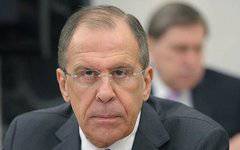 It can only be a tightening of the position

And Russian informational tapes, along with Ukrainian ones, give a dry protocol news. But the meeting between the two ministers in the context of the events in Ukraine and the position initially taken by Moscow is nonsense.

Or has something already changed in Moscow’s position and now you can talk about “Acting President Turchinov” and “Prime Minister Yatsenyuk” without reservations and quotes? For we cannot recognize the Ukrainian Foreign Ministry apart from the entire government. And if we cannot, then with whom did the Russian minister meet?

Although detached talk much easier than acting. Who said that schizophrenia is easy? But somehow, sometimes healthy people have to put up with this fact at the household level. And the dialogue between Russia and Ukraine - even the way it is now - is, of course, inevitable: after all, no one has canceled Russian interests on this peninsula, and they need to be defended in front of someone. But if you only need to agree to an overly symbolic “second-level meeting”, this is a big question. In the end, we have negotiator Vladimir Lukin, who was previously approved by Vladimir Putin. It would be quite logical, he would now look to present the position of Moscow in the ears of the "Minister of Foreign Affairs of Ukraine."

It is not surprising that the US State Department reacted to the very fact of the meeting (in this context its content is already in the background) with an optimistic summary. Department spokeswoman Marie Harf, in particular, said that the United States sees the meeting of the Russian and Ukrainian foreign ministers as a “positive sign”, the readiness of Russia and Ukraine to resolve the crisis in relations.

And on the move, Ms. Harf will not object. It is difficult, after all, to call such a meeting meaningless, even if meaningfully it really turned out to be nothing, as witnessed by the “Minister” Andrei Deshits himself.

Sergei Lavrov didn’t really say anything new to the Ukrainian side, but here’s the very case when the fact of the meeting speaks definitely more than its content. And it is unlikely that there will be much sin against the truth, if you assume that for Kiev the fact of the meeting of his “minister” certainly with Lavrov was much more important than its essence. Approximately how in places of not so remote “untouchables” it is enough just to touch their abuser in order to translate him into his caste.

Of course, in fact scandalous meeting followed and justifying her comments. For example, diplomat, ambassador extraordinary and plenipotentiary of the second class, Mikhail Demurin, in an interview with the Free Press noted that “in such difficult, conflict or crisis situations there are always topics for conversation at the level of foreign ministries,” namely, law, border regime, the work of diplomatic missions and so on. However, he also admitted that in this case the autocratic Ukrainian “minister” did not necessarily have to take the time of Sergei Lavrov.

However, at least on the official website of the Russian Foreign Ministry, according to the results of this rendezvous, there was no mandatory press release in such cases.

- The meeting of the Russian and Ukrainian foreign ministers demonstrates a certain change in the position of the Russian side, which did not initially recognize the existing power in Ukraine as legitimate, but now it turns out that it is beginning to recognize it.

It is difficult to say what could have caused such a radical change of position - international pressure, which forced to make certain demonstrative concessions, or something else, but the fact is obvious: the fact of the meeting (regardless of its content) of the Russian foreign minister cases with an illegitimate Ukrainian colleague showed the retreat of the Russian leadership from the previously occupied fundamental positions.

Especially since all this happened in a situation where the Front of National Resistance to Euro-colonization appealed to the heads of state of Russia, China and India, as well as to the United Nations with a request to save Ukraine from the frankly Nazi government that reigned in this state as a result of the coup.

Simply put, the large organizations of our compatriots living in Ukraine called on the world community for help. After all, the recent monstrous events in the Ukrainian regions show more than eloquently that there is a violation of the fundamental rights of citizens, that the new government itself in Ukraine has already crossed a certain line, the point of no return, allowing itself such blatant statements and actions that make it simply illegitimate .

In fact, we can speak about the beginning of the real genocide in Ukraine of Russian citizens, and not only. The new government is ready to take drastic steps to try to take away the Crimea from Russia. Including for this, she is ready to call for the help of foreign mercenaries, there appeared clearly extremist calls for the expansion of military actions in the Crimea (that is, on the territory of Russia).

From my point of view, in such conditions, the position of the Russian Federation can only become tougher, but definitely now it’s impossible to flirt so openly with the authorities now in Kiev.