Military-technical cooperation between Russia and Ukraine: to keep or refuse?

March 28 2014
79
As a result of the events of recent months, relations between Russia and Ukraine have deteriorated significantly. Various unfriendly statements are made and continue to appear and a variety of decisions are made. The possible cessation of cooperation between the two states in the economic sphere can be considered a completely plausible scenario. First of all, in such a case, military technical cooperation, which has firmly linked the industry of the two countries over the past decades, should cease. Indeed, threats to cease military-technical cooperation may prove to be a convenient tool for exerting pressure on a neighboring state, but breaking such mutually beneficial cooperation will have consequences for both parties. 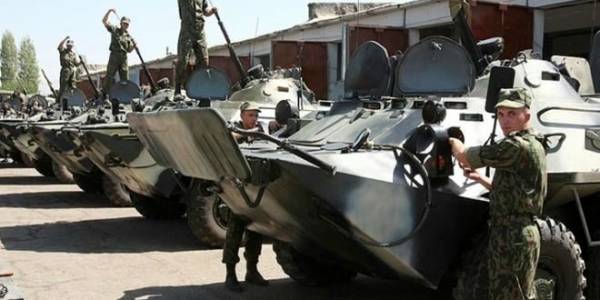 20 March, a meeting of Russian officials with military attaches of several foreign countries. During this event, a number of important statements were made, demonstrating the position of official Moscow on the issue of continuing or ending military-technical cooperation with Ukraine. The head of the Committee of the Federation Council on Defense and Security, V. Ozerov, made it very clear that Russia does not intend to sever existing ties with Ukraine. Moreover, he stressed that at the key moment of the current crisis, Russian President V. Putin ordered to continue interaction with Ukrainian partners, including in the military-technical sphere. Ozerov noted that Russia is interested in such cooperation and expressed the hope that the Ukrainian side is also interested in it.

Thus, Russia is not going to be the initiator of a break in military-technical cooperation. This takes into account the possibility that the joint work of the defense enterprises of the two countries will be terminated due to the relevant decisions of the official Kiev. Deputy Minister of Defense Y. Borisov said he did not know which side would suffer great losses in case of termination of cooperation. The Deputy Minister believes that the Ukrainian authorities, by choosing the path of destroying the economic ties between the two countries, will punish themselves, and in addition will harm their own people. Y. Borisov believes that the long-established production and economic ties between Russian and Ukrainian enterprises cannot be quickly broken.

Most of the ties between the defense enterprises of Russia and Ukraine formed even before the collapse of the Soviet Union. In addition, a considerable proportion of relations have appeared in recent years. According to various sources, the total number of enterprises of two countries using products of foreign partners exceeds 1300. The number of products supplied to each other by Russian and Ukrainian enterprises accounts for thousands. Cooperation is in the field of engine building, aviation industry and in many other industries up to the construction of launch vehicles.

In the context of the possible cessation of military-technical cooperation between Russia and Ukraine, the specifics of such interaction between the two countries' industries should be considered. According to some reports, Ukrainian enterprises supply about 10% of their military products to Russia. At the same time, 70% of suppliers of various equipment and components for the needs of the Ukrainian defense industry work in Russia. Thus, in the first place Ukraine needs to preserve the existing international cooperation, although its cessation may hit the Russian industry as well.

Despite the relatively small share of Russia in the supply structure of the Ukrainian defense industry, in the case of some enterprises, cooperation with Russian colleagues is vital. For example, Motor Sich, a Zaporizhia-based engine-building company, supplies Russian aircraft factories with about 40% of engine output. The exact number of engines supplied to Russia is unknown, but there is information according to which Motor Sich produces over one thousand helicopter engines per year.

A few weeks ago, the management of Motor Sich announced its plans for further work in the light of recent events. The company's president, V. Boguslaev, told reporters that the change of power in Kiev will in no way affect the cooperation of Motor Sich with Russian aircraft manufacturers. Volumes of cooperation simply do not allow Zaporozhye engine builders to abandon their obligations. In addition, V. Boguslaev noted that the export of engines to Russia is carried out without any problems at customs. Last fall, the Ministry of Industry and Trade of Russia and the Ministry of Industrial Policy of Ukraine agreed on all the necessary documentation, so that Motor Sich can safely send its products to its Russian colleagues.

The example of the Motor Sich company perfectly demonstrates how important for the Ukrainian defense industry is cooperation with the Russian. Moreover, some enterprises are interested in strengthening existing ties. Thus, Zaporozhye engine builders are completing the development of the D-18Т 4 series aircraft engine, designed for An-124 transport aircraft. Completion is scheduled for the current 2014 year. Next year, Motor Sich plans to begin testing the AI-222-25 engine for the Yak-130 combat training aircraft. The creation of new types of engines will have a positive effect on the ties between the Russian and Ukrainian industries.

A sudden cessation of supplies of Ukrainian products and components will hit the Russian defense industry. Left without a number of important systems, some domestic enterprises will not be able to fulfill their obligations to a third party in time and deliver the ordered equipment or machinery. However, over the past few years, the Russian industry has taken some measures aimed at replacing imported products. Some progress in this direction has already been achieved, but in a number of areas it is required to continue working.

The rupture of existing ties will be an incentive for the development of Russian production of necessary components. Having lost some time, Russia is likely to be able to create all the necessary capacities for a few years and replace the missing Ukrainian imports. In case of termination of cooperation, Ukrainian enterprises will need to find new buyers of their products as soon as possible. Otherwise, enterprises will be left without orders and, as a result, without money. The result will be a gradual degradation of production and a decrease in the standard of living of enterprise employees.

The peculiarities of military-technical cooperation between Russia and Ukraine are such that its termination can happen only due to the adoption of an emotional and populist decision by the leadership of one of the countries. Like many other similar decisions taken in the wake of discontent and without taking into account the real situation, the rejection of international cooperation will have serious consequences. Will the broken links between the enterprises of the two countries be broken? The decision is up to the politicians.