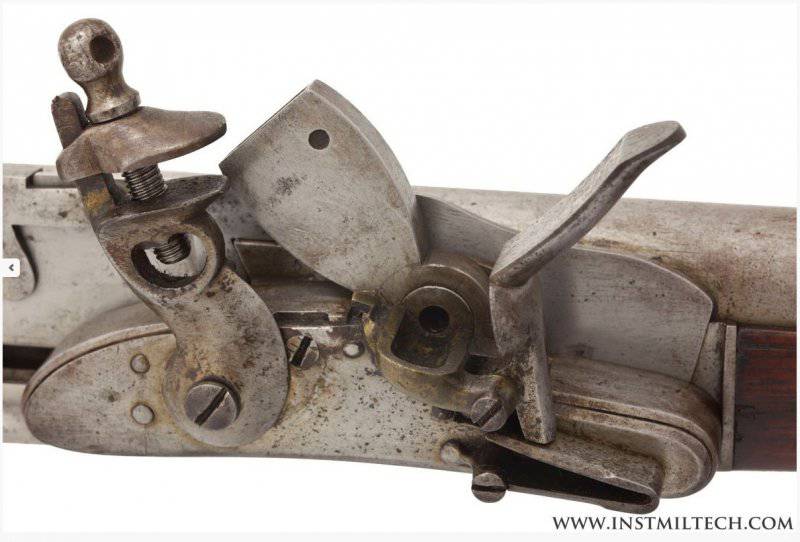 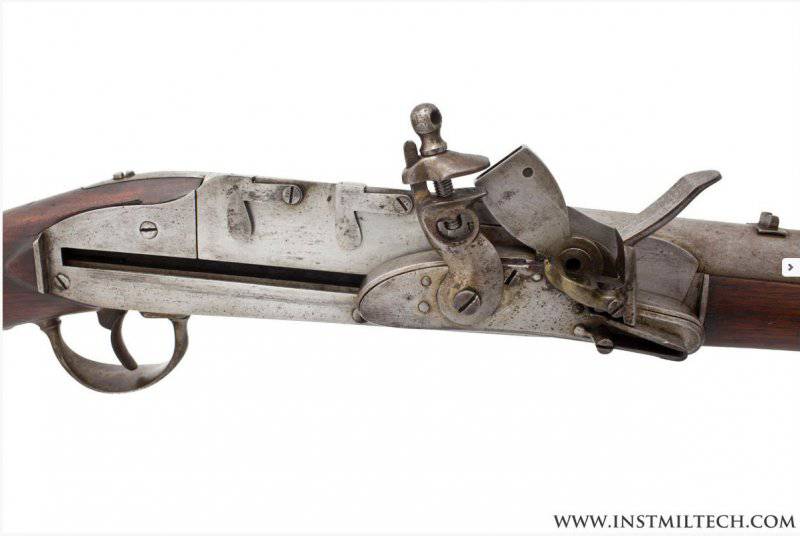 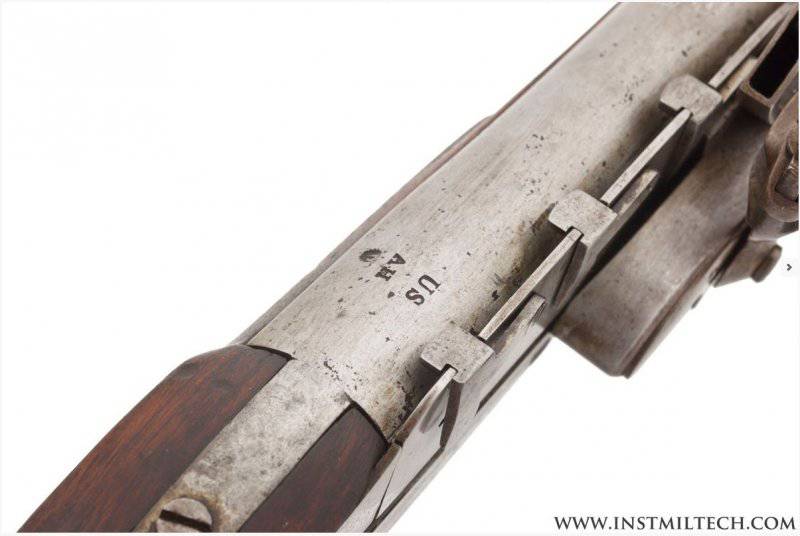 The extremely rare Ellis-Jennings quadruple musket cal. 54. In the 1829 year. It was manufactured for the New York State Militia 520 such rifles. All 10 instances have survived to our time. The length of an 35-3 / 4 rifle in inches with a front fly / protrusion with a rectangular base for attaching a bayonet, and with a rear sight musket type. The barrel is connected to a solid walnut butt in the same way as a regular 1817 model's rifle of the year. (The Ellis-Jennings twelve-shot rifle had a barrel and butt stock made of brass). The rifle has a partially visible ornament in the form of a scroll on the left plane with imprints "US", "JM" and "P" at the end of the breech.

Butt has an oval steel lining like a conventional rifle. The trigger guard resembles that of a typical 1817 model rifle of the year. The uniqueness of the locking mechanism is that after the four charges are charged into the barrel, the sliding bolt is set to the front position, and the three rear small covers close the three rear firing openings. The Forsyth lock type mechanism (Scottish pastor Alexander Forsyth (1768-1843) received a patent in 1807 year) consists of a vial with a flammable charge pivotally connected to the trigger and the shelf so that when the trigger is cocked, the fire automatically closes and the powder charge automatically tilts onto the shelf.

Then, when the powder charge ignites, the charger turns forward to the side. To ignite the second and subsequent charges, you need to move the second and subsequent cover back and manually slide the bolt into place. Once it is installed in the next position, the process repeats until all four charges are burned out. These rare rifles were apparently complex and too “delicate” for serious military service and therefore were not accepted for service.

Based on materials from www.instmiltech.com