Tanks are not afraid of sanctions 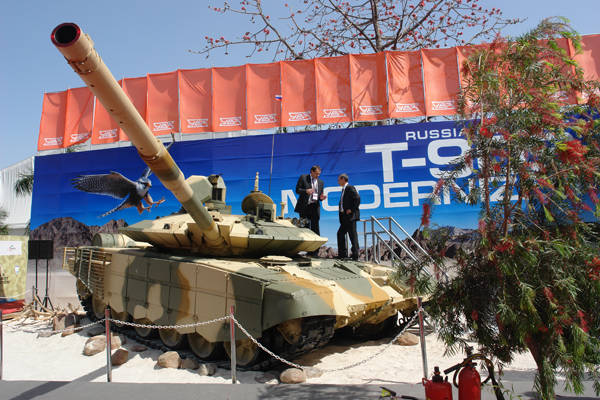 The head of Rosoboronexport, Anatoly Isaikin, said that the United States is unlikely to be able to prevent the supply of Russian weapons to other countries.


Speaking at a press conference at the International Exhibition of Military and Aerospace Technology FIDAE-2014, now taking place in Chile, he stressed that Rosoboronexport had been under unilateral US sanctions for years, but this was only reflected in the supply side. " .

This was a record for the entire existence of Rosoboronexport. In 2013, we managed to sign the 1202 new contract. So the growth dynamics of military-technical exports from Russia will continue.

According to Isaikin, the United States "has enough senators who would like to impose a ban on the sale of Russia weapons. We hear such calls every year. ”At the same time, Isaikin noted, the legitimate form of such a ban is only the decision of the UN Security Council. But the UN simply has no reason to impose a veto on the Russian arms trade.

The United States probably continues to consider itself the absolute masters of the world, one word of which should instill fear and awe in others. But the world has changed a lot. And often an interesting situation arises: the more prohibitive shouts from Washington sound, the more actively many countries seek to develop military-technical cooperation with Russia.

Indicative in this sense, Latin America, the former not so long ago, one might say, the patrimony of the United States.

The real breakthrough on the arms market in this region for Russia occurred in the past fifteen years.

As the general director of the Russian Helicopters holding, Alexander Mikheyev, told reporters at the same Chilean exhibition FIDAE-2014, the fleet of Russian-made helicopters in Latin America has grown by six percent over the past three years. Only one Mi-8 / 17 civilian and military uses more than three hundred. Pure combat Mi-24 / 35 are in great demand.

Brazil plans to buy the latest Ka-62. You can add: Russian cars are very popular in South America, which is surprising, even cars.

More and more countries are trying to protect their skies with Russian air defense systems. Along with C-300, Thor and Pantsir-S are highly rated. By the way, many experts are confident that only the presence of modern Russian-made air defense systems in Syria saves this country from massive air strikes from the same USA air force, which do not cease to threaten Damascus.

As the international military-technical salons of last year showed, there is a stable and even growing interest in Russian armored vehicles, in our small arms, in multiple rocket launchers - to the heirs of the famous Katyushas.

Our country was the first in the world to offer foreign customers not only the sale of modern weapons, but also the joint development of combat systems of a new generation.

An example is the multi-purpose Russian-Indian cruise missile "BrahMos", which is today considered the best in the world in its class. So the work of "Rosoboronexport" US sanctions really do not interfere.

Ctrl Enter
Noticed oshЫbku Highlight text and press. Ctrl + Enter
We are
Innovation Day of the Southern Military District: Pictures from the ExhibitionThe action “Military service under the contract is your choice!” In Rostov-on-Don: future contract servicemen, exhibitions and “Russian Knights”
Military Reviewin Yandex News
Military Reviewin Google News
240 comments
Information
Dear reader, to leave comments on the publication, you must sign in.