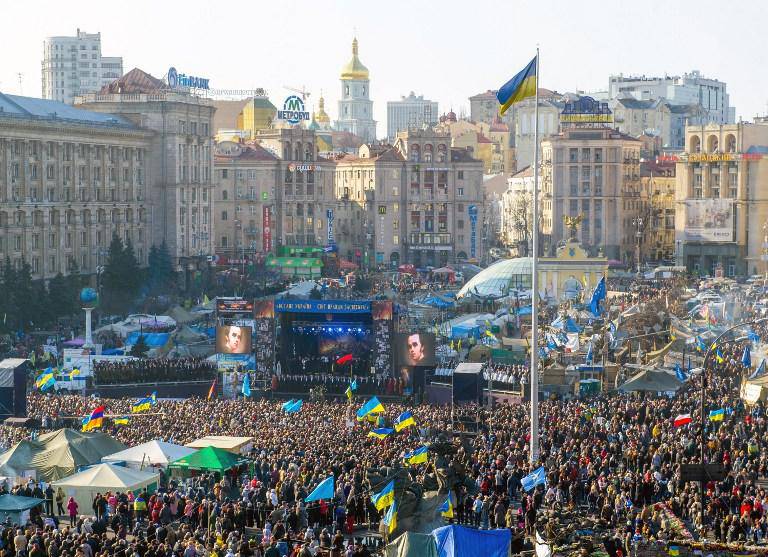 According to the Ukrainian news agency UNN, activists of the “Euromaidan” planted a vegetable garden in the center of Kiev. It is reported that the demonstrators have already planted radishes, onions, lettuce, dill and parsley.

This week, activists also intend to complete the construction of a pigsty. In the plans of the demonstration participants to have at least two pigs and chickens.

Recall, February 22 in Ukraine there was a change of power, having signs of a coup. The Verkhovna Rada dismissed President Viktor Yanukovych from office, changed the Constitution, entrusted the duties of the head of state to Speaker Oleksandr Turchynov and called for the presidential election on 25 in May.

Ctrl Enter
Noticed oshЫbku Highlight text and press. Ctrl + Enter
We are
Ukraine is going to enter visas with Russia and leave the CIS
Military Reviewin Yandex News
Military Reviewin Google News
99 comments
Information
Dear reader, to leave comments on the publication, you must sign in.