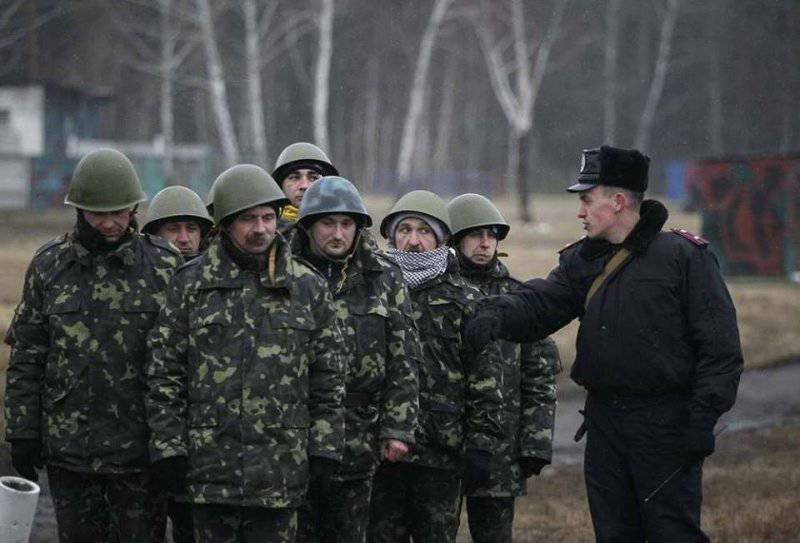 An armed coup d'état in Ukraine, perpetrated by 21 in February by Bandera neo-Nazis under the leadership of US intelligence, opened a new era of tension in the world. For the first time after World War II, a pro-fascist government came to power in Europe, and it enjoys the support of the United States.

People’s Deputy of Ukraine Oleg Tsarev called the incident the “occupation” of Ukraine by the United States. Moreover, Bandera neo-Nazis like Andrei Parubiy perform the functions of supervisors, gaulyayterov, they occupied key posts in the power structures of the Kiev regime. Western private military companies are openly transferred to Ukraine.

The referendum in the Crimea and the subsequent reunification of the Crimea with Russia saved its Russian-speaking population from the threat of occupation by the Bandera gangs of the Right Sector cynically called “friendship trains”.

There is no bad without good: the reunification of the Crimea inspired and united Russia, and revealed a group of intellectual renegades, the “fifth column”: Makarevich, Ulitskaya, Novodvorskaya and others who held a rally in support of Bandera in Moscow! The Russian ultra-liberals, practicing the "cookies" of their Western "friends", rolled to justify the Ukrainian neo-fascism.

The main target of Western anti-Russian propaganda was the Russian president, Vladimir Putin. This is an attempt to decapitate Russia during the ordeal, but our people also understand this: sociological polls indicate an increase in the president’s popularity, and the Russians are giving full support to Vladimir Putin’s policies. He became a symbol and an obstacle to the Bandera and American expansion behind Ukraine.

By and large, in Ukraine, aggression against Russia is being prepared by political means. It is complemented by informational aggression, and the propaganda attack on Russia began long before the crisis in Ukraine exacerbated: a preventive slanderous blow was struck on the White Olympics in Sochi. The purposeful creation by the Western media from Russia of an “image of the enemy” objectively testifies to the far-reaching aggressive plans of the West towards Russia.

The Kiev junta, with the support of the United States, intends to build a nationalist Bandera state, the Hitlerite minions Bandera and Shukhevych are officially recognized as "heroes of Ukraine." The United States and other Western countries pretend not to notice the neo-Nazis, and openly support, pursue a policy of "appeasing" the Bandera regime, as they once "appeased" Hitler before attacking the USSR. Kiev junta is now talking about the "war with Russia", allegedly because of the Crimea! But Bandera long ago declared war against Russia in their “Mein Kampf”! There would have been no “Crimea”, they found other reasons: their claims to the Russian regions are well known.

The Russian-speaking southeast of Ukraine is undergoing political repression, and is under the threat of invasion of nationalist gangs. Only the declared determination of Russia to protect the Russian-speaking population, including by armed means, stops the neo-Nazis from continuing the aggression to the south-east of Ukraine. But how long can this delicate balance last?

It’s time for all of us to realize: in Ukraine today there is no legitimate authority, but there is a neo-Nazi Bandera regime, which the USA is bringing to a “campaign to the East”. In Ukraine, the United States threatened Russia, and we have nowhere to retreat again - behind Moscow!

Ctrl Enter
Noticed oshЫbku Highlight text and press. Ctrl + Enter
We are
The Mountain of Donbass and the Neo-Nazi gloatingIs there a solution to the problem of patriotic education of young people? Private initiatives
Military Reviewin Yandex News
Military Reviewin Google News
80 comments
Information
Dear reader, to leave comments on the publication, you must sign in.