March 27 2014
26
In the seventies and eighties of the last century, the Soviet defense industry created several types of reactive anti-tank grenades with different characteristics. it weapon allowed the infantry to effectively deal with enemy armored vehicles, but had a serious drawback. Reactive anti-tank grenades were disposable, which accordingly affected their use. As for hand-held anti-tank rocket launchers, for several decades the newest system of this class in the ground forces was the RPG-7, and the Airborne Forces had an RPG-16 grenade launcher. Over time, this weapon is outdated, which is why the development of new anti-tank grenade launchers began.

In the mid-eighties, the Bazalt State Research and Production Enterprise, which was engaged in the creation of anti-tank weapons for infantry, began the development of the RPG-29 Vampire project. The work on the project, named after the bat, was headed by V.S. Tokarev. As part of the new project, it was supposed to create an anti-tank grenade launcher that could hit modern and promising Tanks probable adversary. The main task of the designers was the creation of a rocket-propelled grenade, which could effectively destroy armored vehicles with dynamic defense systems. The solution to this problem significantly increased the firepower of rifle units armed with a new grenade launcher.

The standard aiming device of the Vampire RPG-29 grenade launcher is the 1P38 telescopic sight. A device with a field of view of 13 ° width and an increase in 2,7x makes it possible to direct weapons when firing at a distance of up to 500 meters. At the request of the customer, the Vampire anti-tank grenade launcher can be equipped with the 1PN51-2 night-sight. In this case, the weapon receives a supplemented index RPG-29Н.

The RPG-29 grenade launcher uses a PG-29B rocket grenade as ammunition. An interesting fact is that some features of this shot had a serious impact on the appearance of the grenade launcher. For example, a large barrel length (1,85 m) is directly related to the engine used on the grenade.

PG-29V grenade caliber 105 mm was created taking into account the need to hit targets equipped with dynamic protection systems. For this reason, the ammunition carries a tandem cumulative warhead. The leading cumulative charge, located in front of the grenade, when hit the target should initiate an explosion of the dynamic protection unit. The latter spends its energy on the destruction of a cumulative jet of a leading charge. Thus, the unprotected armor of the attacked vehicle remains in front of the main charge of the warhead. According to reports, the combat part of the PG-29В grenade is capable of penetrating more than 600 mm of homogeneous armor, covered with dynamic protection.

In the tail of the grenade there is a jet engine. An interesting feature of the PG-29В ammunition, which distinguishes it from other rounds for domestic anti-tank systems, is the absence of a propellant charge. To disperse a grenade to the required speed, only a jet engine is used. The ignition of a solid-fuel charge occurs by means of an electrical system: the grenade launcher trigger mechanism and the ammunition igniter are connected through a slip ring in the tail of the grenade.

The project provides for the manufacture of engine from fiberglass or steel. The body material of the engine directly affects the characteristics of the grenade: ammunition with fiberglass parts leaves the barrel at speeds up to 255 m / s, from steel - to 230 m / s. In flight, the grenade is stabilized by rotation, for which a folding stabilizer with 8 blades is installed in its tail section. Also, the grenade is equipped with a tracer for tracking its flight.

RPG-29 in the stowed position

The calculation of the RPG-29 "Vampire" consists of two people. For carrying weapons and ammunition, the calculation has two packs. In one of them, a grenade launcher is transferred, in the other - 3 grenades. Experienced calculation can fire at a rate of up to 4 shots per minute.

The RPG-29 “Vampire” anti-tank rocket launcher and PG-29B shot were put into service in the 1989 year. However, as far as is known, the mass production of these weapons has not begun to this day. Because of this, even a quarter of a century after the adoption of the new system, the main anti-tank grenade launcher remains the time-tested RPG-7.

In 1993, the Vampire grenade launcher was first shown to a foreign public. During the first exhibition of weapons IDEX-1993 in Abu Dhabi (UAE), demonstration shooting took place, during which the new domestic development made a big impression on potential customers. As a conditional target for a grenade launcher on these firing, an armor plate 300 mm thick was used, installed at an angle 60 ° to the vertical and additionally closed by a dynamic protection unit. The RPG-29 grenade launcher successfully overcame the dynamic defenses and pierced the armor by making a through hole in it with a depth of about 600 mm. 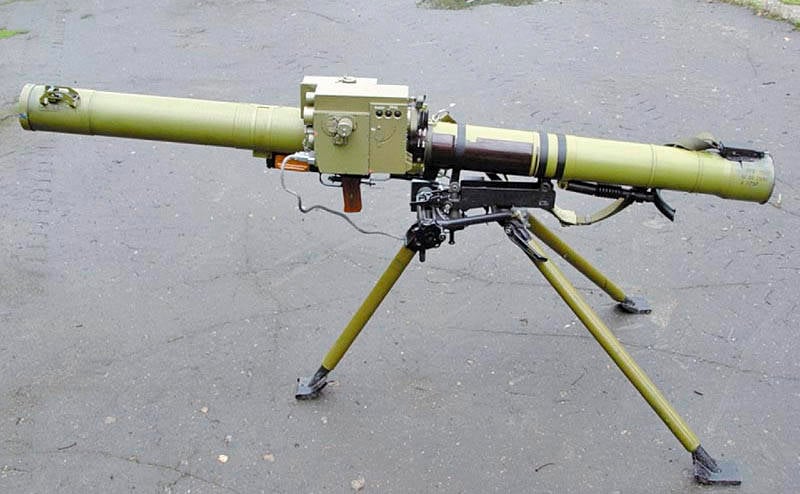 RPG-29 on the machine and with the installed fire control device. Photo http://otvaga2004.ru 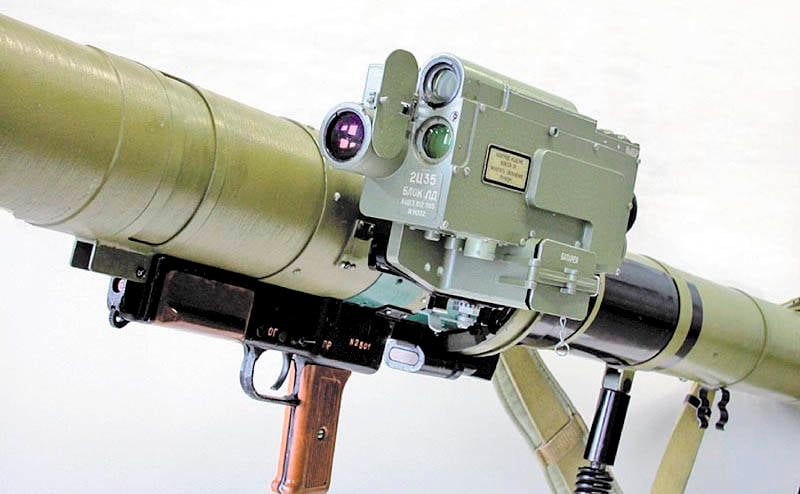 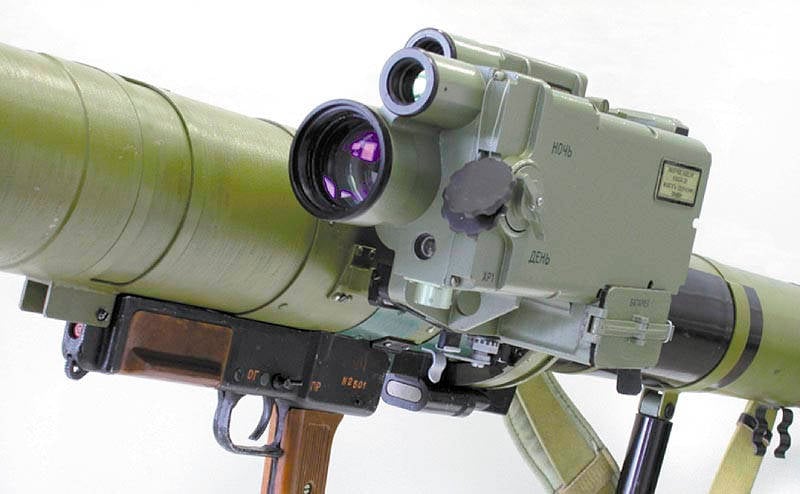 Experienced options for the 2C35 fire control unit on the RPG-29. Photo http://otvaga2004.ru

At the beginning of the two thousand years, there was a project to upgrade the RPG-29 “Vampire” grenade launcher, designed to improve its performance. TsKB "Tochpribor" engaged in the development of various electronic systems, presented a grenade-mounted optical-electronic sight 2Ц35. This device allows you to detect and identify enemy tanks at a distance of about 1000 meters and calculate the necessary corrections for firing. The 2Ц35 sight is equipped with a laser range finder capable of measuring the range within 1200 meters. The RPG-29, attached to the machine and equipped with the 2Ц35 sight, can supplement or, under certain conditions, replace anti-tank missile systems with guided munitions.

The production and supply of the RPG-29 “Vampire” grenade launcher and ammunition raise certain questions for it. As far as we know, domestic armed forces never received a single grenade launcher of the new model. Nevertheless, there is information about the supply of these weapons to foreign countries. For example, in the middle of the last decade, the Israeli media reported that a large part of the Israeli armored vehicles that participated in the Second Lebanon War (2006 year) were damaged or destroyed using RPG-29 grenade launchers. A number of such grenade launchers were captured by Israel as trophies during the fighting. 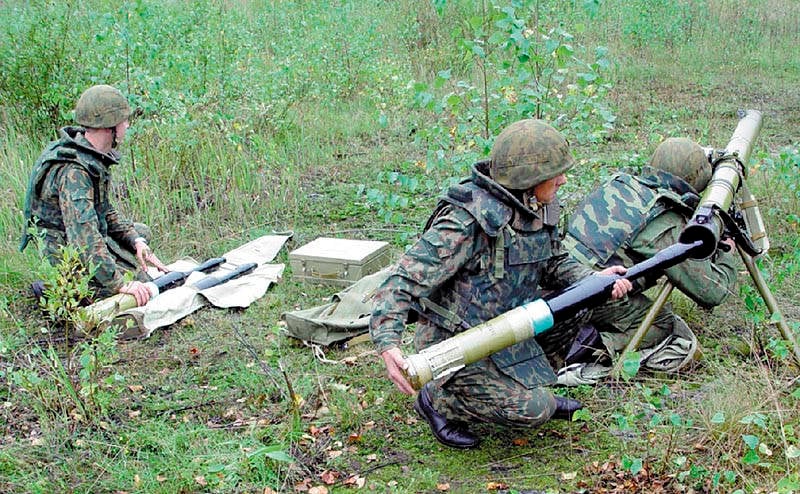 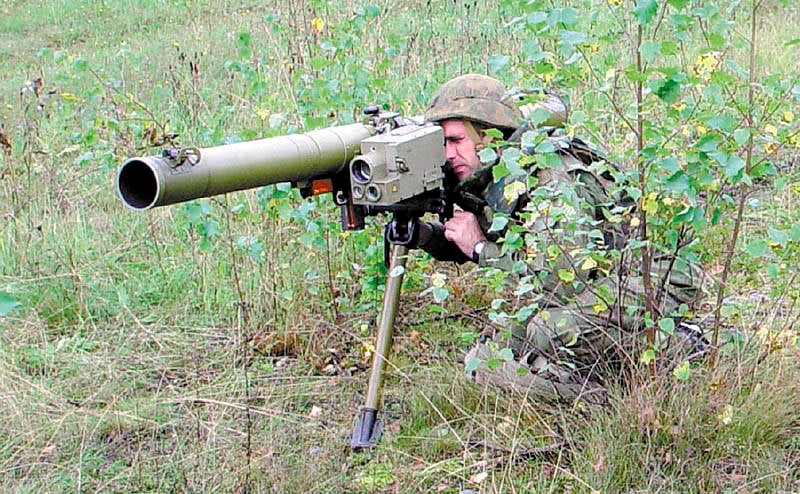 Calculation of machine RPG-29 on the position. The grenade launcher is equipped with PUU 2Ц35. Photo http://otvaga2004.ru

New assumptions about the possible export of Vampire grenade launchers appeared at the end of 2012 and the beginning of 2013. The reason for them was the video recording of the combat use of grenade launchers by militants during the civil war in Syria. From this we can conclude that the Russian defense industry has produced a certain number of RPG-29 grenade launchers by request of foreign countries. Judging by the conflicts in which this weapon was used, it was delivered to Iraq, Iran or Syria. There is no exact information on this.

A number of RPG-29 “Vampire” grenade launchers are available to the Mexican armed forces, as evidenced by photos from military parades. At such events several years ago, fighters with Russian grenade launchers and ammunition were spotted for them. The origin of this weapon also raises questions. It is still unknown whether Mexico acquired Russian weapons directly from the manufacturer or whether the grenade launchers were purchased from a third country, which, in turn, received them from Russia.

Regardless of these facts, the RPG-29 “Vampire” anti-tank rocket-propelled grenade launcher, although adopted by the Russian army, has not yet entered the army. For some not entirely understandable reasons, promising weapons were adopted only on paper, which is why fighters have to use old RPG-7 grenade launchers.