March 26 2014
166
For neglecting the state language, it is proposed to provide for punishment of up to 7 years in prison. 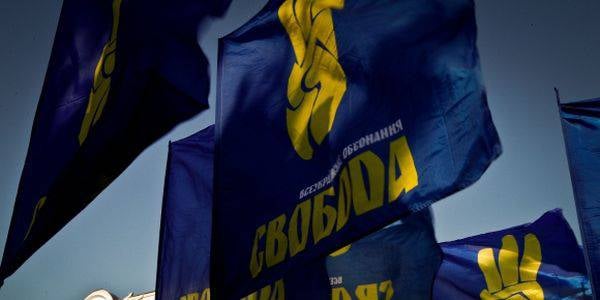 The deputies of the Verkhovna Rada from the Freedom faction, Irina Fahrion and Yury Mikhalchishin, propose that the parliament introduce criminal liability for neglecting the Ukrainian language. This is stated in the bill, registered in Parliament, the site reportsTelegraf.com.ua.

For neglecting the state language, it is proposed to provide for punishment of up to 7 years in prison.

The bill proposes to supplement the Criminal Code with Article 111-1 "Actions against the state language."

Thus, according to the draft law, deliberate actions committed to oust the state language from the information space, narrowing the scope of its operation on the territory of Ukraine, prohibiting or restricting its free use rights, creating artificial conditions for the dominance of a foreign language in the field of communications, information systems, information property, in state and municipal preschool institutions, general educational institutions, specialized secondary and higher educational institutions s, public humiliation, or neglect of the state language, causing considerable damage to national interests or carry a real threat to national security of Ukraine, shall be punished by restriction of freedom for up to 3 years, or imprisonment for the same period.

The same actions committed by a person who is a representative of the government or local authorities, or repeatedly, or by an organized group, or using media, the Internet, film and photo production, public advertising or associated with inciting national or religious hatred or combined with violence or threatened with threats to impose restrictions on freedom from 3 to 5 years or imprisonment for the same period.

If the above-mentioned actions entail serious consequences, then it is proposed to punish them with imprisonment from 5 to 7 years.

The law, if adopted, will enter into force on the date of publication.

Recall: January 11 I. Fahrion, along with people's deputies Vladimir Yavorivsky (the “Batkivshchyna” faction) and Maria Matios (“UDAR”) registered in the parliament a bill providing for the introduction of responsibility for the distortion of the Ukrainian language.
Ctrl Enter
Noticed oshЫbku Highlight text and press. Ctrl + Enter
We are
In Ukraine, there are calls to jail for St. George ribbons and shoot protesters in the east of the countryIt's time to start the Ukrainization of the east and south of the country - Fahrion
Military Reviewin Yandex News
Military Reviewin Google News
166 comments
Information
Dear reader, to leave comments on the publication, you must sign in.