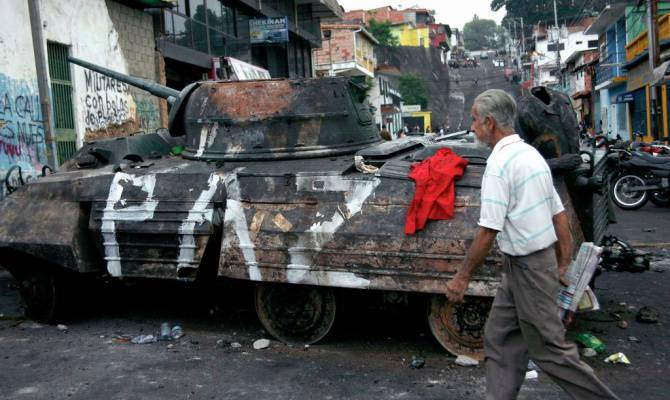 In Venezuela, the distribution of earrings began. Three air force generals were arrested on charges of organizing an anti-government conspiracy. At the same time, the mayor of the city of San Cristobal was accused of inaction during student riots, suspiciously similar in their scenario to the Kiev events. The verdict was passed immediately by the Supreme Court, which underlines the extraordinary nature of what is happening.

It seems that the “color revolution” in Venezuela was never able to repeat the success of Ukraine - although the actors honestly worked out their scenario plans. True, there are significant differences in these two attempts at a coup d'état - from the very beginning, the Venezuelan opposition took a very passive position and practically refused to support the preparing coup. Too clearly from the “revolution” foreign ears stuck out to take risks and to put at stake the assembled unity of the anti-havist forces.

Apparently, therefore, the events in Venezuela and could not reach that heat, that in Ukraine. Opposition leader Capriles was a peacemaker rather than an instigator. Therefore, the repressions that are beginning to unwind against those who supported the coup attempt, bypass those whom it would seem, it was beneficial.

The main difference between the Venezuelan events and the Ukrainian events is that the authorities were not afraid to be the authorities and did not look back at external pressure. Riots are riots, and the state’s task is to stop them in order to avoid far more serious problems. Which, of course, does not relieve her of responsibility for the elimination of the reasons leading people to the streets.