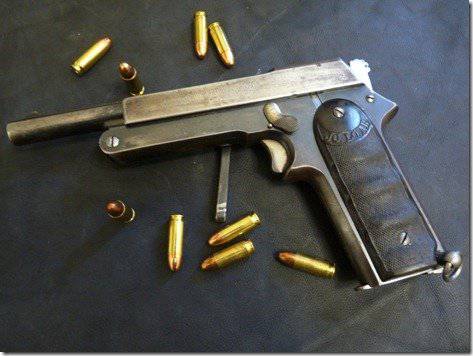 Spaniard Jose Lopes Arnaiz (Jose Lopes Arnaiz) in 1919 year, patented a device for his gun, which allowed the bolt to be cocked with one hand (Spanish patent number XXUMX). This gun is JO.LO.AR. was mainly intended for equestrian troops. After all, for this kind of troops it is quite important to have weapon, which can be brought into a fighting position with one hand. 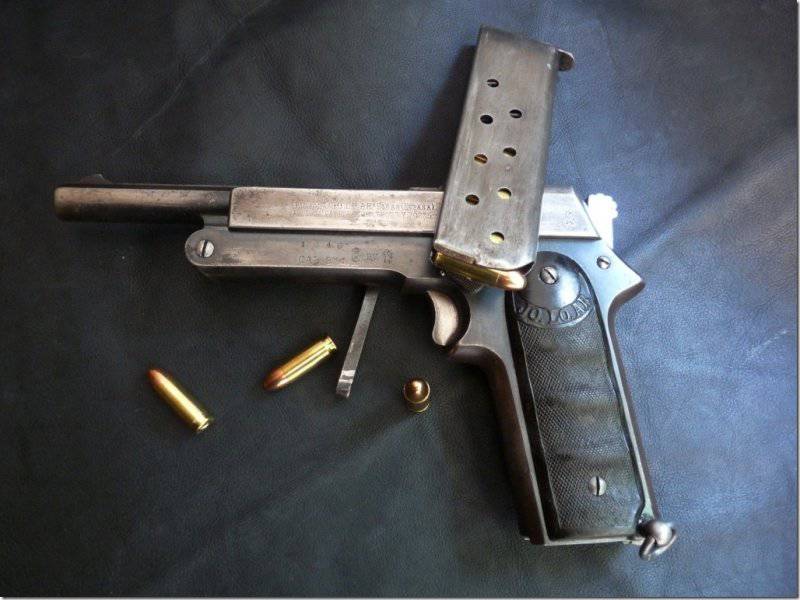 By design, they were similar and differed only in size and barrel length.
Let's take a closer look at this gun in the caliber 9mm Largo. 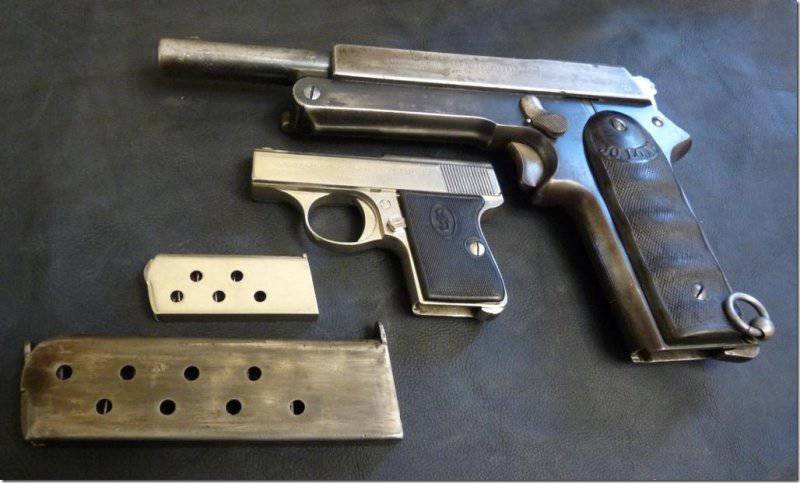 The first thing that catches your eye is the big pistol grip, which holds a magazine with nine 9mm Largo cartridges. This gun is for a large male hand. And the gun itself is quite impressive in size, and compared to the vest, if you look at the photo of the weapon, it's just a monster.

Very interesting cocking device with one hand. It is enough to lower the lever and press it, the shutter is retracted and the trigger cocked. 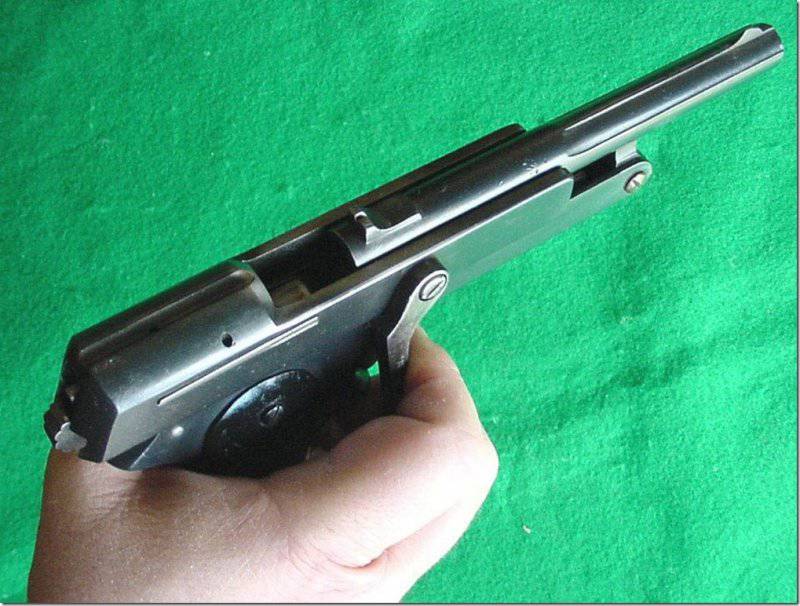 When the lever is released, the bolt moves forward and sends the cartridge to the chamber. With this design, it would seem, when firing and automatic movement of the shutter back, the lowered lever should strike the arm. But it is not. The lever rotates freely on the axis, and, when the shutter moves backward, it rotates upward by inertia and does not inconvenience the shooter.

Also on the casing shutter there are notches for loading the gun with two hands.
On the left side of the frame is a trunk lock. When withdrawing it up, the barrel turns on its axis and rises, giving the shooter the opportunity to charge the pistol with one cartridge. This is convenient if the store is lost. 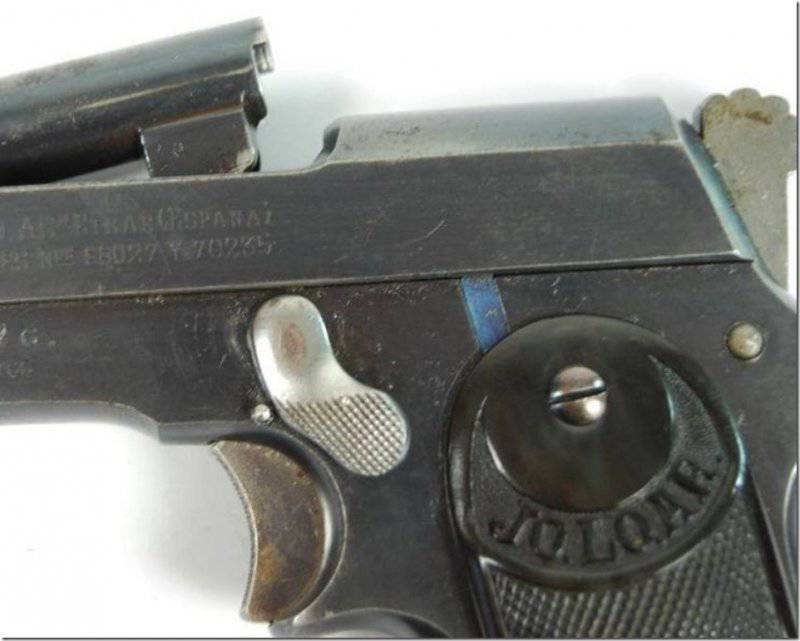 Almost all the weapons of this period were used combat springs working in compression or lamellar "V-shaped" springs. In this gun applied tensile combat spring, which is quite unusual. 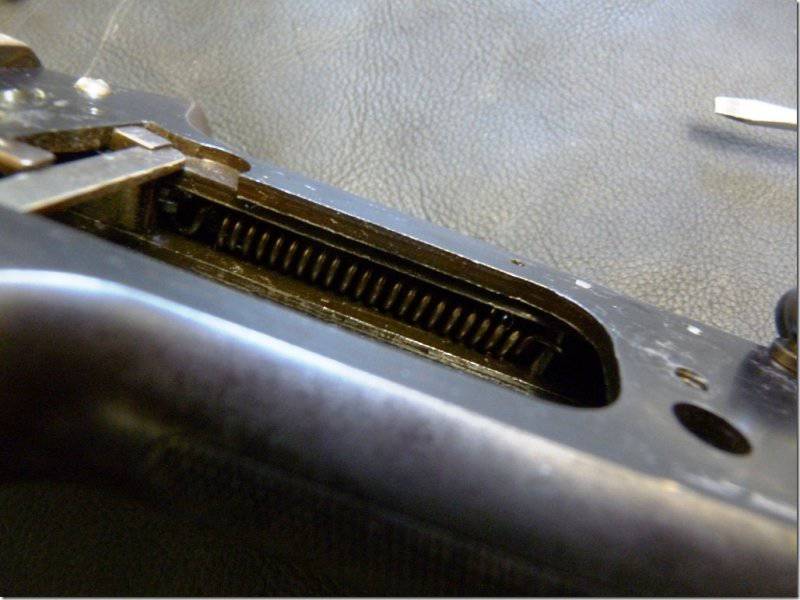 The trigger is pretty tight, probably for this reason the gun does not have a fuse.
Serial numbers were packed on the frame on the left side. 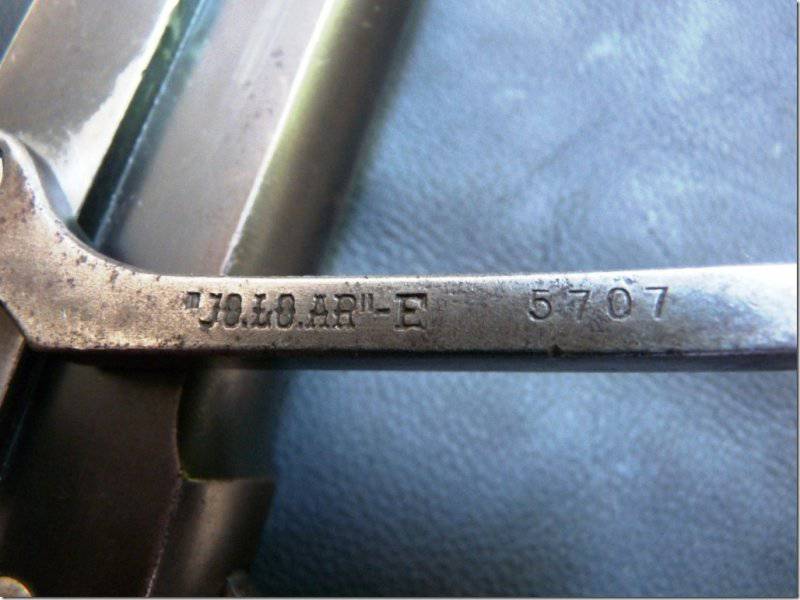 Neither the barrel nor the shutter casing was numbered. However, there is also a number on the lever. After reviewing about twenty copies of this gun, and not on one of them I did not find a match of numbers on the frame and the lever. The truth came across guns without any number on the lever. What is this number for me remains a mystery 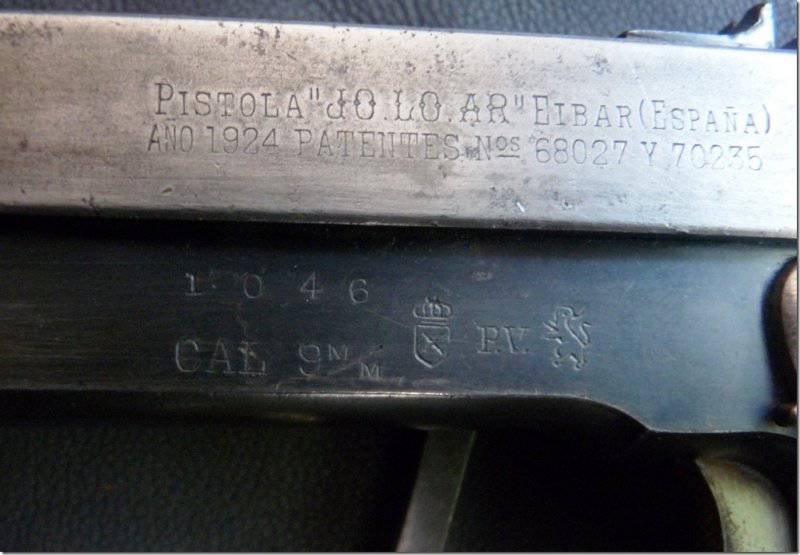 For the period of manufacture 1920-30gg. released about 30000 pcs. these pistols in all calibers.