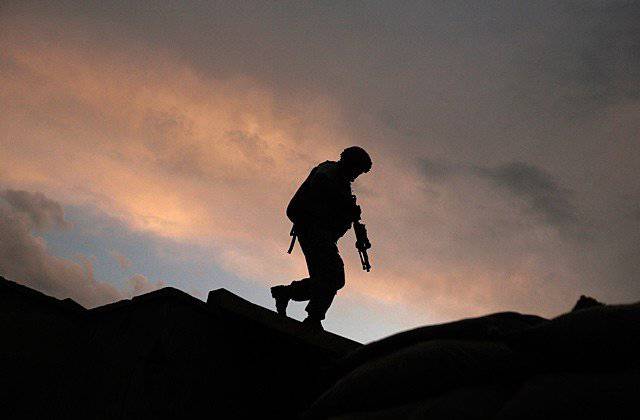 The Pentagon does not consider this type of armed forces its main striking force, counting on Aviation and fleet

The United States is one of the very few countries in the world in which ground forces are not the dominant type, neither in terms of the number of personnel, nor in the number of weapons and equipment, nor in contribution to military operations, nor in terms of influence. For Americans, the most important type of armed forces (AF) has always been the fleet, and then also aircraft. Moreover, in connection with the current "war fatigue" and the Pentagon budget cuts, these trends will only strengthen. Nevertheless, the US ground forces, of course, have enormous military potential.

The organization of the American ground forces is very complex because of their size and spatial scope. It is divided into commands of various levels. The headquarters of field armies (PAs) remain, which, as a rule, duplicate the territorial commands and must replace them in the event of war. On the territory of the United States themselves are also the corps - the army (AK) and airborne (VDK). The main type of formations are divisions, each of which currently includes four linear brigades and an army aviation brigade. In the near future, due to the general reduction of the US Armed Forces, most divisions will lose one linear brigade each. Linear brigades are divided into heavy (armored), light (infantry, airborne) and Stryker brigades equipped with the same combat vehicles (these brigades can be considered as “medium”).

The Ground Forces Command (headquarters in Fort Bragg, North Carolina) has 1 th PA, 1 th and 3 st AK, 18 th VDC, two training centers and a reserve command. Almost all military units of the ground forces deployed in the main territory of the United States obey him.

3-th AK (Fort Hood, Texas) includes most of the "heavy" compounds. These are 1-I armored, 1-I cavalry (really - also armored), 1-I and 4-I infantry (in reality - mechanized) divisions, as well as four air defense brigades, four artillery brigades, a number of other parts and corps subordination units .

18-th VDK (Fort Bragg) includes most of the "mobile" connections. These are 3-I infantry, 10-I light infantry (mountain), 82-I airborne and 101-I air-assault division, air defense brigade, a number of other parts and corps units.

1-th AK (Fort Lewis-McCord, Washington) is a reserve-training association. It includes the 7-Infantry Division, which cannot be called a combat unit, its headquarters is responsible only for combat training and logistic support for the units assigned to it. These are the three Stryker brigades of the 2 Infantry Division (to be discussed below), the Army Aviation Brigade and the Artillery Brigade.

In addition, the Ground Forces Command has two training centers: Fort Irwin and Joint Training. The 11 armored cavalry regiment (equivalent to the armored brigade), which serves as a conditional enemy for other units and formations, is deployed in Fort Irvine. The highest-level commanders in the United States are also the Command Command (Fort Eustis, Virginia) and the MTO Command (Redstone, Alabama), their purpose is clear from the names, there are no combat units in their composition.

Deployed in the United States, combat units that are not subordinate to the Ground Forces Command are part of the Special Operations Forces (MTR) Command and Space Command.

Space Command (Redstone, Alabama) incorporates the 1 th space brigade and the 100 th missile defense brigade. Ground forces outside the United States and in the two enclave states (Alaska and Hawaii) are part of two territorial commands and one PA. 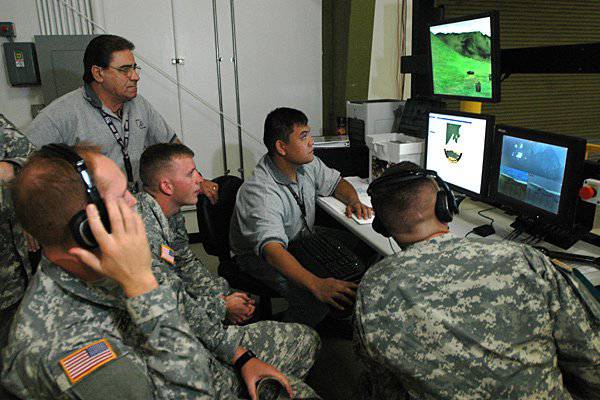 Soldiers from the Stryker 2 Brigade in Fort Shefter, Hawaii.

Pacific Command (Fort Shefter, Hawaii) is responsible for the defense of Alaska and the Hawaiian Islands. The 25 Infantry Division (Scofield, Hawaii) incorporates the Stryker 1 and 2 Brigade, the 3 Infantry Brigade, the 4 th Airborne Brigade, and the Army Aviation Brigade. The 1-I and 4-I brigades are deployed in Alaska, the 2-I, 3-I and aviation - in Hawaii. In addition, the Pacific Command is subject to the 94-I missile defense brigade (Fort-Shefter), the 8-i support command (including the 8-i brigade of the military police, the 45-I support brigade, the 130-i engineering brigade), the 311-i command communications (in its composition - 1-I and 516-I communication brigades), 196-I infantry brigade, 500-I reconnaissance brigade.

8-I PA (Seoul, Republic of Korea) is not organizationally part of the Pacific Command, is responsible for the defense of the Republic of Korea. The 2 Infantry Division incorporates the 1 heavy brigade, the 2 th, 3 th, 4 th Stryker brigade (as mentioned above, they are located in the United States and are administratively subordinate to the 7 th 1 Infantry Division th AK), a brigade of army aviation, 210-I artillery brigade. The units of military subordination are the 19-i security command, 35-I air defense brigade, 501-I intelligence, 1-i communications, 65-I medical brigade.

The only a tank, which is in service with the US Army, is the M1 Abrams. In the regular parts there are 1936 machines of the most modern modification M1A2 (including 1353 even more advanced M1A2SEP). Of the 3398 tanks of the previous M1A1 modification, most were transferred to storage. Also in storage are old versions of the Abrams (with a 105-mm gun, monolithic armor and outdated equipment) - 891 M1IP and 1128 M1. Perhaps this number is lower, since some of the old tanks are disassembled into spare parts, some are converted into more modern options or into engineering vehicles without weapons.

As for the other armored vehicles, currently the main combat vehicle of the US Army - "Stryker", which is available in ten versions. It is these machines that are equipped with the Stryker brigade, which, according to the American command, combine combat power and mobility. 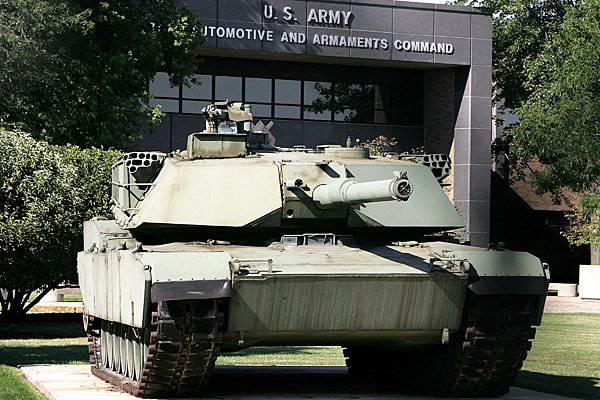 The BMP class is represented by the Bradley M2 machines. In total, the ground forces have no more than 6193 BMP M2 and BRM M3 "Bradley" (these are two versions of one machine), 4559 in the ranks, the rest in storage.

Of the BTR, M113A2 / A3 remains the most numerous, their 13 943 units, they are gradually being deposited or sold abroad. The Stryker family includes at least 1794 "BTR itself" M1126, at least 337 of M1130 headquarters machines, at least 150 of MXXUMX light engineering machines, and at least 1132 of M267 medical machines. In addition, the troops have more than 1133 thousands of anti-guerrilla armored vehicles built using MRAP technology (with enhanced mine protection). The vast majority of these machines do not have weapons, being, in essence, vehicles, and not BBM. Therefore, about 16 thousands of them will be written off after the withdrawal of US troops from Afghanistan.

The basis of the army air defense make up the long-range air defense system "Patriot", which is equipped with all air defense brigades. The brigade includes two to four battalions, each of which has three to four batteries of six to eight launchers (four missiles each). In total there is 1106 PU ZRK "Patriot".

In addition to the “Patriot”, the only active American air defense system is the Stinger MANPADS. The arsenal consists of several thousands of MANPADS proper, as well as the Avenger 703 short-range air defense missile systems (4 Stinger MANPADS on the Hummer vehicle) and 95 ZRPK M6 "Leinbaker" (the same on the BMN MXNX chassis).

US ground forces appear to be the only ones in the world with their own fleets. It includes six amphibious transports of the "Frank Besson" type and 118 amphibious assault boats of various types.

The new American military strategy practically does not imply the participation of ground forces in hostilities, with the exception of the extremely unlikely event of a large-scale war. If it is absolutely necessary, the marines, which are part of the Navy, will fight on land (the level of combat training of its personnel is generally higher than in the ground forces). Upgrading ground forces is proceeding at a rather slow pace, completing purchases of the Stryker BBM, the M777 howitzers, the Apache and UH-72A Lacoste helicopters, as well as reconnaissance UAVs and various communications equipment, EW, etc. Nevertheless, the combat power of the ground forces remains very high, they are guaranteed to be superior in the foreseeable future to any army in the world except the Chinese.