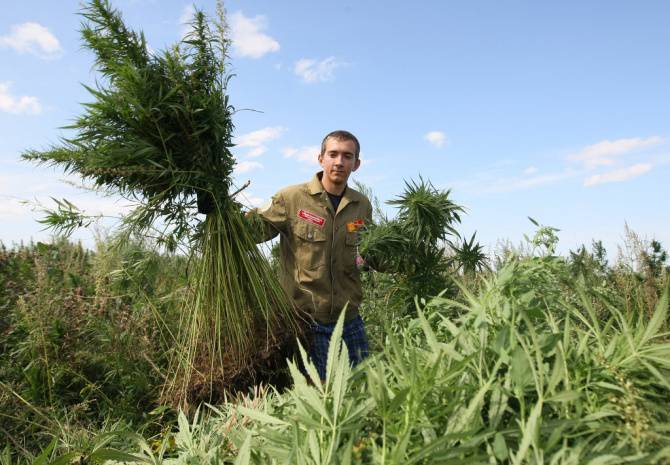 The leadership of the United States is considering the possibility of increasing purchases of Ukrainian cannabis as part of the measures of financial support for the economy of Ukraine, said on Wednesday in an interview with Bloomberg, US Secretary of Agriculture Tom Vilsack.

“We are currently exploring the possibilities of using industrial hemp seeds grown in Ukraine and in the United States,” he said.

In Ukrainian hemp there are no psychoactive substances that cause narcotic intoxication. Raw materials are used to produce oils, paints and plastics, ITAR-TASS notes.

Recall that in February the new government declared Ukraine bankrupt and announced that within two years it expects to receive international financial assistance in the amount of 35 billion dollars.

Note that at the moment in the United States, assistance is approved for the Ukrainian army in the form of about 25 thousand food rations, which the Pentagon intends to send to the Lviv region before the end of the week. Meanwhile, Senator Richard Durbin (Democrat, from Illinois) said earlier that disagreements between Democrats and Republicans may prevent the US Congress from adopting a bill on economic assistance to Ukraine.

In March, the World Bank announced that this year 3 will provide billion dollars in financial assistance to Ukraine, which will complement the existing program to finance the Ukrainian economy. The volume of the current program is estimated at 3,7 billion dollars.

For his part, the Minister of Finance of Ukraine, Alexander Shlapak, said that Kiev expects the first tranche of financial aid from the IMF in April.

The European Bank for Reconstruction and Development, in the framework of international financial assistance to Ukraine before 2020, intends to invest at least 5 billion euros.

Russia is still the only country that has already allocated financial assistance to Ukraine.

Late last year, Russia and Ukraine signed a number of joint documents suggesting that Moscow will pour into the economy of the neighboring country 15 billion dollars by buying Ukrainian securities.

The resulting first tranche 3 billion with a maturity of two years with a coupon rate 5% APR Kiev sent to social benefits.

Ctrl Enter
Noticed oshЫbku Highlight text and press. Ctrl + Enter
We are
“Russian Spring” on the festival of colors in Kiev and bloodshed in the Donbas
Military Reviewin Yandex News
Military Reviewin Google News
116 comments
Information
Dear reader, to leave comments on the publication, you must sign in.