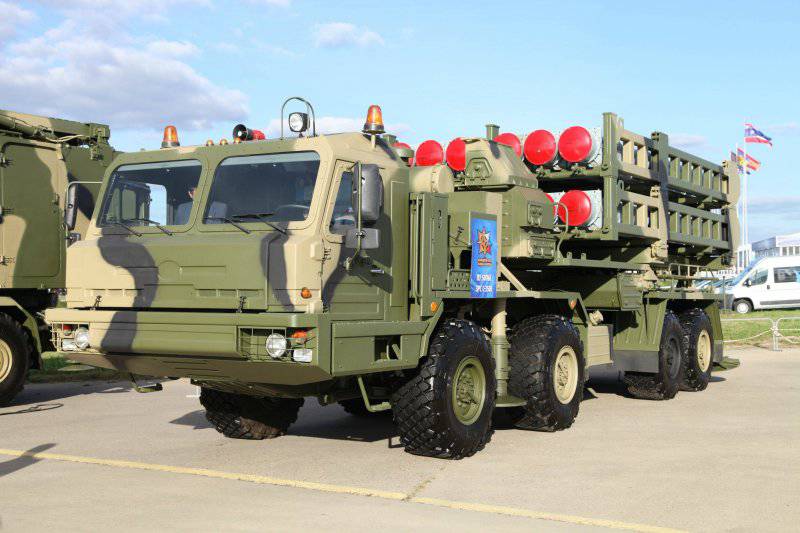 This was announced by the commander of the air defense and anti-missile defense forces of the East Kazakhstani Army, Major General Andrei Demin, at the ceremony of the combat duty of the next C-400 regiment. By order of the commander of the regiment of the latest anti-aircraft missile systems C-400, also equipped with anti-aircraft missile-gun systems "Pantsir-C1", stepped under Zvenigorod on combat duty. It will provide air defense in Moscow and the Central Industrial District. The general informed that by the end of 2014, it is planned to rearm another regiment with C-400 systems. “By the end of the year, the number of regiments with C-400 anti-aircraft missile systems in the Armed Forces of the East Kazakhstan region will be increased to four,” he added. “Thus, the first stage of the rearmament of the anti-aircraft missile regiments of the EKR Troops to the C-400 system will be completed.” As a representative of the press service of the Ministry of Defense for EKR Troops, Colonel Alexey Zolotukhin, informed earlier, C-400 Triumph arrived at a permanent deployment station in the Moscow region from the Astrakhan Kapustin Yar test site in early March. Before being sent to the place of permanent deployment, the C-400 combat crews conducted maneuvers with firing. “More than ten target rockets that imitated ballistic, low-altitude and operational-tactical conventional air targets over the entire range of altitudes and speeds were hit with high precision,” Zolotukhin said. The batteries of the Pantsir-C1 complexes will provide cover for the Triumph C-400, the colonel added.

Ctrl Enter
Noticed oshЫbku Highlight text and press. Ctrl + Enter
We are
Fell death of the brave: the captain of the riot police remembered the debt to the last breath
Military Reviewin Yandex News
Military Reviewin Google News
37 comments
Information
Dear reader, to leave comments on the publication, you must sign in.