As the American intelligence Crimea blinked 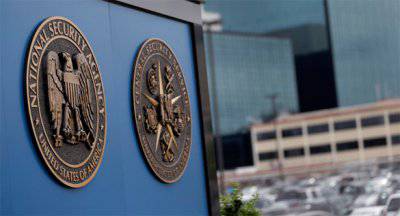 The other day, the Wall Street Journal talked about how the American special forces miscalculated the “invasion” of the Russians in Crimea. In a material dated 24 in March, journalists Adam Entous, Julian E. Barnes and Siobhan Gorman share with the reading public their thoughts on how the Kremlin managed to fool not only intelligence analysts, but also military satellites that monitored the Crimea. The authors conclude that the Russians probably learned to circumvent the western wiretapping.


The US military satellites spied on the accumulating Russian troops within the reach of the Crimea last month, write correspondents. But intelligence analysts were surprised by the events that followed: after all, they had not intercepted any messages that Russian leaders and military would exchange on the threshold of an “invasion”. As a result, representatives of the American intelligence came to a disappointing conclusion: Russian specialists may have advanced in technology and hid from the American wiretapping.

Now, to mend the information breach, special services and the US military are rushing to expand satellite coverage. Their goal is to intercept messages throughout the territory of Russia, Ukraine and the Baltic countries. US officials want to intercept everything that concerns the "intentions of Russian President Vladimir Putin." They want to know about Putin’s decisions even before he takes action.

The Obama administration is "very nervous," said an unnamed person close to the subject of discussion.

Curiously, some senior intelligence officials told Barack Obama three days before the “Crimean operation” that Russia could take the peninsula so quickly that Washington would know about it only when everything was behind.

The article reports some more details.

It turns out that expanding surveillance by increasing satellite coverage of Russia and Ukraine to the West is hampered by limited resources. The military cannot divert too many resources from Afghanistan, North Korea, Iran and other hot spots.

February 26 at a briefing for Obama and other politicians James Klapper, director of the National Intelligence of the United States, and with him other intelligence leaders, highlighted the Crimea on the agenda, journalists write. According to their estimates, the Russian military is most likely preparing for an operation in the Crimea. True, US intelligence agencies did not have supporting evidence. Few intercepted reports of V. Putin and other Russian officials gave nothing.

As a result, it is still not clear to the Americans: whether the Russian leaders deliberately avoided the topic of “invasion”, or simply found a way to do this unnoticed by the United States. Another version: Mr. Putin decided to “seize the Crimea” at the last minute and did not tell almost anyone about it, except for those responsible for the operation. However, some officials from the United States and the United Kingdom believe that the plan to seize Russia was prepared in advance.

Western intelligence officers unanimously say that they underestimated the quality of the Russian forces inside the Crimea. An intelligence official says that the United States had "certain information that Russia is using its armed forces to take control of the peninsula" on the night of February 27. However, this particular anonymous did not say anything concrete.

Later, on February 28, Mr. Obama issued a public warning addressed to Mr. Putin concerning the violation of the sovereignty of Ukraine. By that time, however, the Crimean peninsula was already under Russian military control. This Obama reported later ...

Pentagon officials made urgent calls to their Russian colleagues. Journalists are not surprised that the Russian military said almost nothing, and some even said they were “surprised.”

“It was a classic disguise,” said a senior American official.

So, the scouts and the military agreed that Moscow used complex tactics and outwitted simple Americans who, apparently, were accustomed to their satellites, tapping the NSA and drone to the point that Pentagon heads completely lost the habit of thinking. Overheard, of course, easier!

On this subject, and reasoning ordinary Americans, expressed in numerous comments on the article.

For example, John gault writes: “Not surprised. Obama is too busy spying on his political opponents to worry about the Russians. ” Robert Reed believes that America needs "real spies" who would live and work in foreign countries. “No amount of electronics can replace people in this game,” he says. Russians have thousands of agents abroad, and we have about 100, the commentator writes further. "We put all the eggs in one very fragile basket of the NSA, and everyone nowadays knows how to take advantage of this weakness." Liz greenwood writes with mockery: “You men, spying on Gmail, in order to see your grandmother’s accounts, have you forgotten about spying for Russia? What a pity that you overlooked the invasion in Ukraine! ” Jack Ritchie believes: "Everyone should understand that the problem is that the NSA is spending its efforts and huge resources on spying for US citizens, and not doing the work for which it was intended."

To this it remains to add that if American citizens understand the essence of the problems of intelligence and the White House, Obama, the Pentagon and Klapper, apparently, think in a different direction. Assumptions about even more powerful programs of wiretapping and observation, about even more spy satellites are no more than an extensive way of doing the same work, which the US special agencies obviously do not cope with. Or maybe this excuse for a purely American "cut" the federal budget? .. In this case, the NSA can be advised to develop a special program for reading V.V. Putin's thoughts at a distance.

Well, in the meantime, congressmen and corporations are once again sawing billions, Russians may find themselves in Alaska. “Last minute”, yes, Mr. Obama?

Observed and translated by Oleg Chuvakin
- especially for topwar.ru
Ctrl Enter
Noticed oshЫbku Highlight text and press. Ctrl + Enter
We are
Results of the week. "And we are here, you know, all indulge in buns ..."FBCB2 US tactical-level automated command and control system (part of 1)
Military Reviewin Yandex News
Military Reviewin Google News
115 comments
Information
Dear reader, to leave comments on the publication, you must sign in.