The secret of the nuclear suitcase


Nuclear briefcase (YAC) is the little that has come down to us since the days of the Cold War. This is a special device that stores codes to activate the country's nuclear arsenal. This briefcase is always at hand with top political figures and military leaders of countries with their own nuclear arsenal. weapons. In Russia, with the help of a nuclear briefcase, the president communicates with the Strategic Missile Forces.

The first yachi came up with the Americans. Similar devices appeared already under President Eisenhower (1953-1961 years). And this system found its final form in the days of the Caribbean crisis, when US President Kennedy questioned his control over the country's nuclear arsenal as supreme commander. At that moment, both the US military and civilians from his entourage were pressing in on him, many of whom offered to punish the presumptuous commies. For this reason, Kennedy feared that, firstly, the order for a nuclear strike on the USSR could be given by someone without his consent. Secondly, that if necessary, he himself will not be able to give the same order, since he will not be at the prepared command post. As a result of these doubts, a nuclear suitcase appeared in the USA. Since then, only the country's president is able to order the use of the existing nuclear arsenal. In this case, the order can be given at least from your own bedroom, of course, if you have a handball. 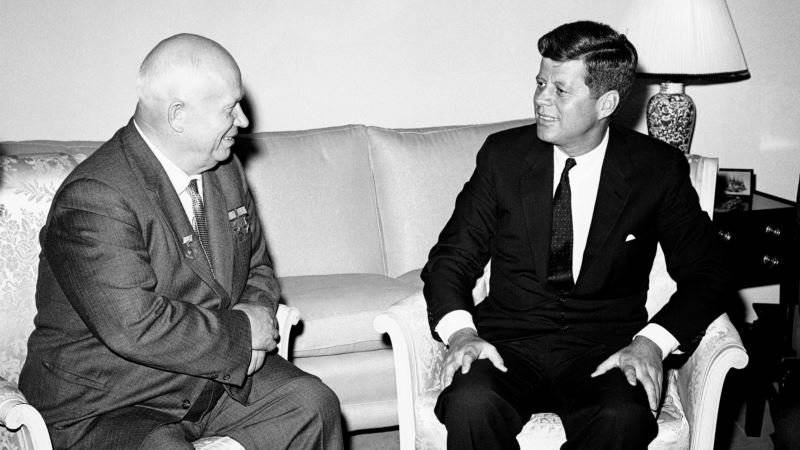 Who came up with the definitions of “nuclear suitcase” and “nuclear button”, which are firmly established in the modern Russian lexicon? They came up with Soviet journalists, international affairs. In the US, a nuclear briefcase is less like a suitcase. This is a peculiar leather trunk, vaguely reminiscent of an American football ball. In the US, it is called Nuclear Football, President's Emergency Satchel, or The Button, and photos in the Western press were also signed. The Soviet journalists who worked on the translation of these definitions understood perfectly well that they could not be translated literally. For example, “nuclear football” sounds, frankly, ridiculous. The “button” is good, but impersonal. The “presidential alarmbag” is also not exactly what is needed. As a result, the definitions of “Nuclear Suitcase” and “Nuclear Button” were chosen - briefly and clearly.

In our country история The club has more than 30 years. In those years, the automated control system for nuclear forces, code-named "Kazbek", took up combat duty. The general public, this system has become known just because of the subscriber complex "Cheget", the very nuclear suitcase. The Russian YACh is correctly called the Cheget subscriber complex of the automated control system for strategic nuclear forces Kazbek. JAC is an integral part of the counter strike system. It can only be activated after a signal is received about a rocket attack on our country.

First, a signal comes from the early warning system of a rocket attack, this signal is necessarily checked by the duty general, who is at the command post in Solnechnogorsk. Only after this check, the Kazbek system goes into combat mode of operation. This was told to journalists by Viktor Esin, chief of the main headquarters of the Strategic Missile Forces in 1994-96. The communications equipment with the command of the Strategic Missile Forces and the General Staff is located directly at YACh. If to speak quite simply - this is a telephone, but information on it is transmitted not by voice, but by encrypted characters, such a communication cannot be blocked. 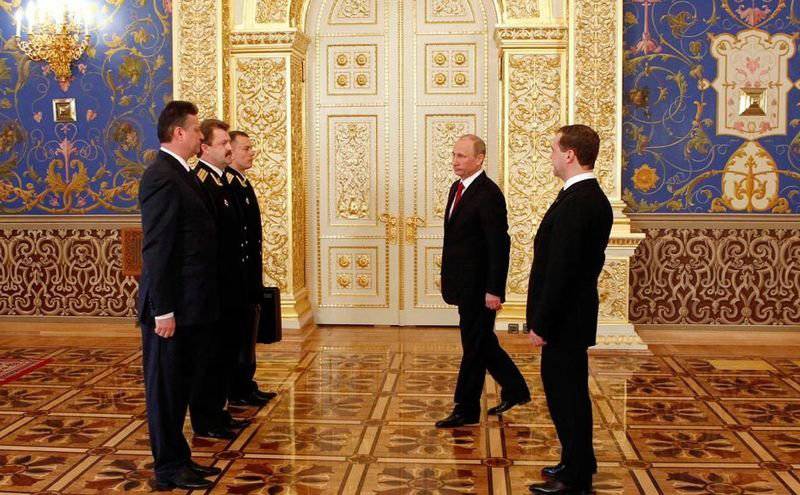 In the USSR, they thought about the development of a mobile control panel of the existing nuclear grouping in the 1970s. At that time, Moscow was seriously afraid of a sudden nuclear strike from Washington. In 70-s, the leadership of the USSR could order the launch of strategic nuclear missiles only by arriving at the command post of the Strategic Missile Forces. At the same time, the approach of American Pershing-2 ballistic missiles deployed in Europe and equipped with 400 CT warheads required only 7 minutes.

YAC in the Soviet Union was created for Leonid Brezhnev, for this reason its management was simplified as much as possible so that the aged general secretary could easily figure it out. At the same time, Brezhnev did not get the “Cheget”, by the time of his death the system had not yet been debugged. The trial operation of the Russian YACh began in the 1983 year, first they were received by the Chief of General Staff Nikolay Ogarkov and the Minister of Defense of the country Dmitry Ustinov. A year later, Konstantin Chernenko received his YChN, while full-scale tests of the system in various modes at that moment were in full swing. Thus, the first fully working YACH received Mikhail Gorbachev.

At present, the 3 nuclear briefcase is constantly on combat duty: one by the President, the Minister of Defense and the Chief of the General Staff. Of course, in each case there is the very nuclear button, its pressing transmits a signal to the command posts of the Strategic Missile Forces - a special code that allows the use of nuclear weapons. In this case, the launch of rockets will occur only when the command comes from all three devices. In fact, more than three suitcases, from time to time they are checked, changed and repaired. There is a legend that Boris Yeltsin was given a YCh with a serial number 51, he was indignant, and the number on the case was changed to the first one. 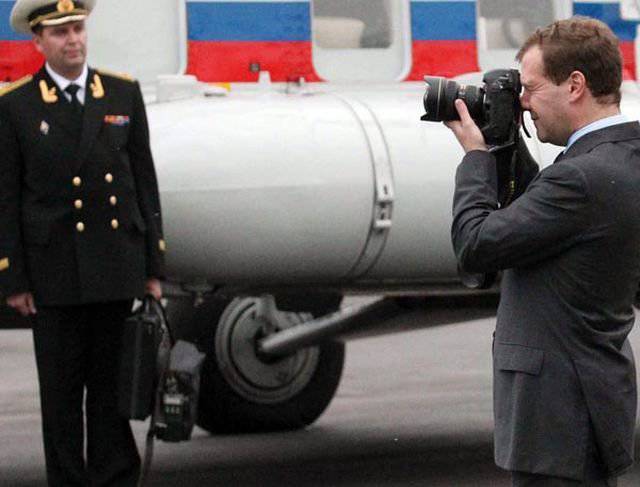 “Cheget” is intended for constant foot escort of persons who are authorized to dispose of the nuclear arsenal of our country. Most often, they are also followed by a machine that is equipped with special communications equipment. In Russia, an officer with the rank of not lower than a lieutenant colonel wears a YaCh. In practice, the officer belongs to the communications troops, while the operator of the complex is always dressed in the form of a naval fleet - a tribute to tradition. The suitcase itself, in order not to attract too much attention, is made in the form of an ordinary diplomatic briefcase.

For the only time in history, the Cheget system was applied on 25 January 1995. On this day, from the island located off the coast of Norway, the launch of the world's largest meteorological rocket Black Brant XII was carried out. The trajectory of its flight resembled the trajectory of the American intercontinental ballistic missile Trident, which was launched from the board of a submarine. The end point of its route could be a nuclear explosion in the air, with the goal of disabling the Russian missile attack warning system. Notification of the Norwegian side about the launch of the rocket was lost somewhere in the offices of the Foreign Ministry, and the next day, Russian President Boris Yeltsin said that he first used his YCH for emergency communication with his military advisers.

The owner of the White House also has its nuclear suitcase. However, he, as we wrote above, is called Nuclear Football, since it is made in the form of a bag of black leather, shaped like a ball used in American football. In this leather bag there is a titanium box with a plastic card - “an authorizing plate”; the box is closed with a combination lock. Having printed out the card, the president can find out the code used to activate the American nuclear arsenal. In addition, it also contains 30-page instructions on how the president should act in the event of a nuclear war. Among other things, it contains information about all the secret bunkers available to the president. 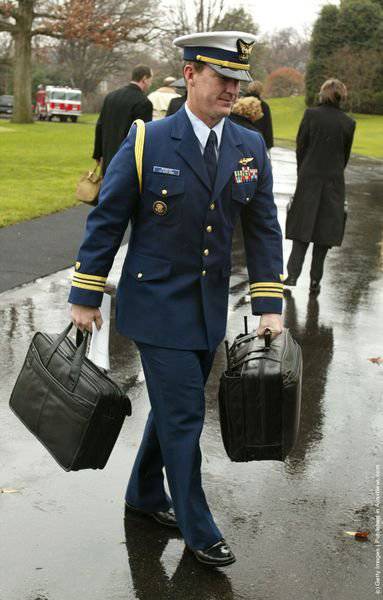 To carry the American YACh used officers 4-x types of the armed forces, as well as the coast guard. Before that, all candidates undergo a very serious test and selection, as well as receive the highest access to secrecy - “White Yankee”. The officer who carries the briefcase is armed with a personal pistol and has the right to use his weapon without warning. The “ball” is chained to the hand of an American officer with a special steel bracelet. When the president changes, as in Russia, YACh moves to the new owner of the White House on the day of the official inauguration. In this case, a small 30-minute lecture on the use of this device.

The consequences of using a nuclear suitcase

The reader may have a reasonable question as to what will happen if the carriers of Cheget and the command and control centers are disabled. In this case, Russia will take effect. Perimeter systemable to act without human intervention. In the West, the Russian system was called very effectively "Dead Hand" (dead hand).

It should be noted that any large-scale conflict with the exchange of nuclear strikes between the United States and Russia, which for two have more than 16 thousands of nuclear warheads, will lead to a universal catastrophe, regardless of the presence of the Perimeter system. According to experts, the scenario of nuclear exchanges between the US and Russia will lead to the simultaneous death of 770 millions of people. At the same time, 180 million tons of soot will be emitted into the Earth’s atmosphere almost simultaneously, which will block up to 70% of the incoming sunlight on our planet above the Northern Hemisphere and 35% above the Southern Hemisphere. The so-called “nuclear twilight” will begin, and the world will plunge into the ice age, similar to that which was on the Earth 18 thousands of years ago. 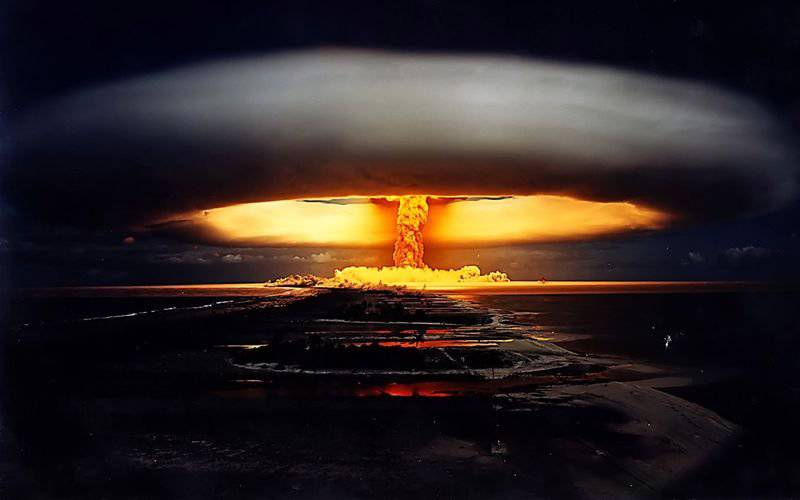 It will be a time when the "living envy the dead." 70% of the world's harvest will perish, and many animals that are now at the top of the food chain, including almost all of humanity. People will pursue hunger, pandemics, fallout, reduction of territories suitable for life. Most of the countries of the world that survive the consequences of such a conflict will plunge into the Stone Age. Knowing this, you better understand the responsibility that people who have received a nuclear briefcase must bear.