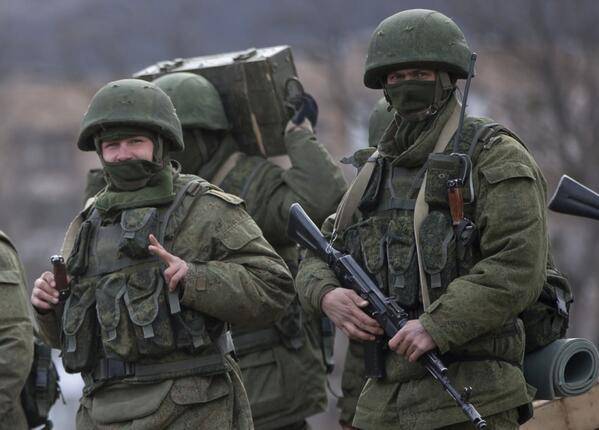 Russia was able to make it difficult for the United States to gather intelligence about the upcoming operation in the Crimea to such an extent that the secret services could not provide the administration of President Barack Obama with a sufficiently accurate tactical analysis, writes The Wall Street Journal (WSJ). In particular, the plan to seize the peninsula under control was not revealed with the help of the Russian troops already stationed there. According to the newspaper, American intelligence satellites recorded the concentration of Russian troops "at a distance of impact" from the Crimea, but the "wiretapping" of communications did not give the usual confirmation in the form of talks between Russian leaders, commanders or soldiers. According to the high-ranking source of the publication, Russia has purposefully ensured the secrecy of the operation, taking into account the peculiarities of the work of American intelligence services. "Despite the fact that we received a warning, we did not have enough information to understand exactly what would happen," said a source at WSJ.

The United States intends to urgently close this “information hole”, increasing the use of satellite constellation and increasing radio interception capabilities in Russia, Ukraine and the Baltic states, writes WSJ. Officials hope that a head-on increase in capacity will help the United States "get information about Putin’s plans before they are implemented," a newspaper source said, "we are working in a crisis mode." However, the leaders of the American intelligence services are afraid that Russian leaders will be able to close their communications in the future. The situation in the Obama administration is "nervous," says one of the sources of the WSJ, "this has never happened before."

The first evidence that Putin aimed at the Crimea, analysts and diplomats of the United States received in December 2013, writes WSJ. According to their then assessment, Moscow could take some measures to protect its interests in the Crimea in case of a deterioration of the situation. The European command of the US Armed Forces immediately asked the Pentagon to increase the surveillance of the Russian bases in the Crimea, but it did not show anything unusual. Now, US officials are inclined to believe that Russia secretly sent well-trained fighters to the Crimea in small groups, the newspaper writes, but intelligence analysts did not see this until the "capture" of the peninsula.

In early February, the US Ambassador to Ukraine Jeffrey Payette sent a group of observer diplomats to the Crimea. This mission did not give a lot of information, but it intensified concern in diplomatic circles: according to representatives of the Crimean Tatars and human rights activists, political groups of anti-Kiev orientation were created in the Crimea as a matter of urgency. But even then nothing pointed to the Russian “invasion,” diplomatic sources told the WSJ.

Fracture occurred 18 February after the outbreak of violence in Kiev; US intelligence began to seriously consider the option of Moscow’s military intervention in the event of a "sharp change of power" in Ukraine. The suspicions intensified on February 25, 4 the day before the "capture" of the Crimea, when the US military attache in Moscow was notified of a sudden test of the combat readiness of the Western, Central and Eastern military districts beginning February 26. Experts indicated that similar tactics were used in 2008 during the Russian-Georgian conflict. Satellite data showed a concentration of troops near the border with Ukraine. Within the Crimea, the Russian military observed “exceptional discipline” of radio communications. The US intelligence service didn’t intercept any evidence of capture preparation, WSJ reports.

February 26 director of the US National Security Agency (NSA) James Klapper reported to Obama and other senior officials that the purpose of Russia in Ukraine is the Crimea, and the Russian military are preparing for a lightning operation. But the intelligence services did not succeed in intercepting the relevant negotiations of representatives of the Russian authorities.

“We didn’t have anything like“ well, let's start, ”says one of the WSJ sources. According to him, accurate intelligence that "the Russian military captured strategic facilities in the Crimea," appeared only on February 27. By this time, Payette sent to Washington an urgent dispatch of Russian flags over the Crimean parliament building. The next morning, many strategic objects came under the control of armed people in the form of a Russian sample without signs of differences. 28 February, when Obama made a statement about the inadmissibility of violating the sovereignty of Ukraine, the Crimea was already under the control of Russian troops there, said a WSJ source in the intelligence services.

Pentagon sources told the newspaper that they eventually received a significant portion of operational information on Ukraine through the embassy in Kiev. To track the movement of Russian troops, the military attache and embassy staff phoned contacts at the border service and navy Ukraine - some said that they were already burning classified documents. The Russian military in Crimea, with whom American colleagues spoke, also did not provide the necessary information - some said that they themselves were not in the know. “It was a classic maskirovka,” a senior source told WSJ.

Ctrl Enter
Noticed oshЫbku Highlight text and press. Ctrl + Enter
We are
A great interview with Sergey Lavrov: about Ukraine, Obama and IranWhat you didn't want to know about England
Military Reviewin Yandex News
Military Reviewin Google News
83 comments
Information
Dear reader, to leave comments on the publication, you must sign in.