Russia or America: who is the true aggressor

March 26 2014
102
One of the most noticeable aspects of the development of the crisis in Ukraine were those epithets that the Western media and Western politicians characterized Russia and its President Vladimir Putin. 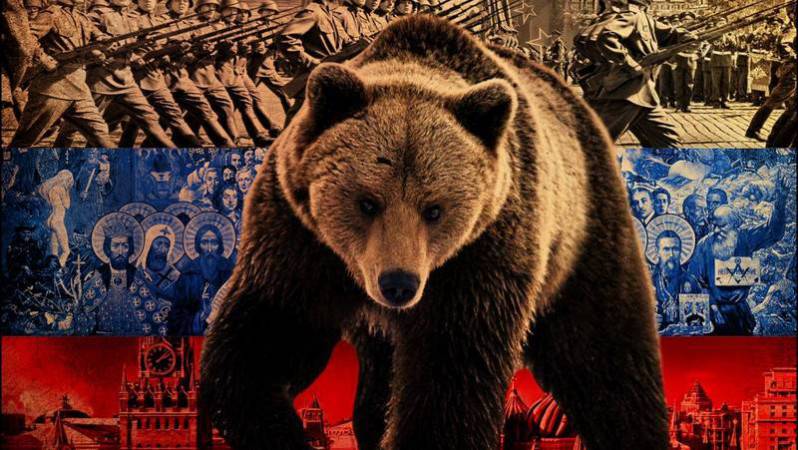 The country itself and its leader were called aggressors, occupiers, empire builders, and even compared with Nazi Germany. In psychology, there is the term "projection", which describes a protective mechanism, characterized by the transfer of discomfort to others. Perhaps the United States and its Western allies are under the influence of such a “projection”, since their characterization of Russia is not just wrong, but it rather accurately describes the action of these Western powers themselves.

Russia is not an aggressor

Let's start with Russia. Since 2000, when President Vladimir Putin came to power, Russia was involved in two major conflicts: the Chechen war, which continued from 1999 to 2009, and the so-called five-day war in Georgia in 2008. In both cases, it can be said with a high degree of confidence that Russia was not the initiator of the conflict, and that the nature of its actions was rather defensive.. The Chechen conflict began when the Islamic International Brigade and the Islamist military formations (secretly supported by the CIA) based in Chechnya, under the leadership of field commanders Shamil Basayev and Umar ibn al-Khattab on August 2, 1999, invaded neighboring Dagestan. Russia had no choice but to bring its troops into Chechnya, which was done on the first of October. The campaign ended with the end of the actual independence of the Chechen Republic of Ichkeria and the restoration of military control of the Russian Federation on its territory. This conflict cannot even be called "international", in fact, it was an internal Russian problem.

The conflict with Georgia took place in a similar scenario. On the night of 7 on 8 August 2008, Georgia launched a powerful military operation against South Ossetia to regain control of its territory. There were no provocations on the part of Russia and South Ossetia. This attack led to casualties on the part of the Russian peacekeepers, who were forced to resist along with the Ossetian police. Russia legally reacted to this act of aggression, sending forces of the 58 Army and the Russian Air Force to South Ossetia a day later. Now most experts and mediators agree that it is the Georgian side that started the war.

Since Putin became president, Russia has never attacked or invaded another country, with the exception of situations where it responded to obvious provocations. This fact stubbornly does not want to notice the Western leaders and Western media, preferring to portray Russia as a frightening and unpredictable country. When covering the Ukrainian events, especially those relating to the Crimea, Western media paint the image of Russia as a country that does nothing, which violates the norms of international law and the sovereignty of other countries, when in fact everything is quite the opposite. Can a crisis in the Crimea be called an “invasion”? Firstly, due to the fault of the Russian military, not a drop of blood was shed there; they did not make a single shot, except for warning shots into the air.

There is an argument that Russia violated the territorial sovereignty of Ukraine, but it is worth noting that neither the Crimea, nor Russia recognized the current provisional Ukrainian government. Thus, for them, Ukraine is in a state of complete anarchy and chaos. Well-documented acts of aggression by neo-Nazis in Kiev gave Russia the right to protect ethnic Russians in Crimea. Let me remind you that Russia did not declare that Crimea now belongs to the Russian Federation. She simply sent in her troops to prevent bloodshed in the region. Depending on the outcome of the referendum concerning the status of the Crimea, Russia, without any doubt, will take appropriate steps - that is, it will leave if Crimea decides to remain part of Ukraine, or it remains if the Crimeans vote for joining Russia.

US aggression and NATO expansion

Russia's actions are consistent with international law, and over the past 14 years, it has never demonstrated direct aggression, while the United States and NATO have done the opposite. Only the United States during the same period invaded the following countries: Sierra Leone, Nigeria, Yemen, Afghanistan, the Philippines, Côte d'Ivoire, Iraq, Georgia, Haiti, Djibouti, Kenya, Ethiopia, Eritrea, Pakistan, Lebanon, Somalia, Libya , Uganda, Jordan, Chad, Mali, Turkey. NATO’s conscience, meanwhile, is intervention in the affairs of Bosnia and Herzegovina, Kosovo, the Afghan war and the recent intervention in the Libyan conflict. In the last two cases, the consequences of their “mission” were catastrophic, leaving the countries in a state of devastation and anarchy.

In addition to this, NATO has broken its promise to Russia. Mikhail Gorbachev agreed to the reunification of Germany after NATO promised to refrain from expanding to the East "even by one inch." However, in the 1999 year, Poland, Hungary and the Czech Republic joined the Organization, despite NATO’s allegations that there were no plans for expansion after the end of the Cold War. Another wave of expansion occurred with the accession of the following seven countries of central and eastern Europe: Estonia, Latvia, Lithuania, Slovenia, Slovakia, Bulgaria and Romania. The first negotiations on the membership of these countries began at the Prague 2002 Summit of the Year and ended with the signing of the relevant 29 agreements of March 2004 of the year, shortly before the Istanbul Summit. The last 1 of April are 2009 of the year Albania and Croatia have joined. Currently, negotiations are underway to join NATO with several more countries, including Bosnia and Herzegovina, Montenegro and Georgia.

Putin has every reason to fear that NATO is trying to take Russia into the ring, and the participation of the European Union and the United States in the last Ukrainian conflict only strengthened these fears. Considering the hostility from Western politicians and Western media that Russia constantly faces, should we expect a different reaction from this country than the rejection of the pro-Western government in Ukraine, especially when it came to power through a dubious revolution sponsored by the US?

Russia's policy is receiving negative evaluations from the Western press since President Putin came to power in 2000, and made his defense of Russia's national interests his priority, not allowing the West to continue the intervention. And the recent attacks on Russia are not only unjust and hypocritical, but also perfectly illustrate the desire of the Western powers to discredit and demonize this country for its geopolitical goals. However, the events of the last decade have clearly shown that it is the West that is acting aggressively, and that it is NATO that is nurturing plans to create an empire, and not at all Russia.

Ctrl Enter
Noticed oshЫbku Highlight text and press. Ctrl + Enter
We are
Projection of forceArmament from the exhibition "Made in Georgia"
Military Reviewin Yandex News
Military Reviewin Google News
102 comments
Information
Dear reader, to leave comments on the publication, you must sign in.