The heyday of anti-capitalism 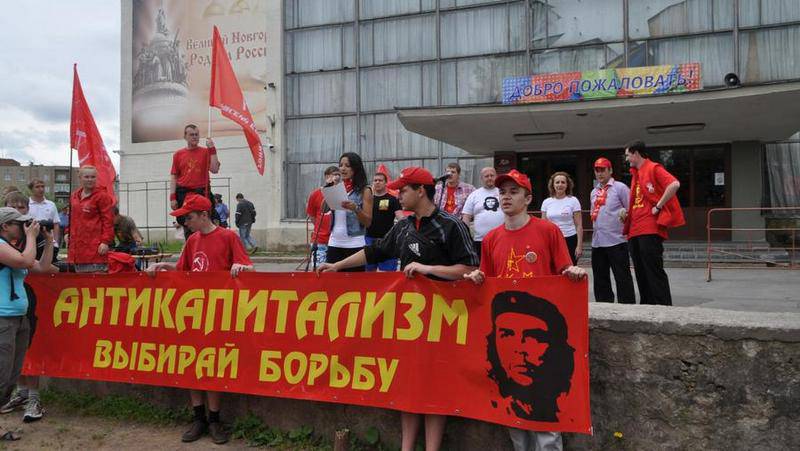 We are witnessing a paradox in the heart of capitalism, one that contributed to its rise, but now threatens its future: the dynamic nature of competitive markets reduces prices so much that many goods and services become almost free, widespread and no longer belong to market forces.

Although economists have always welcomed the reduction in incremental costs, they never anticipated the possibility of a technological revolution that could reduce these costs to near zero.

The first sign of a paradox appeared in 1999, when the music service Napster developed a network that allows millions of people to share music without paying producers and musicians, which has wreaked havoc in the music industry. A similar phenomenon continued to cause serious damage to newspaper production and publishing. Consumers have begun to share their own information and entertainment through video, audio, and text messaging, almost free of charge, bypassing traditional markets.

The huge reduction in incremental costs has shaken these industries and is now beginning to change energy, production and education. Although the fixed costs of solar technology and wind power are somewhat high, the cost of capturing each energy unit outside these areas is low. This phenomenon has even penetrated the manufacturing sector. Thousands of enthusiasts are already producing their own products using 3-D printers, open source software and recycled plastic as raw materials, with almost zero incremental costs. In the meantime, nearly six million students are enrolled through a large number of free online courses, the content of which is also distributed at almost zero incremental costs.

Industrial observers recognize the frightening reality of the zero-cost economy, but argue that free products and services will induce a sufficient number of buyers to acquire higher-quality goods and specialized services, which will ensure sufficiently high profits, allowing the capitalist market to continue to grow. But the number of people willing to pay for high-quality goods and services is limited.

Now this phenomenon is about to affect the entire economy. A new complex technical infrastructure is emerging - the Internet of Things, which over the next two decades has the potential to reduce most economic life to almost zero incremental costs. This new technology platform is starting to integrate everything and everyone. Today, more than 11 billions of sensors are attached to natural resources, pipelines, power grids, logistics networks, and recycling facilities, and they are also installed in homes, offices, shops, and vehicles, feeding up a lot of Internet of Things data. According to forecasts, at least 2020 billions of sensors will be connected to 50 year.

People can connect to the network and use data, analytics and algorithms to increase efficiency and reduce to almost zero the incremental costs of manufacturing and exchanging a wide range of products, just as with information products. For example, in the US, 37 of millions of buildings are equipped with meters and sensors connected to the Internet of Things, which provide real-time information on the use of electricity and change its price for electricity networks. As a result, this will allow homes and businesses that generate and store clean electricity generated by solar or wind power plants on the site to program the software so that it disconnects them from the power grid in the event of a price jump, and they can use their own clean electricity and share the surplus with their neighbors at almost zero incremental costs.

The unresolved question is how this future economy will function if millions of people can do and exchange goods and services almost free of charge? The answer lies in civil society, consisting of non-profit organizations that care about the things that we do and which we exchange, as a society. In dollar terms, the world of non-profit organizations is a powerful force. From 2000 to 2010 a year, adjusted for inflation, non-profit revenues rose to 41 percent at a steady pace, more than double the increase in GDP growth, which increased by 16,4 percent over the same period. In 2012, the nonprofit sector in the United States accounted for 5,5 percent of GDP.

Today, the idea of ​​public domain makes it more relevant that we build the infrastructure of the Internet of Things, which optimizes cooperation, universal access and integration - all of these points are crucial for creating public capital and commemorating the start of a shared economy. The Internet of Things is an innovation platform that allows developing collective communities to flourish along with the capitalist market.

Such a joint, rather than a capitalist, approach is more associated with collective access than with private property. For example, 1,7 million people around the world use car rental services. A recent study found that the number of vehicles owned by participants in the process of using rented cars decreased by half after they started using the service, which demonstrates that participants prefer access rather than ownership. Millions of people use social networking sites, redistributing networks, rental and collaboration sites to share not only cars, but also houses, clothes, tools, toys and other items at a low or near zero price. In 2013, the planned revenue of the sharing economy was 3,5 billion dollars.

The zero-cost growth phenomenon does not have the same effect on the labor market, where factories and offices without workers, virtual retail trade, automated logistics and transport networks are becoming more common. Not surprisingly, new jobs are emerging in non-profit areas that strengthen social infrastructure — education, health care, relief for the poor, environmental restoration, child and elderly care, and the promotion of arts and recreation. In the US, from 2001 to 2011. the number of non-profit organizations increased by about 25 percent, from 1,3 million to 1,6 million, compared with profitable enterprises, whose number grew by only half a percent. Currently, in the United States, Canada and Britain, employment in the non-profit sector exceeds ten percent of the workforce.

Despite such impressive growth, many economists argue that the nonprofit sector is not a self-sufficient economic force, but rather a parasite dependent on government benefits and private philanthropy. Quite the contrary. A recent study found that almost 50 percent of the total income of non-profit sector in 34 countries is in cash, while government support is 36 percent in revenue and 14 percent comes from private charity.

As for the capitalist system, it will most likely be with us for a long time, albeit in an improved form, primarily as an aggregator of network services and solutions, which in the coming epoch will allow it to succeed as a powerful niche player. However, we are entering a world that is partly found outside the markets, where we are learning to live together in an increasingly independent, shared, world heritage.

Ctrl Enter
Noticed oshЫbku Highlight text and press. Ctrl + Enter
We are
New plants and workshops in Russia in 2015 yearResults of the week. “A smart face is not a sign of the mind”
Military Reviewin Yandex News
Military Reviewin Google News
27 comments
Information
Dear reader, to leave comments on the publication, you must sign in.