And whose card is the beat? About refusal of the American payment systems

March 26 2014
325
Conversations that Western sanctions against Russia in connection with the official position of the Russian authorities in the Crimea could put pressure not so much on Russia itself as on the “donors” of sanctions - on the US and the EU - turned out to be completely idle. The first injection was felt by the VISA payment systems (headquarters in San Francisco, USA) and MasterCard (headquarters in New York, USA), which last week decided to block operations with bank cards for several Russian financial organizations at once. The blocking of bank cards took place without any warnings from the banks' management, to which the US authorities imposed sanctions. Subsequently, official representatives of the payment systems MasterCard and VISA explained what had happened with a certain technical malfunction and unblocked the cards of the clients of Russian banks. But it was too late.


Immediately after the fact of blocking bank cards by American payment systems in Russia, they actively talked about the fact that things would not go further, and that it was time to introduce a national payment system by the end of this year. This system will be able to reduce the dependence of the Russian banking sector on American “payments” to a minimum.

It should be noted that talk about the introduction of a full-scale national payment system in Russia has been going on for a long time, but in fact there has been no further talk. And this, by the way, is very suspicious, especially since it is not the first time that VISA and MasterCard allow themselves to simply take one key of a Russian bank using the services of these payment systems into lock mode without no explicit explanations for your actions. 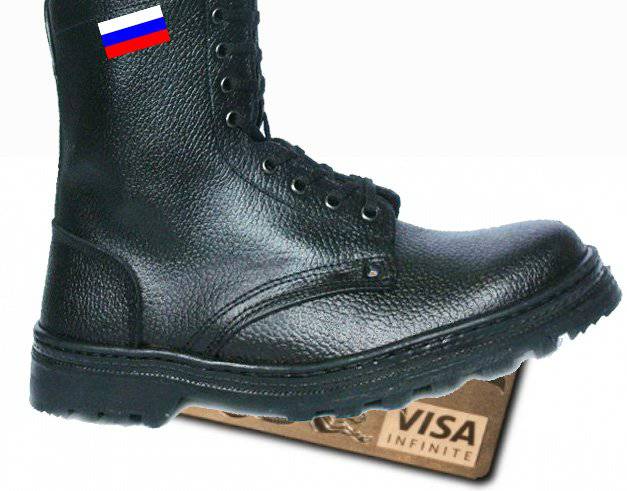 The root reasons why in Russia, in the state with the 6 economy in the world, has not yet been built a full-fledged national payment system (in China, India, Japan, such systems exist and cover hundreds of millions of citizens) reveals the notorious site WikiLeaks. The site publishes information from the appeal of a high-ranking employee of the US Embassy in Russia (archive from 2010 of the year), according to which this employee (his name is Matias Mitmen) strongly recommends that the US authorities put pressure on the Russian authorities to prevent Russia from creating its own large payment system . The published materials cite the words of an embassy employee in Moscow that if Russia creates its own large payment system, then the US payment systems (and this is primarily Viza and MasterCard) can lose only commissions for about 4 billion dollars a year. In addition, Russia will have the opportunity not to send personal data of its citizens to the United States, which VISA and MasterCard are requesting for financial transactions, WikiLeaks also writes about this.

It is extremely interesting that the fact of the possible loss of the use of personal data of Russian citizens (and other clients of Russian banks) is disturbed by the United States as much as possible financial losses ...

By the way, in the 2012 year (that is, after the concerns of Mr. Mitman), Russia created the payment system “PRO100”, but it’s too early to call this system truly Russian. If the number of VISA cards in Russia alone is more than 40 million units, then the number of cardholders with the PRO100 payment system is not even times, but ten times less. In total, the share of American payment systems in Russia accounts for 85% of the bank card market, most of which are designed for payroll projects.

Why Russian “PRO100” could not get a significant share of the Russian market of bank cards? Isn’t it because the US administration in 2010 really "talked heart to heart" with the Russian authorities in order to keep the two sacred US cows in the form of VISA and MasterCard untouched in the area from Kaliningrad to Kuril? And after all, this version no longer looks like a conspiratorial one, based on the fact that information about a peculiar request from an employee of the American embassy came to the surface thanks to WikiLeaks about 4's years ago.

Now there is every chance to develop either the mentioned “PRO100” or implement a new project. The head of Sberbank of Russia, German Gref, said that in about half a year, a full-fledged national payment system could be made through the so-called universal information card (UEC). This card can be ordered today. It combines both a bank card and a personal identification system. The base for her work is the same payment application PRO100, which 14 Russian financial organizations have joined at this stage.

At the moment, the State Duma is already considering important amendments to the draft law on the national payment system (NPS), according to which Russia will cease to use foreign processing services for bank cards. Of particular importance is the amendment, which states that none of the participants in the “customer-payment system” pair will be able to unilaterally stop providing services. As you can see, this point is aimed primarily at the fact that the payment system "did not think" to block the cards at its own discretion.

The transition of the Russian financial space to the national payment system today is important not only from the perspective of, say, “our response to Chamberlain” - that is, in terms of expressing such psychological counteraction to American sanctions, but also with the goal of actually securing the country's financial system. When 85% of operations with bank cards in Russia are controlled from overseas, what real financial independence can we talk about?

In fact, today the White House is in the hands of the lever for managing the state of affairs, at least in the salary sector of the Russian economy. If VISA and MasterCard have already allowed themselves to block the cards of half a dozen Russian banks, then it may also happen that dozens of other banks will be blocked (even for a while) - millions of Russians will become hostages of US interests. Like, nothing personal - technical failure ... It is enough for the managing director of the mentioned American payment systems to make a few clicks of a computer mouse button to block, for example, bank cards of hundreds of thousands of Russian military personnel or millions of doctors and teachers. What kind of collapse this can lead to inside Russia, one can only guess ...

Own payment system will allow to protect personal data about clients of Russian banks from their “transfer” abroad. It’s not for nothing that a kind of joke has recently begun to go around, saying that the Minister of Defense Shoigu doesn’t know so much about the size of the Russian army as well as VISA and MasterCard ... Let’s not forget that American intelligence agencies received personal information about people in different countries of the world this is a whole shadow industry, behind the screen which allowed Edward Snowden to peep. Therefore, the refusal of Russia from the large-scale use of American “payments” is also a possible blow to the NSA.

In general, the mutual acuteness of sanctions is not just empty words.

Ctrl Enter
Noticed oshЫbku Highlight text and press. Ctrl + Enter
We are
Results of the week. "It was a difficult year: taxes, catastrophes, prostitution, banditry and the shortfall in the army"Russian banks began to connect to the National Payment Card System
Military Reviewin Yandex News
Military Reviewin Google News
325 comments
Information
Dear reader, to leave comments on the publication, you must sign in.