In Krasnodar, arrested militant, trained in the camp of terrorists in Syria 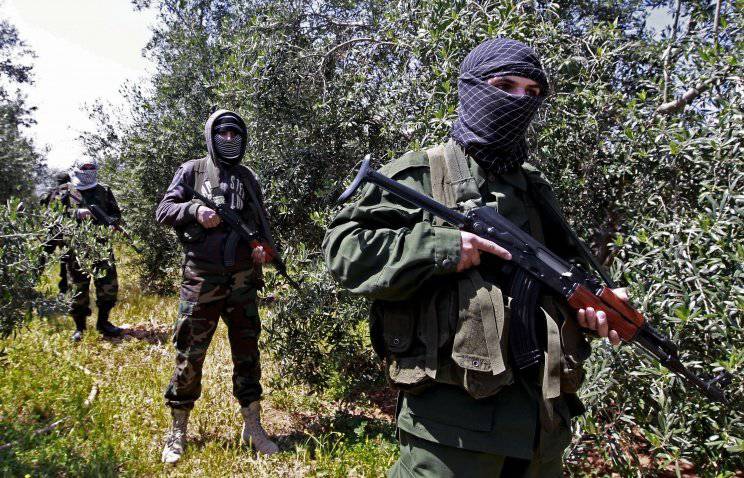 The detainee is a representative of the group "Jaish al-Muhajirin wal-Ansar".


An attempt to enter a Russian militant who had been trained in an international terrorist group training camp was prevented at the Krasnodar airport.

A resident of Karachay-Cherkessia, who arrived from Turkey, was detained on March 19, the press service of the main department of the Ministry of Internal Affairs for the North Caucasus Federal District reported.

The report notes that the detained representative of the Jash al-Muhadzhirin Wal-Ansar group operating in Syria was sent to conduct subversive activities in the territory of the Russian Federation.

The threat of replenishment of the bandit underground remains

As emphasized in the head office, threats to replenish illegal armed groups by natives of the subjects of the Russian Federation of the North Caucasus region who participated in armed conflicts in the countries of the Middle East remain. "Extremists did not abandon the intentions of armed resistance to normalizing the situation in the region. The leaders of the terrorist underground are making efforts to restore the control system and coordinate actions of subordinate gangs. Gang underground ideologists continue agitation and propaganda of extremism, recruiting citizens from among the adherents of radical religious movements "- noted in the message.

In the period from 15 to 21 in March, law enforcement agencies and federal forces in the North Caucasus conducted an 51 operational-search and reconnaissance-search event, during which two members of illegal formations were neutralized in Dagestan, and 15 militants and bandit assistants were detained; wrote one accomplice gangsters. Detected five bases and militant blues and seven caches with weapons.

In Syria, in the composition of the gangs opposing the government forces, people come from Russia, in particular, from the North Caucasus, as well as from some CIS countries. This was announced by 25 in September, the head of the CIS Antiterrorist Center (ATC), Andrey Novikov.

Earlier, the deputy director of the FSB of Russia, Sergey Smirnov, said that 300-400 mercenaries recruited on Russian territory and transferred to Syria could return to Russia. According to the ministry, the recruitment of mercenaries in Russia is underway. “The legislation does not have a clear idea how to stop mercenary. Therefore, we still need to work here,” the first deputy director of the FSB said.

Such people, according to Smirnov, are dangerous because they have experience in conducting military operations, in addition they are passionate about the ideology of terrorism and "ready for open action."

The head of Dagestan: bandit underground is financed from abroad

Ramazan Abdulatipov believes that the intelligence centers of foreign countries are funding the bandit underground in the North Caucasus. “There are many people who pose as defenders of Islam. These people, among other things, receive funding from various intelligence centers that act against Russia. Dagestan, Chechnya, by and large, may not be very interesting for many countries that are competing with Russia. This is a struggle from the very beginning went against the Russian state ", - the head of Dagestan believes.

"We are now fighting the shadow economy and tracing straight threads: the higher the level of the shadow economy, the more these gangsters get support," said Abdulatipov. "There is a direct link between people and structures that have been shielding these shadow structures for years, preventing the economy from developing region ".

He said that the leadership of the republic is actively fighting the bandit underground. "We are about 40 people removed from the forest for the last period - the work goes on and on. Bandit underground will be destroyed sooner or later. It is not recommended for anyone to fight against the Russian state because the state is able to respond to these challenges and cleanse the Caucasus from these people," the head of Dagestan.