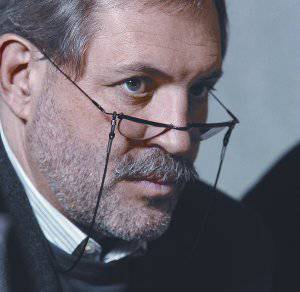 No sensation happened, Putin confirmed his position. He always said that Russia should not take on any unilateral commitments before being fully accepted into the WTO. This is absolutely logical, given the boorish, completely unprecedented procedure for Russia's admission to the WTO.

I have said many times that the WTO for Russia is an unnecessary and harmful organization, since it prevents the implementation of an active industrial policy. Roughly speaking, the state loses funds for economic restructuring. The problem is that we talked a lot about it, but we do nothing. There are some issues that are discussed at the talks and somehow solved, but the fact is that Russia does not pursue a really serious structural policy and does not use those methods that would create a problem in relations with the WTO.

Everyone is already accustomed to the fact that accession to the WTO is a process, and the process is rather a ritual

Many industrial tycoons of the Russian industries have calmed down about the WTO. If earlier they were tough enough, sharply and motivated against, now, unfortunately, there is no problem, they have calmed down. There is another calming factor. Despite constant promises that they are about to be accepted, all the time there is a way to delay this decision. All have become accustomed to, that the entry into the WTO is a process, and the process is rather a ritual. This is a diplomatic dance in which both parties perform their standard steps.

Russia says: “Why don't you accept us, wolves are shameful?” And they tell us: “We will accept it now, but there are problems.” Russia says: "This is discrimination, and you use political motives to not accept us into the WTO." And they say: “Where ?! We do not see! We do not know! The symbol of all this is the Jackson-Vanik amendment, which is direct political discrimination, which has nothing to do with real politics, much less economy.

And by the way our reactions and by the way the West reacts, it is clear that the process of joining the WTO is a political issue. Exclusively! It has no economic value. I wish he had even a negative value. This would mean that Russia is striving to carry out some programs of economic restructuring, which the WTO hinders. But this is not. In fact, this is a purely political dance. That is, the WTO is regarded as a rather meaningless, but definitely definitely colored organization, a privileged club. In the WTO are almost everything except us. There are no large economies beyond the WTO, except Russia. This is direct political hazing. I believe that in these conditions it is not necessary to negotiate accession to the WTO. In principle, we do not mind, but we do not intend to go for humiliation for this. This policy has been and remains, it is formulated, and there is no reason to change it.

With the current crisis, the rise of protectionism seems almost inevitable

The WTO, as an economic organization pursuing its declared goals, has no future. In the current crisis, the rise of protectionism seems almost inevitable. Naturally, the WTO does not have the tools to oppose American, European, Japanese and other protectionism. The WTO is an organization where you can formally complain. Well, a person in the Soviet Union could go to the party committee and complain. Sometimes it worked, sometimes it didn't.

In the WTO, it all works worse; it looks like the party's 1990 model of the year. That is, you can come in, you can leave a statement, and no one will listen to you, because it’s not up to you, and not at all for this, we are sitting here ... In general, this is a meaningless organization. This is about the same as if we had declared ourselves the successors of the CMEA and would not allow anyone into it.