Antisyrian provocations as gestures of despair 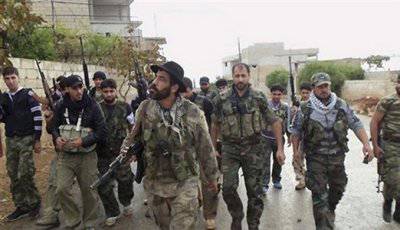 15 years ago, 24 March 1999, the violent aggression of the United States and the NATO military bloc against a sovereign state - the Federal Republic of Yugoslavia - began. During 78 days, bombs from the aggressive North Atlantic Alliance ground Serbian cities, destroyed civilians, compared houses, hospitals, factories, sanatoriums, schools — everything that was created by the Serbian people over many decades of work.


One of the fierce supporters of the aggression was the current Prime Minister of Turkey Recep Tayyip Erdogan. Then, in the 1999 year, he was sentenced to a short prison term for propagating radical Islamist ideas and inciting interfaith strife. Going to prison, Erdogan made a public statement on the absolute support of the NATO bombardment of Yugoslavia and wished the Turkish pilots who participated in the punitive operation “to return home safely.” After that, this ideological heir to the Ottoman pasha repeatedly made statements in support of Islamic fundamentalists in the same Kosovo. In particular, on October 23 of 2013, he visited the self-proclaimed pseudo-state and brazenly declared: “Kosovo is Turkey, and Turkey is Kosovo”.

It is significant that Erdogan considers Turkey not only a NATO gangster enclave in Kosovo, but also a sovereign and self-sufficient state - Syria. Obsessed with the idea of ​​restoring Turkish domination in Syria, he not only helped create training camps for anti-Syrian terrorists on his country's territory, not only gives them full support, not only calls to bomb Damascus just like Belgrade, but also directly intervenes in the crimes of terrorists .

While the heroic Syrian army continues a successful operation around the city of Yabrud, Damascus province, clearing the remnants of the gangs in the mountainous region of Kalamoun, as well as in the province of Homs on the border with Lebanon, the terrorists, with the direct support of Erdogan, attacked near the border between Turkey and Syria. Thus, it is - a kind of attempt to revenge for the successes of the military in the south and in the center of the SAR.

The 21-22 of March began attacking numerous militant groups from the Turkish border (according to various sources, their numbers vary from 5 thousand to 10 thousand). Reflecting the invasion, the Syrian army destroyed many attackers, including the leader of a group belonging to the Dzhebhat Al-Nusra terrorist organization. Cars with machine guns mounted on them were crushed.

Unfortunately, the bandits succeeded in occupying part of the city of Kasab in the province of Latakia, where most Armenians live. At the same time the Turkish artillery helped the terrorists. The ambulances of Turkey belonged to the wounded militants. All this contributed to the capture of many neighborhoods of the city.

Many residents of Kasab were forced to leave their homes. The number of refugees increased by a few thousand more. But then Turkey, along with other NATO countries, will falsely cry about the fate of the unfortunate Syrian refugees, accusing the legitimate authority of everything ...

On this occasion, BAS Permanent Representative to the UN Bashar Al-Jafari sent messages to the UN Secretary-General and the UN Security Council. The documents state that members of terrorist organizations, such as “Dzhebhat An-Nusra” and “Islamic Army”, penetrated through the territory of Turkey into Syria, into the territory of the province of Latakia. At the same time, when the SAR army repelled the attack, Turkey helped the attackers by providing them with military and material and technical assistance. Such actions, according to Al-Jafari, are evidence that Turkey continues to support terrorism in the region, helping Al-Qaida and related organizations. This is a flagrant violation of international law, the UN Charter and the principles of good neighborly relations between states.

23 March One of the Syrian air force aircraft, which participated in the anti-terrorist operation in the Kasab area, was hit by a missile fired by a Turkish military aircraft F-16.

Fortunately, the pilot - Colonel of the Syrian Army Sabet Ishmael - managed to eject and survived. The MiG itself sank in the Mediterranean.

According to the Lebanese television channel Al-Mayadin, the SAR army was able to strike back: the camp in which the militants were training was destroyed in the Turkish province of Hatay.

The Syrian Foreign Ministry issued a statement calling the incident aggression and an attempt on the country's sovereignty, demanding that the international community condemn this criminal act.

In addition, the bandits fired missiles at the city of Latakia, killing 7 civilians, and dozens of people were injured.
During the defense of the city of Kasab, a relative of President Bashar Al-Assad, General Hilal Al-Assad, was killed. As can be seen, the family of the head of state does not sit out in these difficult times for the country, but fights together with the military.

As for Turkey, it continues to threaten Syria. Thus, one of the Turkish ministers of the Erdogan government stated that official Ankara could launch a military operation against Syria, ostensibly to protect the tomb of Suleiman Shah. This tomb of the founder of the Ottoman Empire is located in the Syrian province of Aleppo, 30 kilometers from the border between the two countries. This site is a sovereign territory of Turkey, under the protection of the Turkish military. But, as can be seen from the events under the city of Kasab, the leadership of Turkey does not make much of a difference between the territories of their country and Syria. So there may be provocations in the area.

Last week, provocations against Syria were carried out on the other side, from the south. Several armed groups attempted to penetrate from the territory of the Israeli-occupied Golan into the Syrian province of Quneitra. When the UAR army entered into a clash with them, Israeli forces opened fire on army positions. Seven soldiers and several civilians were injured.

These anti-Syrian provocations were preceded by extremely unfriendly actions against Syria by Washington. Thus, the permanent representative of the UAR in the UN Bashar Al-Jafari was restricted freedom of movement, in violation of all international norms. Then Washington announced the expulsion from the United States of Syrian diplomats and employees of all Syrian diplomatic missions remaining on their territory.

Some analysts believe that a kind of "revenge" of Russia for the annexation of the Crimea is possible - the bombing of Syria. However, the time of the aggressors is gone. The Syrian army after the fighting in the area Yabrud achieved a radical change. Now the hostile forces can only repair various kinds of provocations like gestures of despair, in impotent rage make threatening statements. But now is not 1999 a year, and the repetition of the Yugoslav scenario is almost impossible.

Ctrl Enter
Noticed oshЫbku Highlight text and press. Ctrl + Enter
We are
The attack on the Russian aircraft and the political situation in TurkeyTragedy in Ankara. Who blows up Turkey?
Military Reviewin Yandex News
Military Reviewin Google News
27 comments
Information
Dear reader, to leave comments on the publication, you must sign in.