How much is the Crimea. Conversation with a liberal

March 25 2014
315
The situation around the reunification of the Crimea and Russia finally put everything in its political palette. It became clear who was a patriot, and who only dressed as a patriot, pursuing his goals using appropriate rhetoric. Leaders of the opposition and some cultural figures in Russia have lost the last remnants of the respect of their compatriots. A vivid illustration of this word is of a Crimean who approached me on the square of Simferopol during the people's triumph on the night of 17 on March 18. 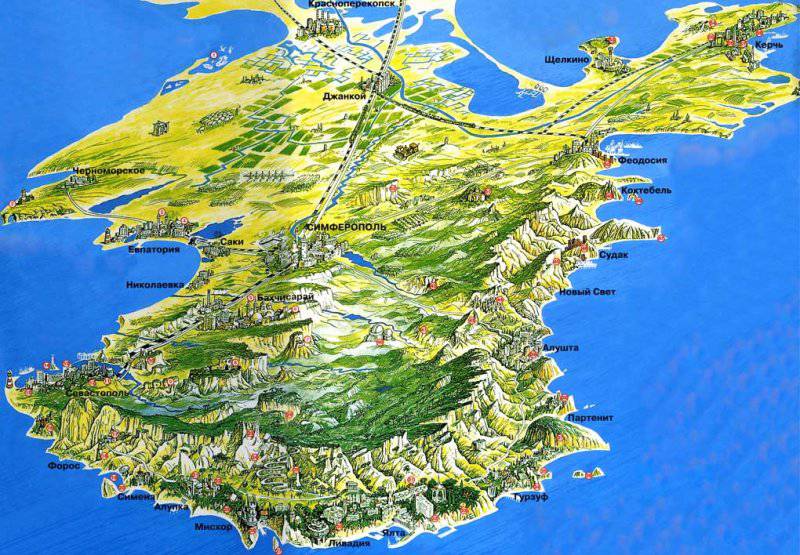 - And what Makarevich - a man asked me, next to which stood four sons "small-small-smaller" - He, what really does not want us to become part of Russia? What happened to him?

He was always like that. Our “oppositionists” liberals have always been like this, always supporting the steps of the West and always speaking out against the steps of Russia. So the latest argument of the liberals today is the statement that "the annexation of the Crimea will cost Russia dearly." In the financial sense.

To be honest, I’ve got used to the fact that liberals look at everything going on through the prism of a wallet. They think with money, they live with money and everything measures money. But in the situation around the entry of the Crimea into Russia, it turned out to be so characteristic that I did not consider it to be wrong.

Let us examine the arguments of the liberal.

The Crimea became part of Russia - now Russia will have to spend money on “pulling up” the peninsula to the all-Russian level and invest in its development. Further, as always, there is a groan that these funds are better spent on “hospitals and schools” or distributed to “orphans and pensioners”.

The first thing I want to notice is that we know very well how the liberals “cared” for orphans and pensioners. Orphans in the period 90-s, hungry pensioners, "not fit into the market." Constant appeals from the liberals to stop paying maternity capital and increase the retirement age. Today’s fascist liberals who came to power in Ukraine are going to save on pensions and social benefits. They are going to increase the retirement age and stop funding sports clubs. That is, they do everything that the liberals in Russia could not or did not manage to do. Therefore, talk from a cannibal about human rights can only be viewed as a way of mimicry and demagogy. As for "kindergartens, schools and hospitals," we all saw how liberals in 90-s literally built up the whole country with gardens, and polyclinics. It did not pass, nor drive across Russia from schools of general education and sports schools. At every step, schools and children's institutions were opened. So? No not like this. Not at all. And these people who purposefully destroyed science and culture, demography and sport in their homeland, still dare to say something?

But to say such a liberal-so in fact will not understand anything. He after all thinks money, efficiency and profit. I will try to explain in a liberal language why Russia needs Crimea, and Crimea needs Russia. At the same time, I deliberately will not use such incomprehensible categories for a liberal as solidarity with compatriots, a desire to help people of their culture and language and a sense of justice towards those who are oppressed.

When you buy an apartment, you only incur expenses. Not only have you spent on buying a home, so you still have to do repairs in the apartment. And these are “direct and senseless” expenses. From the point of view of liberal logic, you should not buy an apartment and make repairs, but give all these funds to elderly parents or completely spend them on teaching children. It is clear that a normal person will help parents and children will not be left alone with difficulties at a difficult time. But any adult person understands the meaning of buying an apartment, and understands the meaning of its repair. Economy, efficiency or profit, these actions can not be explained. Here we are talking about something else - housing you leave your children and grandchildren. And in a beautifully renovated housing, you yourself will be pleased to live. If we follow the logic that the liberals are trying to dictate to us in the situation with the Crimea, we must live on the street in a cardboard box. Everything else is a silly waste of money. So, reunification with the Crimea is the same for the country as for the family to purchase housing. This is an extension of the territory of our civilization, our family. But liberals are a brain, a purse and a conscience - members of a foreign civilization. Therefore, they resist!

The territory of our planet is finite. No wonder Mark Twain said a very long time ago: "Buy land, it is no longer produced." Any territory is mineral resources, these are geographical and geopolitical advantages. There are minerals in Crimea, in the Crimea our base fleet. Talking that we will spend money in vain on its maintenance is like starting to say today that we gave Alaska to the United States correctly. And what - the budget was saved. But it is obvious that today Alaska would not have bothered us, and the minerals found there more than paid for the United States the amount paid to Russia for this territory. The liberal wants the territory of Russian civilization to be as small as possible, and the Anglo-Saxon, western - as much as possible.

Surprisingly, supporters of the market economy, with which the liberals position themselves in such a way, do not want to think in any way with “market categories”. Why does the European Union absorb weak economies and immediately start subsidizing them? Because by this he captures their markets and increases the markets for his campaigns. Crimea for Russia is an expansion of the market of everything that is possible for Russian campaigns. Additional couple of millions of consumers are liberals for some reason do not want to see. All over the world, states and unions are trying to expand their zone of economic and political influence. Everywhere liberals are “for” - as soon as Russia does the same thing - all liberals, especially Russian, are categorically “against”. The goal of liberalism is to open the markets of the whole world to the West. Therefore, the opposite must be done in every way to brake and ridicule.

Investing in the Crimea will create jobs, give people money that will be spent in Russia. But for a liberal, the only important and correct placement of state funds is the purchase of US and European bonds. At the same time, for some reason, they themselves, in their economic “private” activities, do not invest money in treasurers, but expand their companies. They buy competitors, open branches. They are trying to occupy as large a market share as possible, to stake out for themselves as large a niche as possible. For the state, for Russia, the liberals have completely different recipes than they declare in their personal, political or economic life.

Ctrl Enter
Noticed oshЫbku Highlight text and press. Ctrl + Enter
We are
About Stalin and KhrushchevWhat you didn't want to know about England
Military Reviewin Yandex News
Military Reviewin Google News
315 comments
Information
Dear reader, to leave comments on the publication, you must sign in.