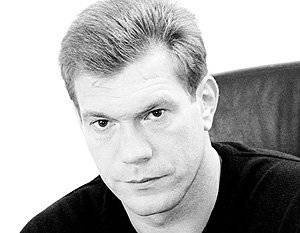 Gold reserves are rapidly declining. Growing country debts for energy. On the streets of banditry. The country has lost part of its territory. The collapse in production, the growth rate of the hryvnia. Delays in social benefits.


And the understanding that the government is in such a hurry to hold elections only because after they are held, even raising utility payments three times and spending a sequestration of the budget, there will still be nothing to pay pensions and salaries.
Even the IMF loan against the background of falling production will help only for a while.

The power is doomed, and the only question is whether it will be swept away - by the insurgent people or the Nazis and the self-defense units. History teaches that one political force that came to power through a coup is often replaced by a more radical one. In the 1917 year, it was the Bolsheviks, now it may be the Nazis ... In addition, do not hope that the protests will not turn into a civil war.

The civil war began about a year after the bourgeois revolution. It will take time for enterprises to stop completely, so that people’s stocks of money and food will run out.

A stratum of people must be formed who have nothing to do but to rob and fight ... Babel described all this well in his book “The Army of the Army”. By the way, I have a feeling that today's so-called authorities, in forming the National Guard, are doing everything so that the number of people involved in the war is greater.

It is not possible to explain the actions of yesterday’s opposition - the current illegitimate government in terms of the interests of the country. After all, it is difficult to explain the consequences of Maidan, which we are already seeing and which are still coming, simply by the desire to change the president a year earlier. This could be done without shocks, in a constitutional way, through elections.

To explain the actions of this “power” from the point of view of self-preservation is also difficult. But on the other hand, it can be easily explained by assuming that they perform the task imposed from the outside within the framework of the theory of controlled chaos.
The task of turning the state of Ukraine into the territory of devastation.

Meanwhile, the government continues to generate laws and decisions that continue to split the society, increase tension and aggravate the situation.

The abolition of the law prohibiting the propaganda of fascism. Attempt to repeal the law on regional languages ​​... Holding the Day of the Russian language, and then closing the Russian versions of state sites. Introduction of mobilization - and the abolition of mobilization. Deciding on the introduction of entry visas from the Russian Federation - and the abolition of this decision. Signing the political part of the association agreement. Adoption of the law on ensuring the rights and freedoms of citizens in the temporarily occupied territory of Ukraine, in which citizens of Ukraine are forbidden to visit the Crimea and conduct business with Russia.

The law on preventive detention, compared with which the laws of January 16 - just childish pranks! Attempts to cancel 1 May and 9 May holidays. Arrests of people for their statements about federalization, although in fact, those who want to save the country speak of federalization.

On the contrary, if this “power” went to meet the wishes of people in the matter of the second state language, in the question of increasing the rights of the regions, I am sure she would be able to save Crimea for Ukraine.

So who is really a separatist, and do not these shy remind the agony of power?

Ctrl Enter
Noticed oshЫbku Highlight text and press. Ctrl + Enter
We are
Interview of V. Putin to Channel One and the Associated Press AgencyWhat you didn't want to know about England
Military Reviewin Yandex News
Military Reviewin Google News
126 comments
Information
Dear reader, to leave comments on the publication, you must sign in.