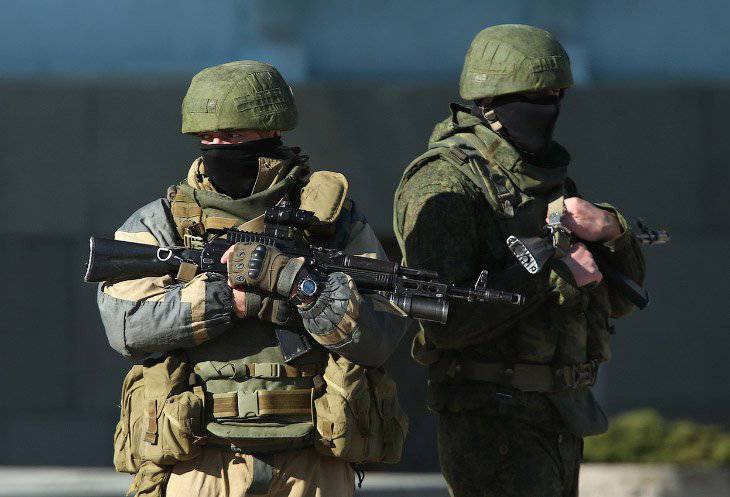 There will be no elections on the territory where the state of Ukraine has been until recently. And it’s not even the fact that the authorities in Kiev were seized by characters who could never come to it through elections and, therefore, are not interested in any elections. The fact is that from the real collapse of the former Ukraine, nothing can hold. No election can glue the already virtually ceased state. And no result of them will be able to arrange the entire territory, once the former Ukraine.

However, the provisional government in Kiev still depicts the process of its legalization. The individual who has entrusted the powers of almost all the top posts of the former state signed the amendments to the electoral law. They are very revealing. According to these amendments, the elections will be considered valid regardless of the number of polling stations and even districts.

On the one hand, it will allow not to recognize the withdrawal of the Crimea from the subordination of the territory of chaos to the provisional government. On the other hand, it will allow proclaiming any fiction by the elections. The amendments will theoretically allow even one Lviv region to elect the president of "All Ukraine". Where the result is obviously inappropriate, you can never open the polling stations.

And the justification will be really real: the interim government simply has no money for elections. And will not. The head of the provisional government, Kerensky Yatsenyuk, reduces all possible expenses and raises taxes on all residents of the former state. Naturally, except for the so-called "respected people", that is, the oligarchs.

So the interim government is trying not to leave the army without a monetary allowance. And this is done not at all because "Ukraine is preparing to repel Russia's aggression." This is done so that the commanders of military units as soon as possible realize the immutable truth: a rifle gives rise to power.

It will not help. The only force capable of collecting taxes in the territory of chaos, are gangs. With their help, the state was eliminated, and now it is they who are replacing the bodies of power and law and order. In the current situation, paying taxes on meager incomes is possible only under duress. But even if the gangs are handed out "mandates" to collect taxes, the budget is not filled. Bandits simply will not share the loot.

The only way out for the interim government would be to launch a printing press and release unsecured and rapidly depreciating money masses. Wherever the state ceases to exist, money substitutes, a card distribution system, barter, appear. And in this situation, real power is always shifted from the center (Kiev) to the local level. This is ... not even federalization, and not an elected local authority, which individuals who portray central authority are so afraid of. This is the actual design of the collapse of the former Ukraine. This is the power of circumstances. And the interim government simply cannot stop this process.

In the current situation, the power will be in weapon. And besides legalized gangs, the army has this instrument of power. And that is what the interim government is trying to keep under control. The same purpose is served by whipping up hysteria in the Ukrainian media, as well as the redeployment of units subordinated to the provisional government. The armed forces of the former Ukraine are trying to save money, trying to switch their attention to a fictional external threat. Why?

Yes, because the interim government is afraid of its own army much more than the unarmed people of the South-East of Ukraine. In a situation of already coming economic collapse, it is very difficult to retain control over the “man with a gun”. Both law enforcement agencies and military units will be subordinate to the power that will be formed in the places of permanent deployment. And where there will be more than one contenders for power, it will be the “man with a gun” that will become the real power. Neither the armed gangsters nor the oligarchic private security firms will be able to prevent the army and law enforcement agencies. No personnel cleansing, “Maidan commissioners” and a monetary allowance from the last forces of the budget will not be able to change the process that was launched by the overthrow of power.

And the sooner people in uniform will understand that it is they who have the real power, the less opportunities for bloody sweeps in the South-Eastern regions will be in the provisional government.

Ctrl Enter
Noticed oshЫbku Highlight text and press. Ctrl + Enter
We are
What you didn't want to know about EnglandVladimir Churov: On Observance of Citizens' Rights in the USA
Military Reviewin Yandex News
Military Reviewin Google News
88 comments
Information
Dear reader, to leave comments on the publication, you must sign in.